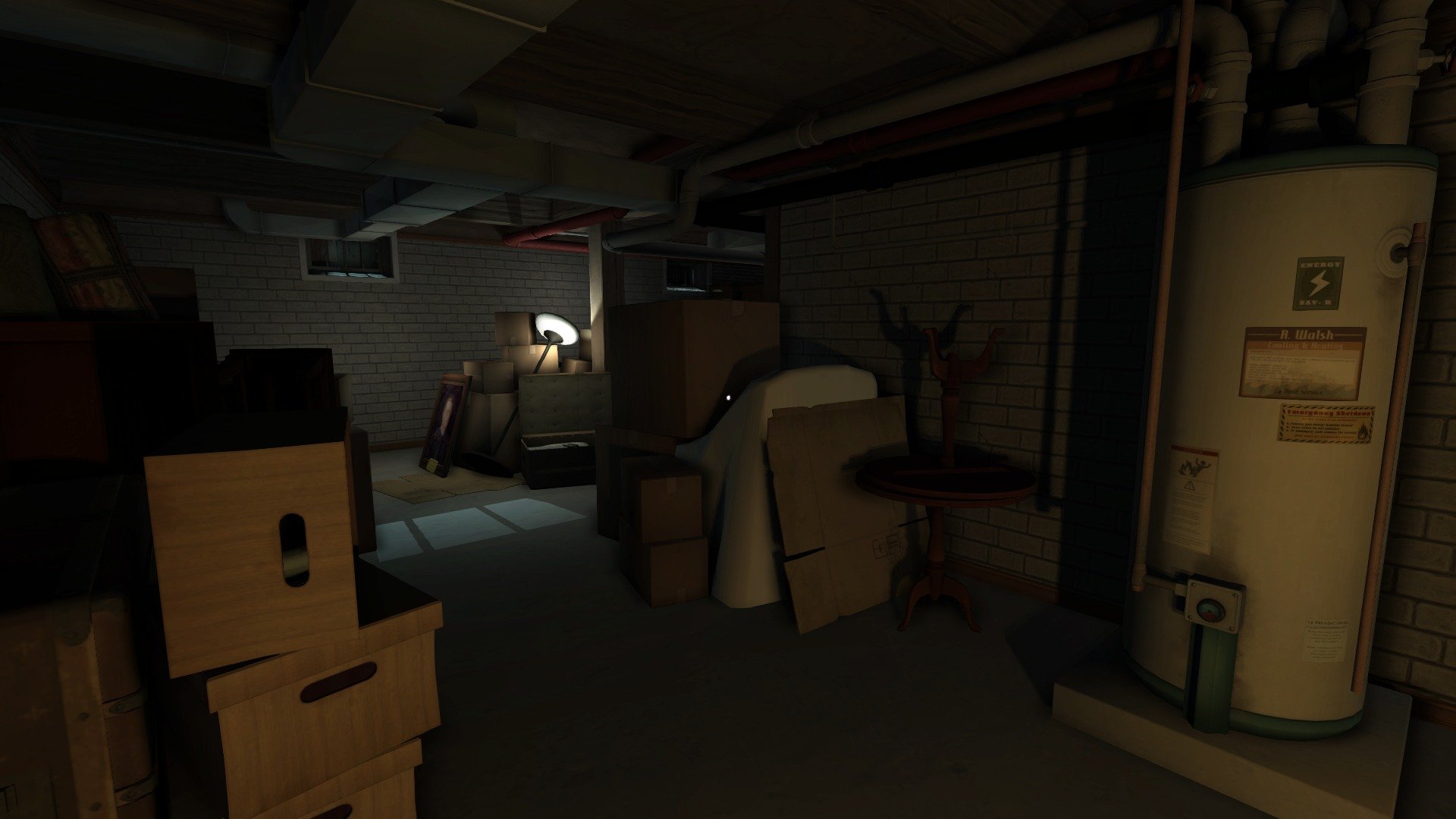 Horror games certainly deliver plenty of scares and nightmarish monsters, but sometimes non-horror games manage to deliver some of the weirdest, creepiest, and most disturbing sequences we’ve ever seen. It’s easy to let your guard down and relax when you don’t expect a specific game to deliver such a frightening experience, especially those that don’t fit into the horror genre altogether. Join us as we take a look at some of the scariest and most disturbing moments in non-horror games. Just don’t blame us if you end up losing sleep over these unexpected horrors.

While Kakariko’s well mini-dungeon is brimming with creepy chanting, deadly traps, and nightmarish ReDead’s none of these come close the sheer terror we experienced when we encountered Dead Hand for the first time. After clearing the dungeon’s various puzzles the player must descend deeper into the abyss. Upon entering the dungeon’s base the player is met with four bloodied hands that reach out from underneath the ground. If Link steps towards one of these hands it instantly grabs his face and the real monster quickly reveals itself. Dead Hand appears as flabby mass covered in patches of blood – with two bloodied spines for hands and a head with a gigantic, gaping mouth armed with over-sized teeth. Fighting this wall of reanimated flesh is made even worse by the fact that you first encounter Dead Hand as Young Link, which makes the battle all the more scary as it towers over you with its menacing smile.

Gone Home certainly has a creepy vibe to it and exploring Katie’s deserted family home is far from relaxing, but it’s not heart-stoppingly terrifying either. In fact, the game doesn’t feature any scary monsters or disturbing scenes – instead Gone Home builds tension through the various notes, newspaper clippings and clues that are scattered around the empty house. The game’s atmosphere really ramps up when the player descends down into the basement. We expected something horrific to happen to us when we reluctantly forced ourselves down those dimly lit stairs, but nothing ever did. The sheer tension created in this sequence still gives us goosebumps to this day. Just don’t mention the crucifix jumpscare!

While Lavender Town is widely regarded as one of the most creepy parts from the Pokemon series, we think Pokemon X and Y delivered an equally unsettling moment. Upon entering the three-story building in the North Boulevard in Lumiose City and going to the 2nd Floor, the cheery music will stop, the screen will flash, and a ghostly girl will appear right behind you. After pausing for a few seconds she’ll float past you uttering "no, you're not the one" right before vanishing. This unexpected encounter sent chills down the spines of trainers all over the world and sparked numerous discussions and fan theories. However, the mystery surrounding this ghostly girl’s role still remains unsolved to this day – further demonstrating that the world of Pokemon is just as creepy as it is cutesy.

As far as post-apocalyptic towns go the residency of Andale doesn’t seem all that bad from the outside. In fact, when players first arrive at the town, the residents are very welcoming and they even invite you to dinner. However, the town holds a very dark secret. As you talk and explore your way around the town, you quickly discover that the townsfolk aren’t as nice they seem. If the players ventures into the basement, they’ll uncover the revolting truth behind Andale’s survival. Dismembered body parts and blood soaked walls suddenly paint a more disturbing picture of the town. It turns out that the four families of Andale are cannibals and they not only regularly murder and consume outsiders, they also inbreed. Once the player uncovers the town’s dirty secret, the residents become hostile and begin to attack. This scenario makes encountering the game’s Death Claws more like a pleasant walk in the park.

The morgue in Batman: Arkham Asylum

The Arkham series has never been filled with colour and joy, but it has done an excellent job of capturing the dark and seedy underbelly of Gotham. While Batman games tend to be dark in both looks and nature, they rarely deliver any genuinely scary moments. However, Arkham Asylum’s morgue managed to send a shiver or two down our spines. The morgue is filled with all the classic horror tropes we’ve come to expect with slamming doors, spooky whispers and swarms of cockroaches. We sighed when we initially saw these various scenarios play out, but then we tried to leave. However, the room ends up looping back in on itself and this time we are met with three body bags. The player must open each body bag and listen to Bruce’s parents taunt him until a Scarecrow leaps out from the last bag, plummeting players into a hallucinatory stealth obstacle course. It’s certainly one of the weirder moments in the Arkham series.

Max Payne’s story of revenge is not wholly original, but boy does it deliver an intense and disturbingly creepy scene. At the start of the game, players are forced to play through the moment Max’s wife and child are murdered by junkies. It’s pretty heavy stuff and it’s not an easy scene to play through, but things take turn for the worse later in the game when Max is overdosed with a drug that sends him into a disturbing hallucination. This horrifying trip is set in a nightmarish version of Max’s house where haunting echoes of his wife and child can be heard. Things get even creepier when the player is forced to follow a trail of blood set to the cries of both wife and baby. Max Payne may be full of clichés and terrible facial animations, but we never expected it to deliver such scary sequence.

You’d think we’d know what we were getting ourselves into when playing a game about fighting huge wyverns with over-sized weapons, but Monster Hunter Tri gave us a pretty big shock during one of its early-game quests. While Monster Hunter has always had players encounter higher tier monster during various gathering and low level missions, the helplessness was only heightened by Tri’s underwater mechanics. We naively thought that Monster Hunter Tri would ease us into these new mechanics and a simple ocean gathering quest looked like the perfect time for us to wet our hunter’s ears. Even quest environment flagged up as stable, so we ventured forth blissfully unaware that a terrifying beast would be lurking in the depths below. Once we killed and harvested the required materials from the docile Epioth’s, we casually swam into the next area unaware of the toothy Lagiacrus that lay in wait. Trying to get the last monster gut while the game’s titular monster tried to tear us apart is definitely one of the most nerve-racking experiences we’ve had.