Back with another of those block-dropping beasts. 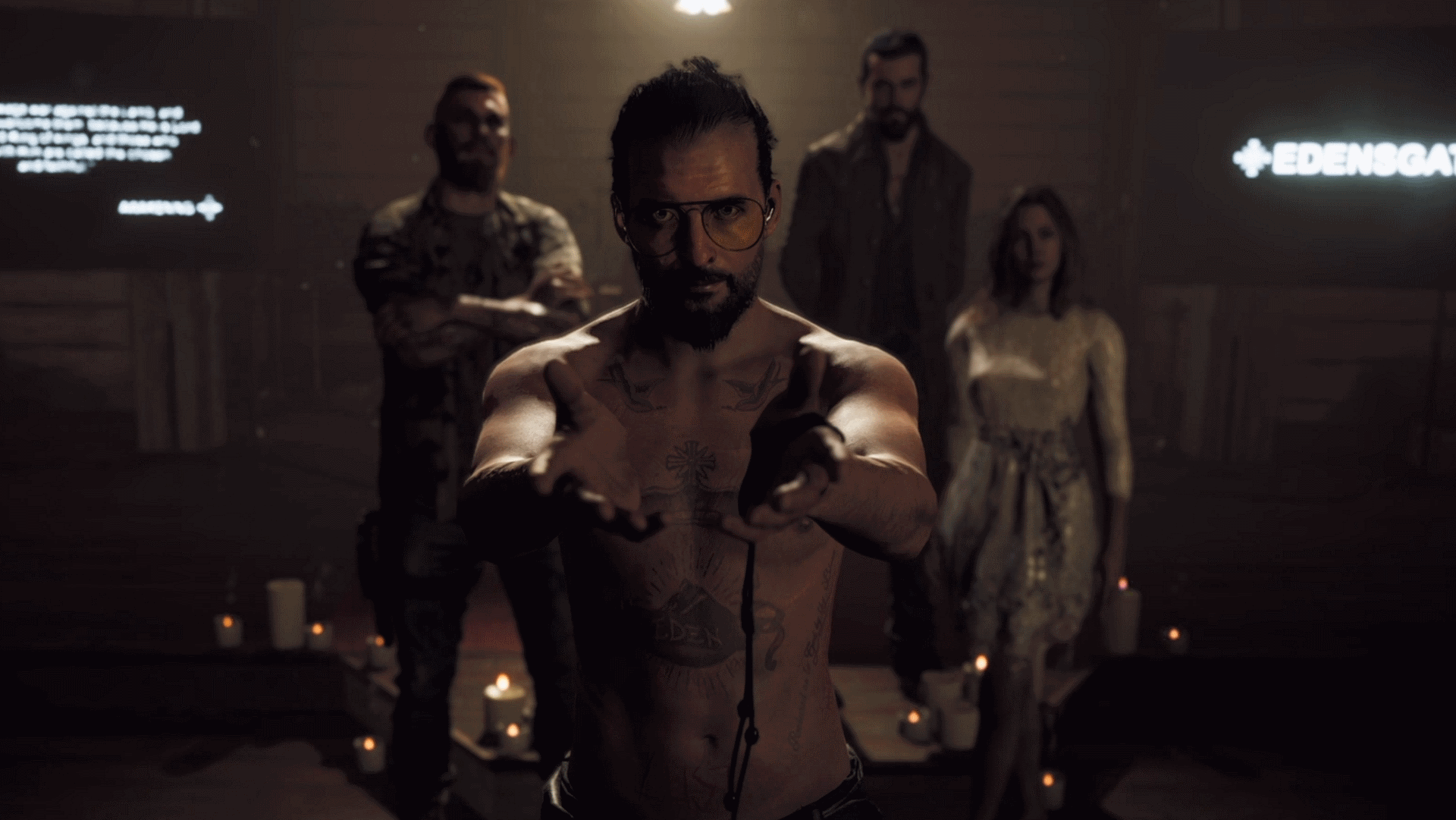 How to find and access every Dutch's Island and John's Region Prepper Stash in Far Cry 5.

Far Cry 4’s secret ending was one of the coolest tricks hidden up the game’s sleeve. A genius move by Ubisoft, we couldn’t wait to see if they’d try something similar for the hotly anticipated Far Cry 5. Considering the attention it drew in the previous game, it would have been a real missed opportunity to have skipped over it here. Fortunately Ubisoft clearly recognized that draw and has given Far Cry 5 its very own secret ending. While it’s not quite as entertaining as the last one, it’s still worth experiencing for yourself.

(Hope County? That can’t be real! Or could it…)

How to get the secret ending

Far Cry 5 opens with you taking a helicopter ride to arrest Joseph Seed, leader of the nefarious Eden’s Gate cult that has all but overrun Hope County, Montana. Even before you land, it’s clear that the situation isn’t good. You’re not met with violence, but the threat of it is palpable as armed cultists leer and spit vitriol as you head toward their leader. Any seasoned gamer will immediately recognize you won’t be leaving without a fight. Then again, that entirely depends on how you choose to handle things.

When you’re ordered to handcuff Joseph Seed, your chance to earn the secret ending has arrived. What do you need to do? Nothing. Ignore the increasingly irate orders from the agent to your side and keep those fingers off the button. It might feel awkward to simply stand staring at Joseph’s bare chest and outstretched arms, but suffer through this for just a couple of minutes and the sheriff will interrupt, telling you to forget it. The two of you will turn and leave, despite your superior’s orders.  Finally, the credits will roll. Congratulations! You just beat Far Cry 5.

It’s not much of an ending compared to the flamboyant Pagan Min’s handiwork in Far Cry 4, but it makes for a nice nod to the preceding game. If you’re looking to make a bit more out of your time in Far Cry 5, there’s plenty in Hope County to keep you occupied. Start your adventure through Montana right by checking out our guides on how to find the Compound Bow and where to find the key to Dutch’s secret locked door. Happy cultist hunting!