Sea of Thieves' hunt for the golden banana bunch is over 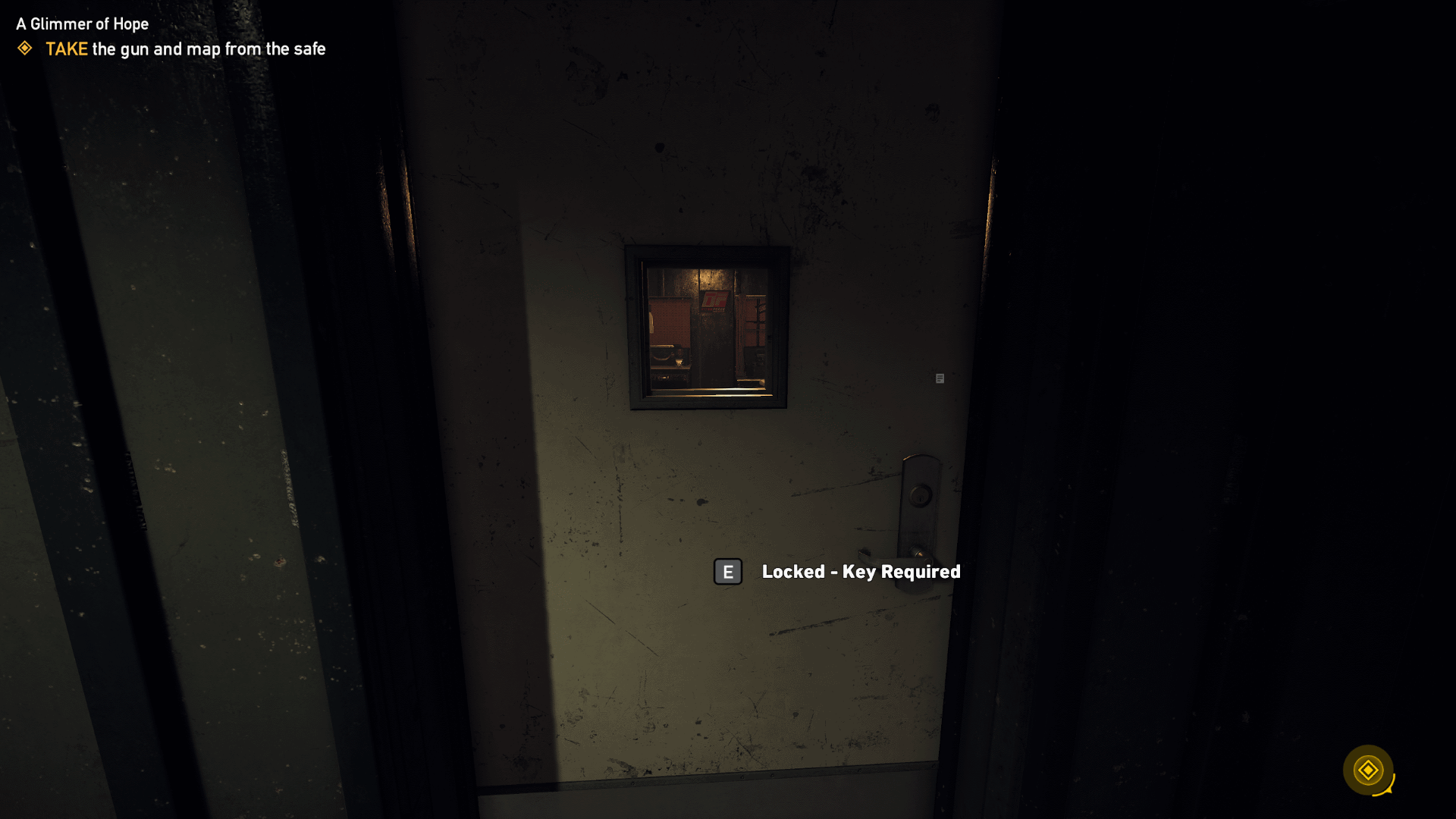 If you want to head back out to the high seas today, download the game again.

Far Cry 5 is filled with plenty of locked doors, but fortunately the key is always stashed somewhere handily nearby. Often it’ll be hidden in a nearby drawer, but sometimes it’ll be part of a larger mission you need to complete.

The first time you’ll come across a locked room that involves a bit more effort to open is right after the opening sequence, as part of a mission called a Glimmer of Hope. This quest takes place in Dutch’s bunker, and the key is a lot easier to find than you might think.

You won’t find the key to Dutch’s locked room just lying around in the bunker, instead you’ll have to progress a bit if you want to get it. Most players (read: us) understandably hesitate to travel further out of fear that they’ll lose the chance to unlock the door, but you’ll need to press on before you can return to gain access.

Finding the key is simple: speak to Dutch as part of the Glimmer of Hope mission. He’ll direct you to open his nearby safe and grab the gun there. You’ll find the key you’re looking for next to it. Grab it and head back to the locked door. It’s really as simple as that to gain access, but you might be disappointed with the reward. Inside you’ll find a note to read and some crafting materials. Yup, that's all. Sadly there are no guns or stashes of cash to kick off your adventure with a bang. It’s all a bit underwhelming really but hey, at least that’s one mystery that won’t nag at you any longer

Once you’ve looted the room you can head out into Hope County proper and start your adventure. Fortunately it won’t be long before you’ve got your hands on some really fun gear to cause mischief with. You’ll start off by clearing Dutch’s Island for him, and this’ll give you the opportunity to grab a Compound Bow. As every gamer knows, bows are the ultimate weapon, so why not check out our guide on how to find it? Ten minutes spent hunting wildlife and cultists with a bow will be more than enough to leave Dutch’s disappointing room behind you.