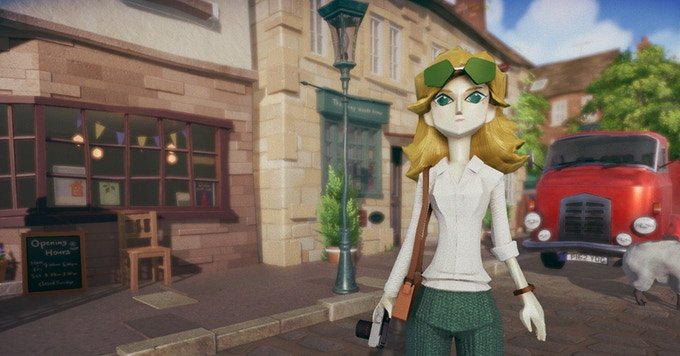 PUBG to get weapon skins in new loot crates

The title had previously tried raising funds on game-specific funding platform Fig, but has now switched to Kickstarter and lowered its target from $1.5 million to $650,000. The game's art style has been spruced up, and the game pitch is a lot more detailed this time around.

A collaboration between SWERY's White Owls studio and Panzer Dragoon designer Yukio Futatsugi, The Good Life is set in the idyllic English village of Rainy Woods. You play as Naomi, a debt-ridden photojournalist from New York who moves to the town, and stumbles across a murder mystery. You must roam the streets, meeting and helping the weird inhabitants as you investigate the crime. Everybody has their own story to tell, and will go about their daily routines regardless of what you do.

Also, in the light of the full moon, everyone turns into a cat. Or a dog.

The pitch promises a game where your actions will change the way the town interacts, and therefore how the story plays out. You might make two characters fall in love, for example, and the solution to the central murder mystery in your game might be different to another players. The game also promises some form of online multiplayer.

The Good Life is in development for PC and PlayStation 4, and the Kickstarter is live now. Among the perks are the chance to be immortalised in the game as a "past villager".