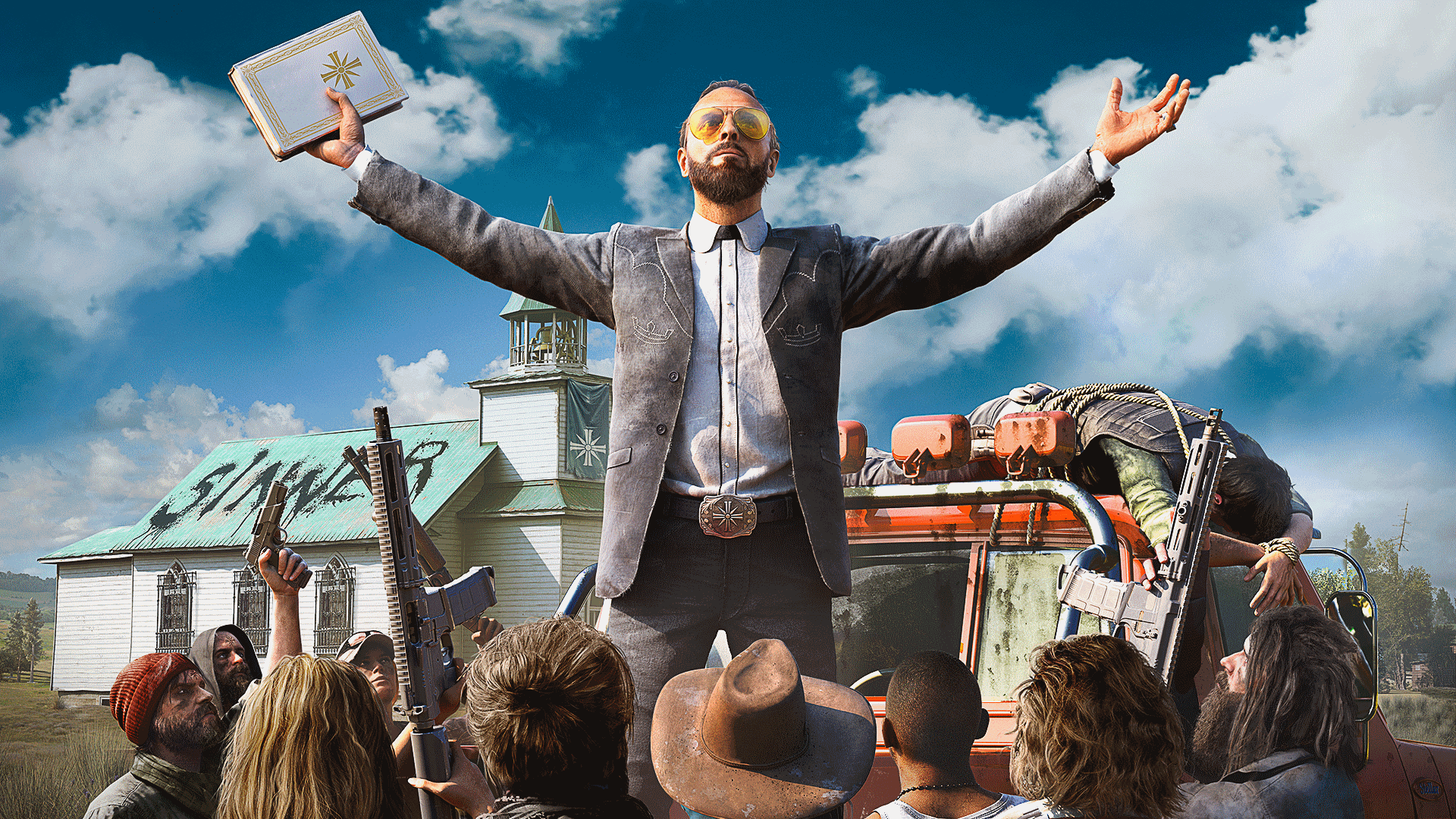 Far Cry 5 brings the series to the mountains of Montana, USA, letting you roam the rocky hills with your faithful doggo companion. As with the last few titles in the series, Far Cry 5 is an open world game, which means you can explore the land at your own pace, hunting down collectibles and liberating camps.

While you can spend as long as you like scouring the cliff tops for the best base jumping locations, the main story will see you tackle the religious cult of Eden’s Gate and their insidious leader, Joseph Seed. Gamers worldwide have been eagerly anticipating Far Cry 5’s release, and many are wondering how long it’ll take to rid Montana of the gun-happy cult’s presence. While the game isn’t quite out yet, a few places have been able to get their hands on the game early and test the length of the main game. Here’s how long it takes to beat Far Cry 5.

(Has Ubisoft piqued your interest? Check our our rundown of which Far Cry 5 version to buy.)

The executive producer for Far Cry 5 reckons it’ll take people 25 hours to beat the game, but those getting their hands on early copies have reported this number as a little lower. If you’re just looking to rock through the main story for Far Cry 5, expect to spend just under 20 hours in it. At the time of writing, the average playtime for the main game clocks in at 17 and a half hours. Plenty of time to spend luring grizzly bears into enemy camps!

However, because Far Cry 5 is an open world game everyone’s playtime will vary. If you simply race from mission to mission, that number could well drop by several hours. Those new to the series or FPS games, as well as players who enjoy exploring every nook and cranny of the world could easily spend upward of 50 hours in Hope County — the largest Far Cry map yet. And that's not even taking the three planned DLC chapters into account. At the end of the day, you shouldn’t worry about how long it takes you to beat Far Cry 5, as the series is tailor-made to be enjoyed at your own pace. Now get out there and free the land from Eden’s Gate. Or drive cars off the tops of mountains. You do you.