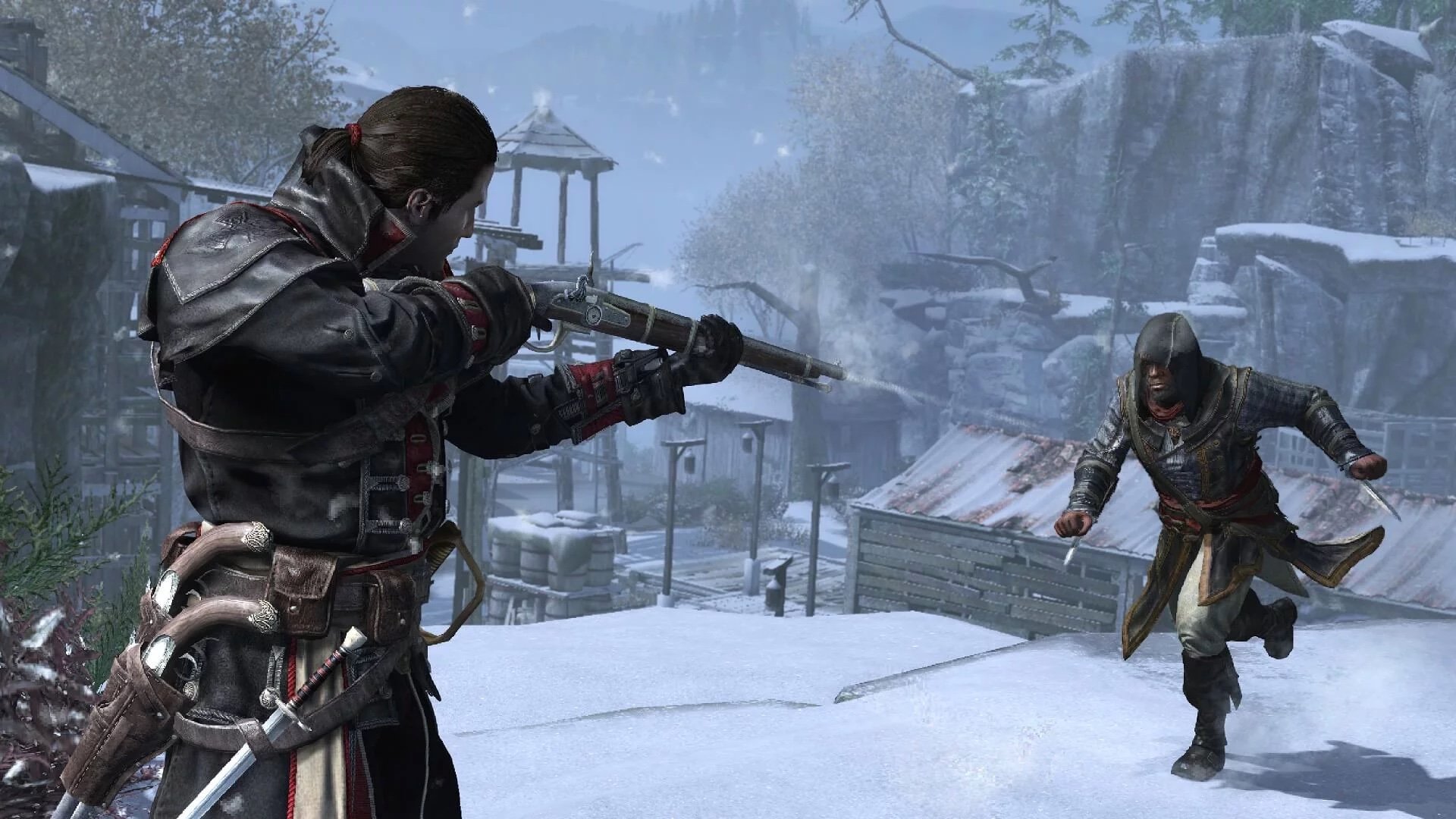 On the surface of things, Assassin's Creed Rogue may seem like an odd choice for the series' first HD remaster. For one thing, it only came out the first time around in 2014, and for another, surely all those Ezio Auditore games set during the Renaissance would be much more popular choices? But the answer to this particular riddle is simple: Rogue is the best Assassin's Creed game that basically nobody ever played.

Back in 2014, PlayStation 4 and Xbox One were only a year on the market, and it's worth remembering that in the run-up to their release nobody really knew whether they would take off. Certainly nobody predicted PS4's stratospheric sales trajectory. So for a publicly owned publisher like Ubisoft with investors to please, it made sense to put out two Assassin's Creed games that year: the more ambitious (albeit ultimately ill-fated) Assassin's Creed Unity on "new-gen" systems, and the b-side Rogue on PS3 and Xbox 360. If the punters didn't buy into the new generation of consoles, Rogue could always be the star.

As it was, they did buy into them, and even though Unity was a bit of a technical shambles, relatively few people felt like going back to their old hardware to play Rogue.

This isn't a Shadow of the Colossus-style remaster with new assets, crazy performance improvements and the like, then; it's actually a fairly basic conversion, bringing the series' second nautical-themed adventure across to PS4 and Xbox One with solid 30fps performance and support for 4K. The underlying last-gen assets look good enough at these boosted resolutions, so Ubisoft seems to have been happy to leave things there.

That's not to say Assassin's Creed Rogue Remastered is a disappointment, however, because it doesn't take long to remind you why it was so well received by the small percentage of players who bought it when it was just Unity's undercard. This is a fast-paced, swashbuckling direct sequel to Assassin's Creed IV: Black Flag, the one with all the open-water piracy, and as soon as you get your hands back on the Morrigan, your upgradeable ship, it's easy to fall happily back into its rhythm.

Assassin's Creed Rogue Remastered was pitched as a bit of a break from the narrative monotony of previous Assassin's Creed games, putting you in the boots of an Assassin who breaks from the brotherhood and sides with the Templars. Shay Patrick Cormac finds himself developing split allegiances on the east coast of Revolutionary America in events that dovetail with Assassin's Creed III and Black Flag, and as his discoveries drive him further from the light and into the arms of the Templars, we get a proper look inside their world.

That's the theory, anyway, but the reality is rather more prosaic: the Assassins and Templars may have pretty significant ideological differences, but in practice they generally do all the same things, and so this translates into various rambling cut-scenes about the meaning of control and free will, and missions and side quests that translate into sea combat, stealth and platform capers, as well as lots and lots of exploring and collecting various trinkets. Fortunately, all of these things are solid fun, because those Black Flag naval fundamentals could carry just about any game.

Playing Assassin's Creed Rogue Remastered tends to go like this, then: you hop onto the Morrigan with your narrative marching orders, then set sail for some distant icon on your sea maps. Navigating your way there, however, inevitably brings you in close proximity to all sorts of diversions, from naval forts and shipping convoys to attack, to treasure-laden shipwrecks hidden beyond destructible ice floes.

There's some gentle gear-gating based on Shay's growing arsenal of tools - there's even a grenade launcher in this adventure - and the various upgrades you unlock for the Morrigan, which enhances the sense of growing into the world as you explore it, but in truth the reason it all works so well is that each of these discrete gameplay sequences is simply quite good fun to do over and over. Getting into naval fights, lining up ships and firing off broadsides, is always satisfying. Clambering around forgotten islands and wrecks is always fun. Gathering up loot that feeds into your gear progression is always fun.

Independently few of these mechanics are all that exciting - in fact the sword combat, which predates Assassin's Creed Origins' natty redux, is downright old-fashioned - but the fact you're constantly jumping between several very different pursuits means nothing has a chance to grow tiresome. Occasional sojourns outside the Animus at Abstergo Entertainment, the fictional game developer sending you into Shay's genetic memories to relive these adventures, add further variety, letting you wander around hacking into people's tablets and computers to read conspiratorial emails.

Assassin's Creed Rogue Remastered isn't a terribly demanding game, then, and doesn't feel as bustling or dynamic as Origins or other modern open worlds, but it remains easy and pleasant to consume. There is always something fun to do, along with plenty of other fun activities to get distracted by on your way to doing it. Given the cheap re-release price tag and the generous volume of content on offer, we definitely recommend it to anyone who missed out the first time, and we had a jolly time revisiting it as well.