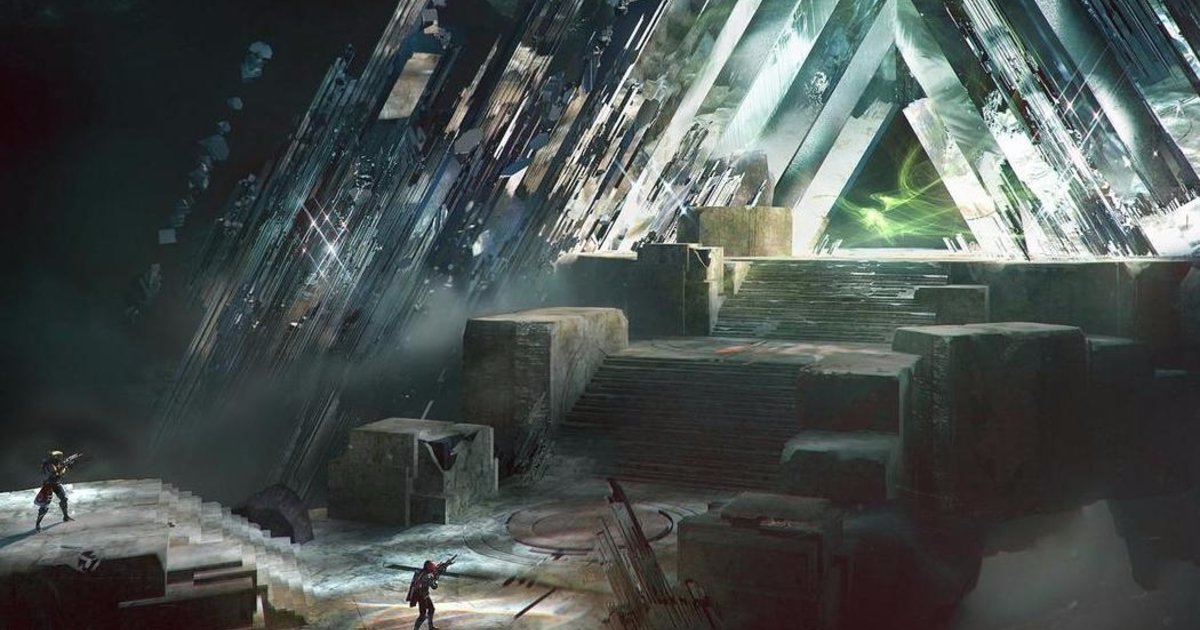 Some of Destiny's craziest raid secrets

Searching for secrets within video games is nothing new, but there exists out there a subset of Destiny players who love nothing more than to theory craft, dig for secrets, and test every imaginable hypothesis. These players belong to a subreddit known only as RaidSecrets, a place where they can converge, discuss and share their latest findings, whether it’s a glitch, a theory in progress, or just wild speculation.

On the surface, Destiny is a fairly simplistic shoot-n-loot game. Players are drip-fed rewards to keep them interested, all while they slowly peel back the layers as they aim to reach the endgame content. The first Destiny title was frustratingly obtuse, never revealing too much to a player about the various systems at work, and because of this, every tiny piece of information was stripped down to the  bone in an attempt to learn what it did.

This is where RaidSecrets comes in. When Vault of Glass first launched, it was a unique activity that gamers had never experienced before, and for most players, their first raid no doubt took between 8 and 16 hours to complete. However, when the dust settled, and the way to beat Vault of Glass was known, RaidSecrets continued to look a little deeper.

It’s here, deep within the Vault of Glass, where you’ll find some of the craziest theories that are discussed on RaidSecrets.

The Blue Orb theory centers around the Vault of Glass, as most good Destiny theories do. In the Throne Room, where you inevitably fight Atheon, there are two Vex portals and above each portal is where an Oracle can spawn under the correct conditions. If left alive, these Oracles will wipe an entire team. However, users began to notice that mere seconds before dying, a Blue Orb would appear and fly across the map.

These Blue Orbs weren’t limited to just the Oracles above the portals, they would also come from the Oracle section of the boss fight - within the portals. If a team manages to kill an Oracle after “succumbing to the Oracles”, a Blue Orb will spawn, and it will always travel along the same trajectory.

This puzzling appearance of Blue Orbs has still gone unsolved, but one reddit user by the name of RealCoolioMan has documented everything you need to know about the Blue Orb theory. Players aren't sure whether this is an animation Bungie forgot to remove, or whether it actually plays a role in how to beat each puzzle.

Accessing Vault of Glass from Patrol

The Vault of Glass was only meant to be opened and completed when players chose to launch the raid through the Director. However, in the early days of Destiny, intrepid explorers discovered how to glitch into the Vault of Glass, but they could only get so far due to a large, impenetrable door.

The running theory was that it was impossible to get past this door, and anyone who managed would be regarded as a glitching master. It took four years, but a reddit user called Djzxy0 beat all the odds and not only got past the door, but to the very final room of the Vault of Glass raid.

In his epic, 15-minute video, Djxyz0 goes into extraordinary detail about the strategies employed and the troubles he faced navigating through the raid in a way Bungie never intended. If you’ve got the time, the above video is well-worth a watch, if only to see the effort the Destiny community puts into their ideas and theories.

Where to even begin when explaining Alpha Lupi? Back before Destiny launched, there was an alternate-reality game (ARG), where people could collect information and unlock secrets that pertained to some lore behind Destiny, it was known as Alpha Lupi.

During the Alpha Lupi ARG, several images were released, each containing circles, maps of the Solar System, as well as lines of poetry.

The points around the Alpha Lupi symbol were thought to relate to Oracles as well as other areas of interest. Items in the world lined up with certain nodes and lines, a planet’s markings were seen to correspond with other areas, everything was linking together but nothing was forming a picture.

Seventh_Circle, a reddit user, has several posts that attempt to unravel the secrets of Alpha Lupi, and in his latest musing, he sorts out literally everything you could ever want to know about Alpha Lupi – it’s well-worth a read.

For most, the idea of an additional chest is a mystery worth pursuing, as Bungie are notorious for hiding secrets deep within their games. Despite the fact every inch of the Vault of Glass is well-documented, most players want to believe – and so a few set out to accomplish a task that they believed would unlock this sixth chest: to kill all the Gorgons at once.

Having all the Gorgons dead at once is no simple task. A Gorgon will kill an entire team within roughly 10 seconds if they see even a single player, there are 8 of them spread out in a labyrinth, Destiny allows for a maximum of 6 people in a Fireteam, they become stronger once one dies, and they respawn after 30 seconds. Having them all dead at once seemed impossible.

And yet, a group of Guardians led by Zpevo, somehow cleaned up all eight Gorgons using shotguns and of course, the mighty Gjallarhorn. Despite their incredible efforts, no secret chest was discovered. But for some, hope is not lost - the sixth chest is out there.

Wrath of the Machine: Light Room

The Wrath of the Machine raid was the last raid to hit Destiny, and with it came one of the most complex in-game activities that the community had to solve. In order to unlock a secret Exotic Pulse Rifle, players needed to work together to solve yet another ARG that would give them the position of canisters they needed to stand on. From there, players had to solve Morse code and input the information in another location. It was a big to-do, but it proved that Bungie wasn’t beyond challenging the playerbase.

However, the Wrath of the Machine raid contained more areas that were suspiciously interactive. Before dropping down into the final boss fight with Aksis, there is a room that is entirely bathed in darkness, save for the floor tiles, which illuminate when stepped on.

Given how the ARG was solved – by standing on canisters – the RaidSecrets community immediately took to this room with its glowing tiles. A user by the name of n1njaf0x, posted an incredibly detailed analysis of the area and the surrounding objects, and how they might relate to the tiles of light.

One of the most damning pieces of evidence was that some of these objects aligned perfectly with the aerial view of the lights. Much like the Alpha Lupi theories, object placement and how they line up with one another is extremely important to solving, or even just understanding, their purpose. Unfortunately, no input sequence has been discovered, and so whatever secrets the light room holds, are still in the dark.

Now that Destiny 2 is here, it’s unlikely that these theories will see much more attention, unless of course more information is found by those few who are dedicated to the cause. However, even though Destiny 2 isn’t perfect – as per our Destiny 2 review – there’s still a lot of areas left to explore, so who knows what RaidSecrets might uncover.