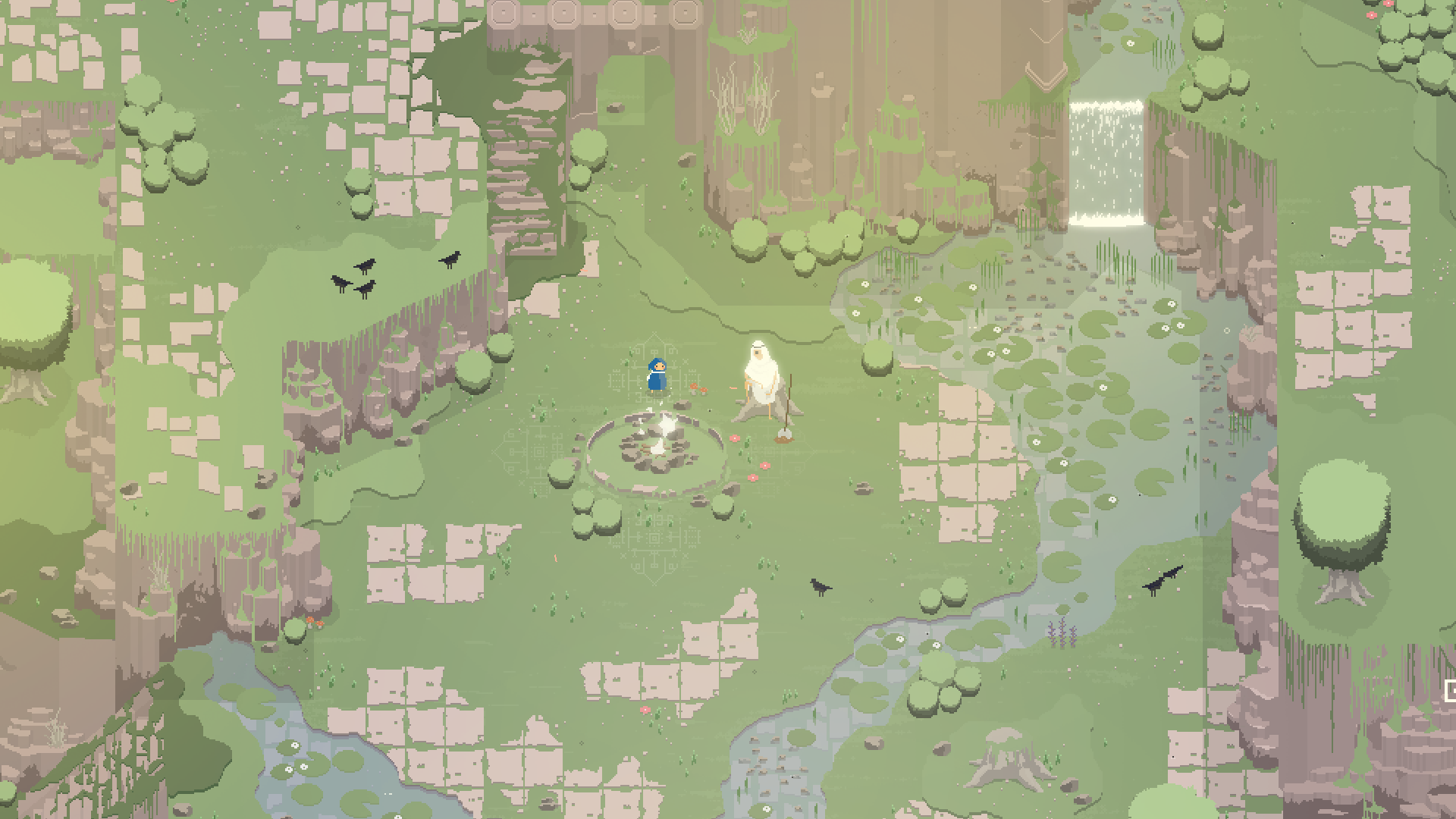 Every Saturday, studios and individuals the world over take to Twitter to share images and videos of their games in development as part of #ScreenshotSaturday. It’s a fantastic celebration of how widespread and varied game creation has become, not to mention a great way to keep an eye on upcoming gems or spot incredible artwork. Collected below are some of the coolest stills, gifs and videos from this weekend which we’ve gathered for your perusal pleasure. Indie developers flooded to GDC this week, but that hasn’t stopped them from taking the time to share more of their great work with us.

Back in 2016 we were wowed by Hyper Light Drifter’s gorgeous style, and ITTA’s eerily solemn yet undeniably beautiful islands look to have taken a healthy dose of inspiration from the successful action-RPG. But while there may be visual overlap, ITTA is very much its own beast, asking the player to dodge between a screen-suffocating number of projectiles to take on its bullet-hell bosses.

The game begins with the young girl Itta waking up alone following her family’s murder, forced travel the world alone save for a mysterious floating cat that joins her side. Armor Games Studios cite the original Zelda along with more recent indie titles like Nuclear Throne as their main sources of inspiration. There’s no official launch date yet, but the Steam store page lists a 2019 release.

It’s official, followers of #screenshotsaturday - NAIRI: Tower of Shirin will release on #NintendoSwitch!

We’ve teamed up with @pr_hound & @AnotherIndieS to make this happen & can’t wait to show you more! pic.twitter.com/3we58iSqPP

It’s always good to kick off Monday with some positive news, and this weekend we had confirmation that quirky, hand-drawn puzzle-adventure game Nairi will be launching on Nintendo Switch. Originally funded on Kickstarter, NAIRI: Tower of Shirin is a puzzle game in the point-and-click style. The story sees the characterful young Nairi, lost in the slums of the city, teaming up with an ex-mobster rat to uncover the unpleasant mysteries centred around the looming Tower of Shirin.

Packed with outlandish animal characters, Home Bear Studio’s expressive art is the real star here, though the game also promises an involved narrative with dialogue choices that’ll shape character interactions down the line. If the writing can live up to the visuals, Nairi is bound to be something really quite special. The shift to include a Switch version has delayed development, but Home Bear Studios promises the game is ‘coming soon.’

To look at the horrifying video above, you’d probably be surprised to hear that Chromatose is a Visual Novel game, but nonetheless, this game’s setup is as anime as they come. Ten strangers across the globe have fallen into comas and find themselves trapped in a shared dreamstate. Caught between life and death, the group must work together to find a way out of limbo — although we imagine not everyone trapped there will prove to be quite so co-operative. The sharp lines and stark color contrast surrounding the menus and conversations immediately brings Persona 5 to mind, and that’s certainly not a bad connection to evoke. Chromatose’ art has been improving over the course of development, and easily stands out in the crowded VN field.

If you’re not fond of the genre’s core gameplay of endless reading, don’t worry, as Chromatose is also a deck-building RPG. We’re not quite sure how the combat works yet, but you’ll have the ability to craft your own suite of cards to use in battle. These can be played to tackle the opponent/monster you’re facing, or to push back the ever-present timer counting down to your demise. We haven’t found any release schedule plans yet, but developer AkaBaka is hoping to produce a demo soon.

FTL meets Isaac Asimov’s Foundation series is the loaded premise upon which Crying Suns lays its foundations. Meshing one of the finest sci-fi roguelikes ever made with Asimov’s renowned series is no small feat, but Crying Suns’ early footage has gotten off to a cracking start by delivering atmosphere in droves.

As a fleet commander of the advanced but dying Galactic Federation, you explore a procedurally generated universe in this tactical roguelike. The god-like AI machines humanity relied upon to survive have shut themselves down without word or warning, sparking the collapse of the Federation after 700 years of peace. Waking on the secret research facility known as Gehenna (we really hope whatever advanced race comes next is smart enough not to name its secret research facility after Hell), you’re guided by the only remaining AI, Kaliban, to restore its peers and uncover the truth of the Federation’s collapse.

Crying Suns promises a deep storyline with tactical fights between multiple spacecraft. The combat encounters have yet to be properly showcased, but developer Alt Shift has a word of warning for those keen to jump in: “Prepare to die very often, it's a roguelike game... And it's a hard one…”

Alt Shift hopes to have an Early Access release on Steam soon, with eventual release on iPad too. For now, there’s a newsletter available on the game’s website to keep you informed.

Slug Slasher is one of those premises that can’t help but make us love indie gaming. Rampaging slugs are taking over the world, and the only person left to stop them is a single mustachioed chef and his trusty bucket of salt. With slugs running amok, there’s no choice left but to hit the streets in this 2D sidescroller to deliver salt swipes, slashes and even uppercuts to the oversized gastropods.

These slugs aren’t your common garden variety however, capable of wielding weapons and even growing their own fluffy mustaches. Bouncy, absurd and filled with color, Slug Slasher simply looks like a (salt) bucketful of laughs. A Steam release is planned for summer, with a demo available on Itch.io right now.