What do you mean you don't remember him? 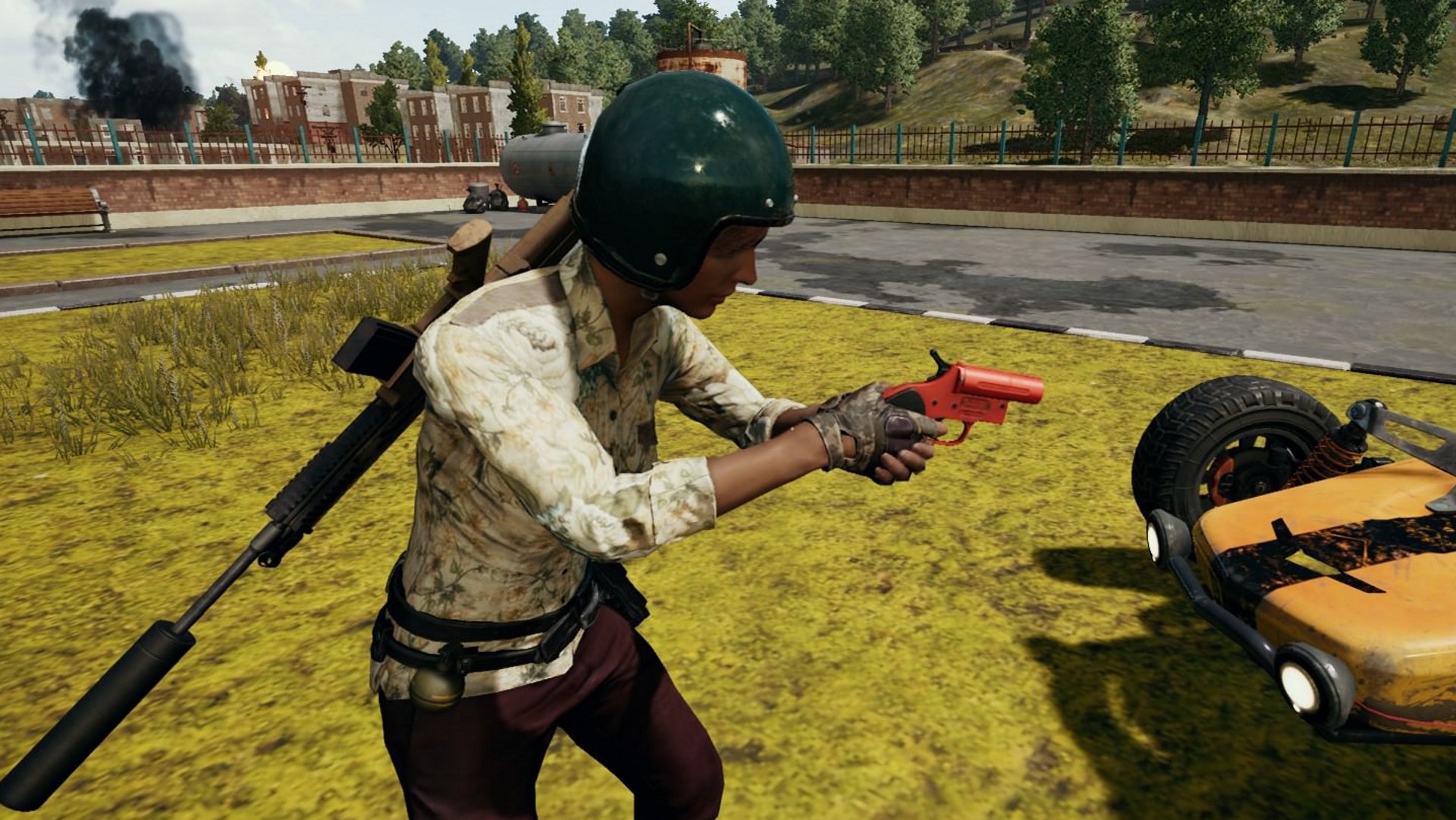 Things are looking much better.

The last update to PlayerUnknown's Battlegrounds on PC stealthily added in a flare gun to the game.

It’s currently only available in custom game modes and no, it’s not made to set people on fire. The flare gun instead seems to act as a summoning signal for a care package. Fire the flare gun into the sky and you’ll be rewarded by a special airdrop containing healing items, boost and weapons limited to air drops. Weapons come in pairs so it seems the crate will be a lot more lucrative than the standard one.

We don’t think the flare gun is likely to make its way into the main gamemode for PUBG, but it could make an appearance in new game modes or perhaps the 4x4 island map announced in the PUBG roadmap last week.

However it’s implemented, the risk involved in signaling for your own, very powerful air drop makes for an exciting gameplay proposition. Fending off enemy players will be a whole lot harder when you loudly announce your presence and the location of the drop.

Check out this footage from Killer7 below to see the flare in action, along with some screenshots of the weapon from Reddit user samwalton9.