Play alongside bitter rivals in Kirby's latest outing for Switch. 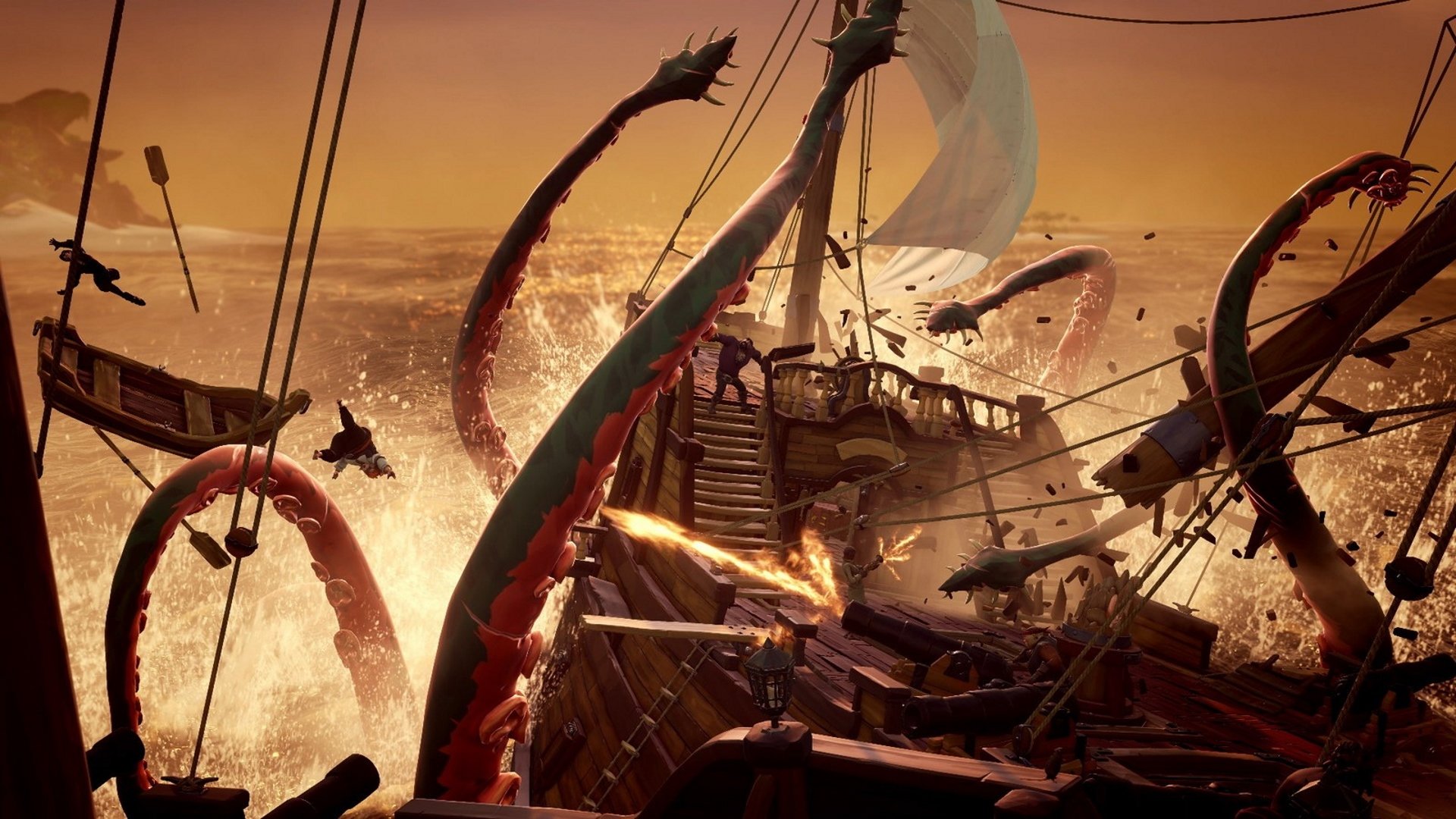 A handy way to deal with those pesky bases.

The launch trailer for Rare’s anticipated pirate-‘em-up, Sea of Thieves, reveals the deadly Kraken in action.

The huge underwater beast has been known of for some time, but didn’t show up during any of the game’s pre-launch betas (though leaked images of the kraken did pop up a little while back).

Seeing the beast in motion and shiny high definition properly gives you an idea of the scale it brings to the game.

Rare divulged a lot more details about the game in an extensive livestream, giving details on character and ship customization as well as more information on the Order of Souls faction.

We knew already that magic-focussed faction’s quests were PvE, tasking players with hunting down the skulls of various skeleton captains, but we’ve not been given more information on the enemies we’ll face. Gold skeletons will be clad in heavy armor, requiring you to get them wet and rust up, while Shadow skeletons are more powerful in darkness, weakening when brought into the light.

The launch will also see lore books smattered about the world, letting players discover the history of the Sea of Thieves.

Rare has plenty of content planned following the game’s launch, which will include ideas suggested by players during the pre-launch betas and tests.

Sea of Thieves launches on Xbox One and Windows 10 PC, March 20.