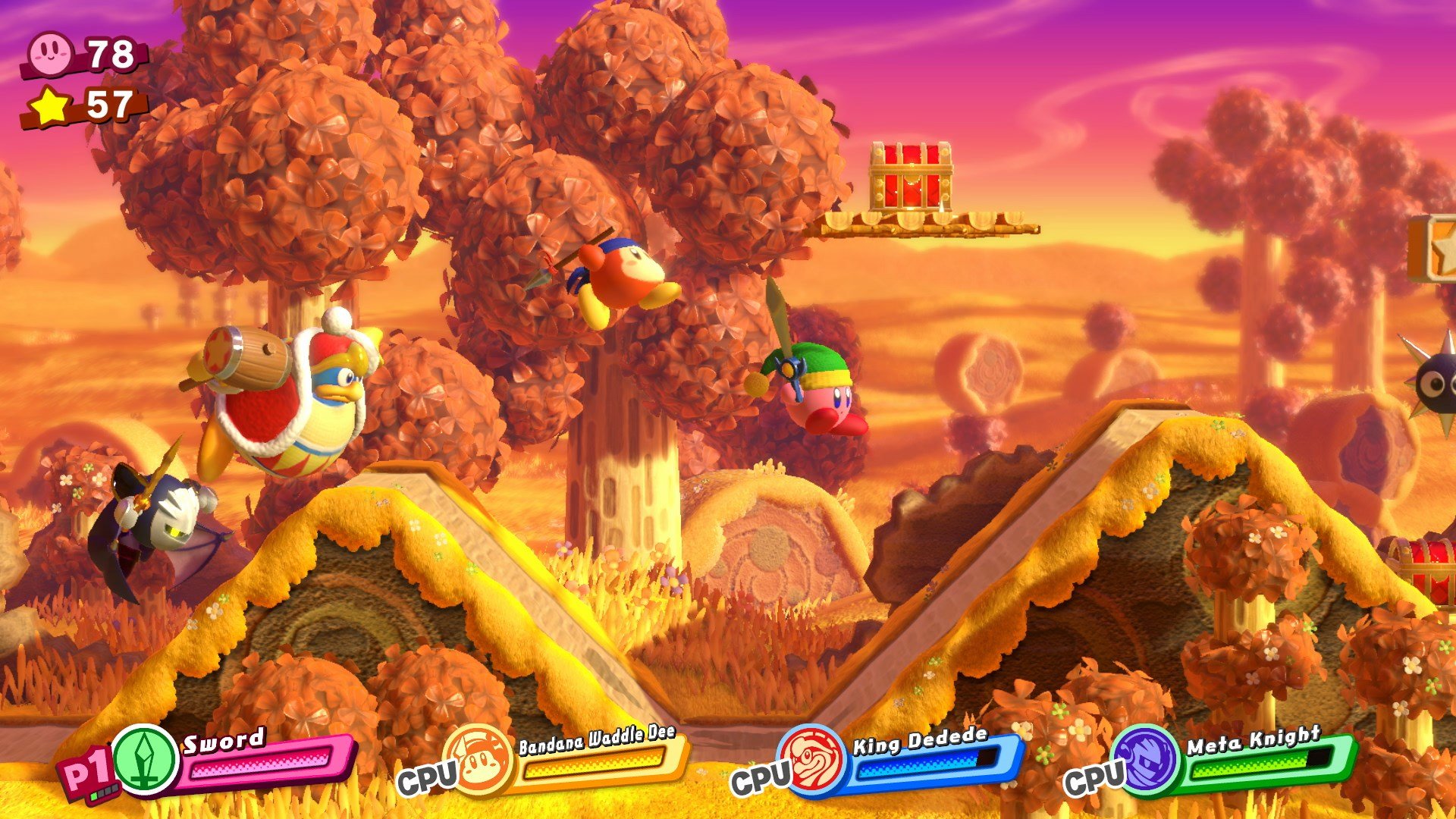 Kirby Star Allies is a great co-op game for fans of the series and friends looking to co-op together on Nintendo's Switch console. But the power of Kirby to bring friends together doesn't just stop there, as in Star Allies even some of Kirby's longest held beefs are being dropped as nemeses become allies to take on the powers of hunger and evil. These are our favorite frenemies you'll join up with along the way in Kirby Star Allies, and get a chance to play as bitter rivals in a sweet story of friendship and eating everything in sight.

Our pal Chef Kawasaki starts off a little spicy in Kirby Star Allies, he's not too friendly the first time we find him. But that all changes once we hit him with a love heart and start cooking up trouble right alongside him. The chef, best known as a mid-boss in Kirby Super Star, brings a whole lot of destruction to the table with his pan and crockpot. If he uses his Cook ability, every enemy on screen is served up a powerful beating, and dropping a load of health-restoring food items afterwards. A tasty bonus to making friends!

After his debut on the SNES in 1996 with Kirby Super Star, Knuckle Joe has never really seen eye-to-eye with our round, pink hero. Despite being about the same height, Knuckle Joe has only ever wanted to feed Kirby a knuckle sandwich, but in the newest game he can be persuaded to join the cause through the power of love. Use Knuckle Joe to deliver a devastating flurry of punches to enemies, and combine with other friends with elemental powers to gain blazing fists of fury!

It hasn't been that long since King Dedede last hatched a plan to take out Kirby once and for all, but he's certainly been hitting the gym since then. The newly buff Dedede will join up as a Dream Friend if you best him in an early boss fight, turning his opinion of Kirby around pretty quickly there. Honestly it's kind of suspicious how quickly our arch-nemesis decides to join the crew, but after more than 26 years of antagonising Kirby, it's not too surprising that he finally came around to loving the little pink blob.

Another of Kirby's longest held grudges gets dropped in an instant once you finish off Meta Knight for the thousandth time in Star Allies. He offers a similar move set to your standard sword-wielder ability copies like Sir Kibble, but look! Wings! You can speculate more about whether Meta Knight is just another version of Kirby and that they were always brothers destined to fight side by side in the comments below. His boss fight looks pretty fun so make sure you grab a whole entourage of star pals before you head in.

The final boss of Milky Way Wishes is soon going to be our best friend?! Nintendo will be adding more Dream Friends to Kirby Star Allies even after release, and as well as getting to team up with old buddies like Gooey and the animal friends Rick, Kine and Coo, the cosmic jester will also be rolling alongside us. Marx looks like a fun and versatile addition to our group, flapping about with his shiny bat wings and smashing foes with his beach ball. He can also split in half to create a black hole which sucks up enemies, and use his arrow barrage attack which seems to have an electric element. Glad he's on our side this time!