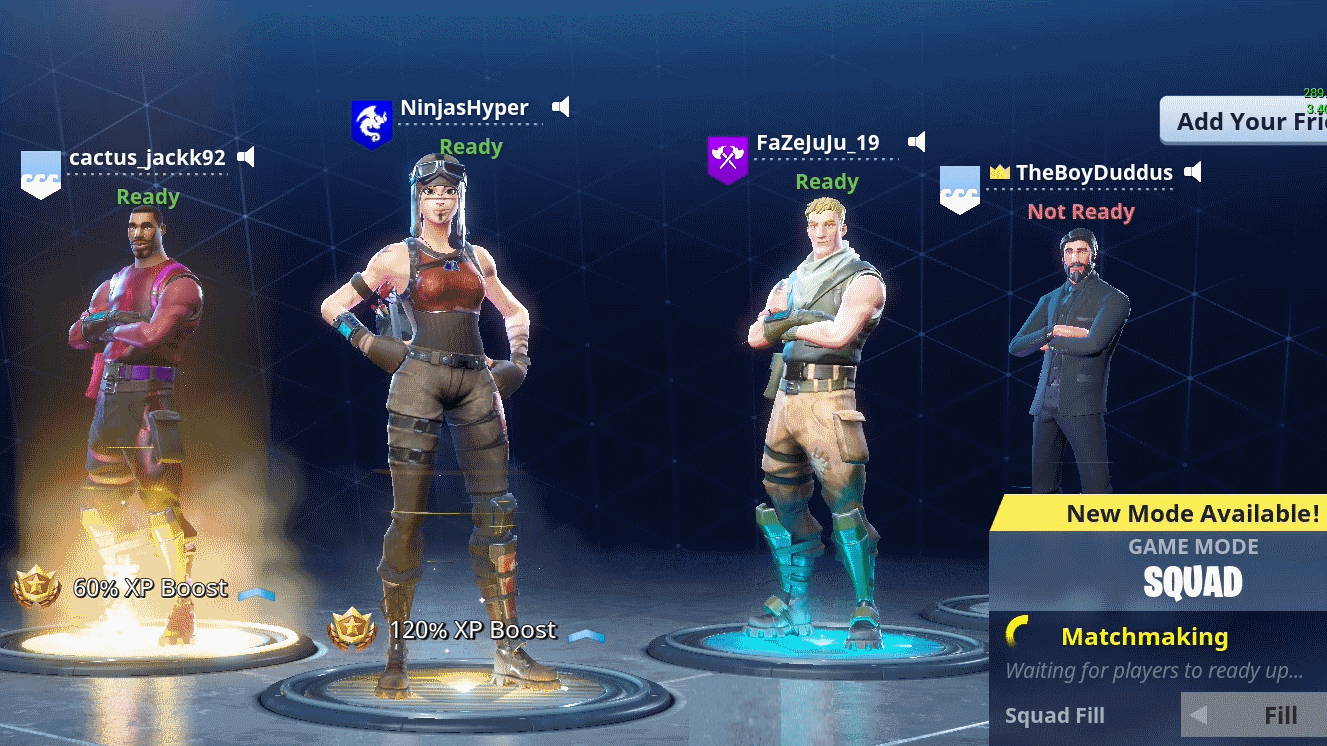 Last night prominent Fortnite streamer Ninja teamed up with megastar rapper Drake to play Fortnite together, even inviting in musician Travis Scott and the Pittsburgh Steelers’ Juju Smith-Schuster along for the ride down the line.

Unsurprisingly such a powerful combination proved attractive enough to smash Twitch’s viewer record for an individual, non-tournament stream, maxing out at around 635,000 concurrent viewers (nearly doubling the previous record of 388,000 held by Dr. DisRespect). Ninja gained 10,000 Twitch subs from the stream, pushing him to be the first streamer to ever earn $1m in a month from Twitch.

A typical stream by Ninja will draw between 60-90k viewers, but last night’s show comfortably shot past this to 200,000 before Drake tweeted out a link to the stream and pushed it well past 600,000. The event was only able to happen thanks to Fornite’s crossplay capabilities, letting Drake hop in on PS4 while Ninja played on PC.

Of course, an event like this could hardly take place without leaving some legendary highlights. Ninja being Ninja pulled off some bonkers plays, including a last second save of Drake right after he’s downed by hiding man with a shotgun.

Drake and Ninja played a run of duo games before inviting others in, discussing work schedules and their hopes for the game in a surprisingly chilled affair. We’re waiting for the full video to go up on YouTube or Twitch, but there are plenty of highlights available. Our favorite moment has to be Drake sprinting around as a bush.

Watching Drake run around as a bush is the greatest thing that's happened so far in 2018 pic.twitter.com/43qe8fbhYd

With the others joining in the fun, Travis Scott didn’t want to be outdone, taking down stream snipers and bringing out the emotes to style on his victims.

JuJu however just seemed to be having the time of his life, loving the chance to play with his favorite rapper.

Travis Scott really my favorite rapper and I was out there getting revived by that dude... he was asking me for bandaids  What is life!! pic.twitter.com/Oq7pL2IQfq

Of course, hot gameplay wasn’t the only attraction of the night, it was also a great chance to hear from Drake in a more relaxed atmosphere. We got to see his generous side, donating weapons to Ninja, find out that he’s a fan of the game’s John Wick skin, he uses a Scuf controller, he’s vegetarian and — most important of all — he likes pineapple on pizza.

Take a moment to shed a tear for rival Battle Royale game PUBG, which just this week pushed its new emote system, only for Fortnite to steal the show once more. Of course, Fortnite’s reddit community weren’t so kind in their commentary

Unsurprisingly, Ninja was pretty chuffed when the whole thing came to a close, thanking his viewers and fans for making history.

It was certainly a blast to watch, and we doubt there’ll be a spectacle quite like that for some time. The full stream isn’t available to watch yet (keep an eye on Ninja’s YouTube channel in the coming day or two), but you can catch one of the last hours of footage on Ninja’s Twitch here. At the very least we’ve been left with some rather excellent memes to remember the event by.

Ninja: Are you a bush Drake?
Drake: pic.twitter.com/cfACtCDJ2H

Beyonce? Any time you want to start gaming, we'll be watching.