It's called Return to Castle Woofenstein. 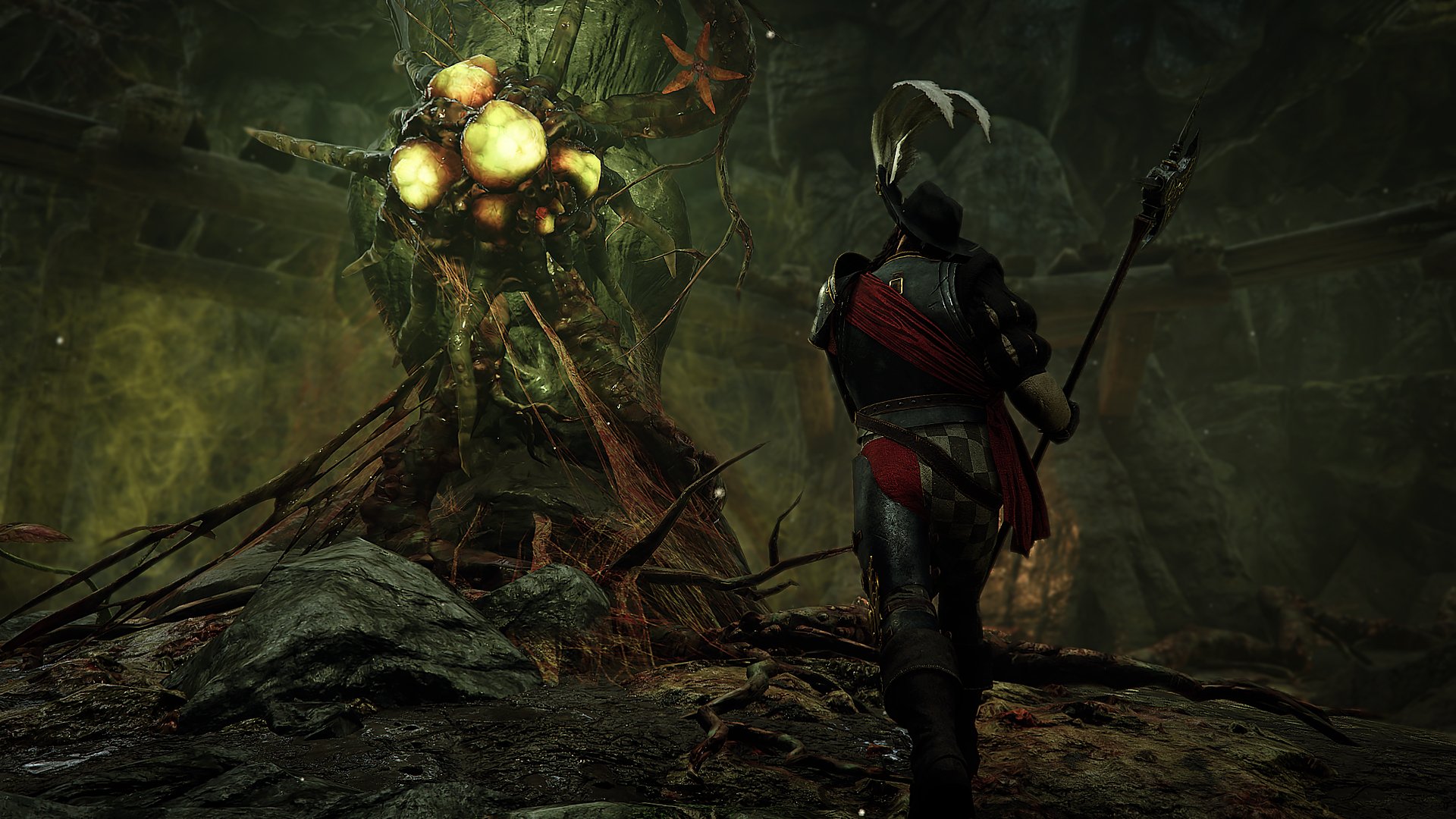 The good that games can do

While the rest of the world debates the perceived harm of games, we look at the benefits to mankind.

Warhammer: Vermintide 2 has a whole host of collectibles and loot to help you upgrade your weapons scattered about its levels. Your main way of improving your drops at the end of the level is finding Tomes hidden in the dark passages and alleys of Helmgart, but they're a little difficult to sniff out – unlike your ratty foes. There are three Tomes in every level, and bringing home all three between the four players will net you a significant advantage when it comes to your loot roll at the end.

But that comes at a price! [sinister orchestral sting] You have to equip the Tome in your character's healing slot, so no carrying around meds for when you might need them. So, if you dare, here's where to find all the tomes in Vermintide 2. Be careful out there!

Your first Tome in Vermintide 2 is hidden in exactly the sort of conspicuous location seasoned rat-slayers might expect. After reaching Franzeriksonplatz, look around the game's natural path to spot a wooden ramp leading to an overturned cart. Face the ramp then look left to spot a different wooden cart over near the rear gate. Head closer, then hop on top of the cart to spot the Tome nestled among some open crates below.

The second tome in Vermintide 2's first mission comes shortly after players cross over a narrow wall. In the distance, players will spot a gatehouse structure in the distance just beyond a short drop into the new area. Approach it, climb the stairs, then turn to the rightmost door and walk through. In the room, a hole can be noticed in the wooden platform, and the Tome will be hiding inside.

The third and Tome to be found in Righteous Stand can be located right near the end of the mission area, just outside of the Temple. Players should follow the path forward through the grassy area, then look for the staircase. To the left of the staircase will be a low wall of bushes that players can push through to spot a hidden area with the Tome laying out on the open.

The first Tome in Convocation of Decay can be found inside the Temple Hospice, near the end of the room sitting atop some old bunk beds.

Tome number two is located within the Garrison Sewers area of the mission. Where the tunnels split, stick to the left-hand path to eventually come to a room with a patchwork slatted wall; the Tome will be sitting atop the adjacent stone stairway.

The last Tome players will want to track down in Convocation of Decay is near the end at Carlomant's Memoriam. Players will spot a shrine surrounded by spiked iron walls — the Tome will be sitting in front of the memorial, just behind the stone coffin.

Hunger in the Dark tome locations

Hunger in the Dark tome #1

Players will likely spot the first Tome in Hunger in the Dark easily. Just within The Backfill, toward the rear of the area will be several potions; the Tome will be hidden among them.

Hunger in the Dark tome #2

Taking a ride on the cart will land players in the area known as The Transfer. After the name of the location pops up on screen, look toward the right side of the path to spot a crate with the Tome hidden within.

Hunger in the Dark tome #3

The last Tome to be found takes place in the Old Troll Grounds area of Hunger in the Dark. Inside the caves players will likely see a series of rocks they can jump around in a specific order that will lead to the final Tome sitting on a ledge near the middle of the area.

The first Tome in Halescourge can be found just before players exit the Von Mackensen Strasses. On the left side of the stairway leading to the exit, players will find a crate blocking a hole in the wall. Crawl through the hole to enter a small room with the Tome sitting within.

Players will have to brave the water to get the second Tome in Halescourge. Outside of the Merchant District players will spot a boat on the water just within jumping distance. Launch toward it, climb the nearby ladder, then follow the wall until another boat can be seen below; the Tome will be sitting inside.

The third and final Tome in Halescourge can be located when concluding the landslide event. Look for the nearby buildings then climb to the top floor to locate the final Tome sitting inside the tower on a bookshelf.

The first Tome to be found in the Athel Yenlui mission is just outside of the Wilds, where players will likely be following the "Proceed Through the Wilds" objective. Just after the mission marker pops up, turn to the right and head straight until spotting an old tree fallen over nearby a stone pillar. After proceeding through the tree, turn to the right to spot a wooden crate — inside will be the this mission's first Tome.

After locating the first Tome, follow the wall on the right side of the area until reaching a small stony cliff. Squeeze along the right hand side, then look down to spot a wooden crate containing the second Tome.

The third and final Tome in Athel Yenlui is located toward the end of the mission. Players will eventually come upon a ruin set amid the forest; inside will be a ramp that heads to a short cliff. Drop down and head toward the right side of the area to spot yet another short rocky cliff. Climb up to spot the Tome near a wooden plank set between two stones.

Against the Grain tome locations

Against the Grain tome #1

Shortly after reaching the Mill, players will want to head toward the overturned wagon that's spilled its supply of hay. Using the top of the wagon, jump over the fence and follow its course back toward the Mill. The first Tome will be hidden just beyond a wooden platform that players will have to jump across.

Against the Grain tome #2

The second Tome in the third Vermintide 2 mission can be found shortly after the player fights the Rat Ogre. The battle takes place just outside of a barn, and once the conflict has concluded, players should head inside and follow the ladder up to the second story. Once elevated, players will can drop into the new area and use the second ladder to progress forward until reaching a wall. On the right side of this wall is a window that will allow players to access a nearby platform — jump to it and claim the Tome.

Against the Grain tome #3

Just after players claim the second Tome, they'll drop off from the platform and continue into a swamp environment. Once arrived, turn left and follow the path until a wall with jutting rocks can be seen. Turn left once again and dive into the water — don't worry, it isn't deep enough to cause damage. Wade through the muck until a fallen tree can be seen, then look for the third Tome hiding inside a crate just beneath the surface of the water.