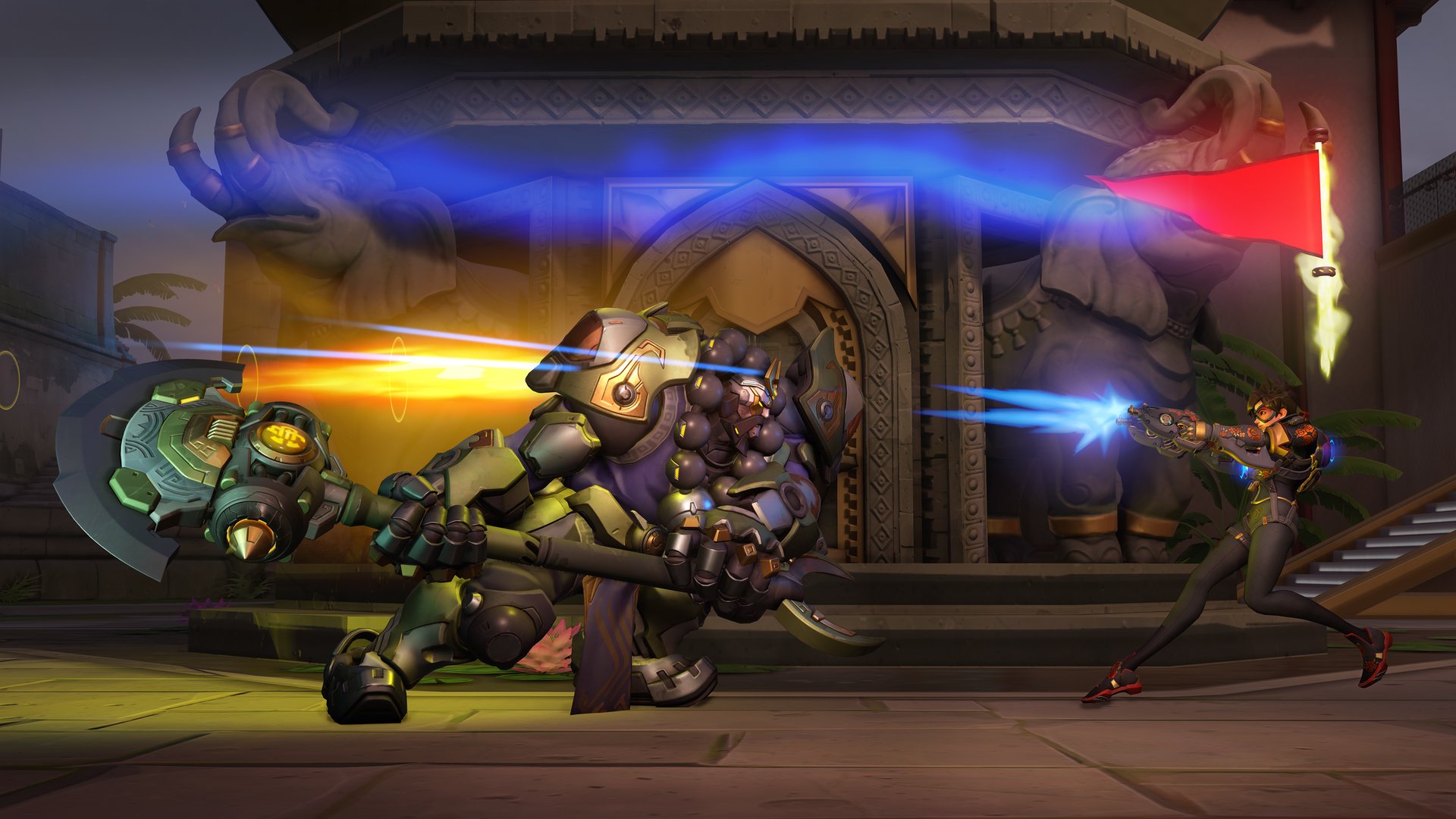 It’s already Season 9, and Blizzard has released a list of most-played heroes in Overwatch across all seven skill tiers. It’s the best thing we have to a roadmap of which heroes are going to win you games, versus those that look pretty, do cool stuff and say funny things. D.Va gets a free pass. Because D.Va. But let’s take a look and see what we might learn.

Now, we’d like to start out by saying that some of this is still down to personal enjoyment. And, evidently, D.Va is first or second in every tier owing to looking awesome and being generally useful in any team. She is only second to Moira in both Platinum and Diamond, otherwise she is the safest choice you’ll ever make. Nobody will hate you. Apart from the healers. Because, as any healer will tell you, D.Va players are supremely suicidal. It can be like walking a big stupid dog that picks fights with every single animal that exists anywhere. Obviously you’d like to think that a Grandmaster D.Va player has more of a clue than the Bronze guys choosing her because she is super sexy, and her suit is kinda like a spare life.

Our next area of focus, then, is who’s going to keep these fool D.Va players alive so as not to prove a liability. The unsung heroes in tiers Bronze, Silver and Gold. The guys taking the blame for EVERYTHING in Platinum, Master and Grand Master. Let’s hear it for Support.

Because Mercy is both beautiful and easy to play, she is the most popular, portable first-aid kit for D.Va and Reinhardt in Bronze. It’s also worth pointing out, though, that she is present across all skill tiers, and usually accompanied by Moira to form the bedrock of a solid team.

It’s only after reaching Platinum that we see Zenyatta creeping into the line-up, and it’s only when reaching Grandmaster that the monk is preferable to Moira. Lucio is absent from Platinum, Diamond and Master tiers, which is a surprise. He returns for Grandmaster, booting out Ana who’s a specialist choice in all other groups. Speaking of absences…

Possibly because the Pharah/Mercy (‘Pharmercy’) combo is so old and easy to focus, the Egyptian rocket queen is nowhere to be seen across all tiers. Not even Bronze, which is sad. This basically means that aerial threat has become almost none existent in Overwatch for the time being, unless you count Junkrat projectiles, rampant D.Va and wild flailing Genjis. It’s gravitating toward being much more like a MOBA, thinking strategically in terms of lanes and chokepoints, where line of sight matters more on the ground. It’s likely why Soldier 76 disappears after Platinum, because nobody is screaming about Pharah.

Before we get onto glory-hunting DPS, the most interesting topic after Support heroes are the Tanks around which any good team knows how to operate. Starting with Grandmaster, and bearing in mind the recurring Triple-Tank meta, from top to bottom the choices are D.Va, Roadhog and Winston. No Rein. No Zarya. In fact, no ‘Mother Russia’ across the board. Winston more or less replaces Reinhardt after Platinum, which possibly suggests that team communication improves, and there are more confident choices being made. We dare say that a secure sense of your hero’s mobility also becomes a factor the higher up you climb. Gold is more about Soldier 76 and Reinhardt. In Grandmaster we see Tracer and Winston.

‘Do you know what you’re doing with [insert DPS hero]!?’

We think it’s fair to say that Bronze tier represents the heroes that are most attractive and/or easiest to use from the beginning. The Bronze Top 10 is no indication of heroes worth maining for the sole purpose of winning. Remarkably, we still don’t see Hanzo in Bronze, but of course there is Soldier 76, Genji and Junkrat, most likely ignoring Reinhardt. They are the only DPS heroes in Bronze, Silver and Gold. After Platinum, Junkrat takes a hike, and McCree gets a foot in the door. By the time we reach Grandmaster, we’re left with only McCree and Tracer. That’s the shift in emphasis worth paying attention to. Lucio is almost a straight swap for Genji in the Grandmaster Top 10. They should know.

So, what does a meta matter?

Lately Sombra, yes Sombra, has been causing all kinds of upset in the right hands during Competitive matches. The fact that she is suitably invisible across all the Top 10s is proof that popular picks aren’t set in stone or essential. On the other hand, not talking speciality heroes, but those we’ve had fun dominating with friends around Diamond, there has always been a case for Zarya. Reinhardt, seems to be getting recommendations as Top 3 for Season 9, and one of our favourite YouTubers, Ragg Tagg, is devastating with Orisa as his main.

In other words, this list is likely to look very different by the time we reach the end of Season 9. Not least because of the arrival of Support hero Brigitte, who it will be interesting to see where she winds up in the higher tiers. Meantime, we’re still going to say, at the risk of inviting trouble, choose whoever the hell you like. Good luck. Have fun.