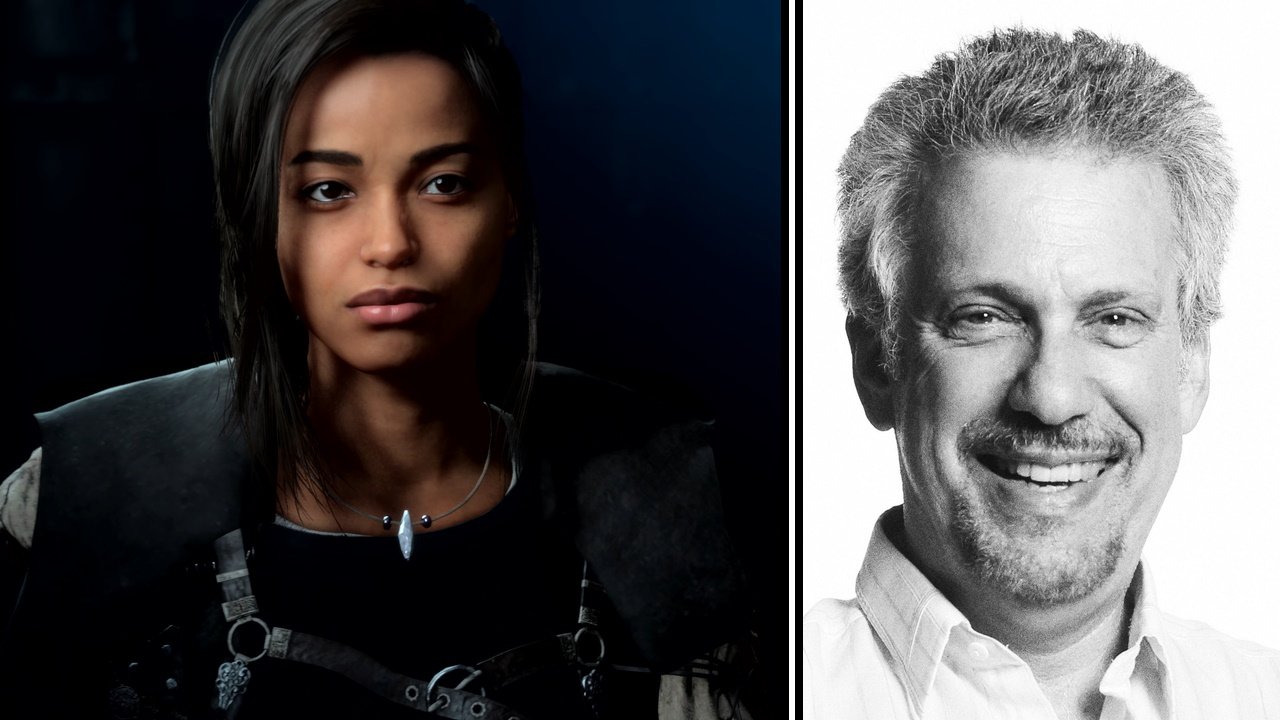 A lot of games sell themselves on being cinematic. The adjective is typically thrown out in relation to flashy visuals, but Square Enix’s Forspoken has another edge: music. Co-composed by Garry Schyman (BioShock, Middle Earth: Shadow of Mordor) and Bear McCreary (God of War Ragnarok, Call of Duty: Vanguard), the Forspoken soundtrack was born of twofold experience – fitting for a tale about a character of two worlds.

Ahead of the game’s release, we spoke with Schyman about his work on Forspoken, how to deliver impact through in-game music, critical reception, and how an individual artist can change a soundtrack.

Collaboration is a necessity in almost all fronts of game development, but rarely is a game’s soundtrack brought to life by two greats of film, TV, and video games at once. In the case of Forspoken, McCreary amd Schyman’s partnership was in the making long before the game itself.

“I was working on Shadow of War, and Square Enix’s audio director, Atsushi Suganuma, attended a [Game Developers Conference] panel that I was on discussing the music,” says Schyman. “And he was, I guess, impressed! He reached out to my agent at the time and was interested in both myself and Bear McCreary.

“Serendipitously, Bear and I were friends and [we] had discussed the idea of working together. So this just occurred to us as the ideal opportunity. And [developers Luminous] were delighted! They thought it was a great idea to hire both of us and that’s literally how it came about.

“Bear and I are really good friends. He really is a wonderful collaborator. And he’s an amazing composer, so it was really fun to work with him and to think about the score together, and find the right approach. That was a treat.”

After plenty of initial discussion and planning, McCreary’s busy schedule at the time meant he signed on to produce some of the main themes of the game. From there, it was up to Schyman to score the remaining soundtrack – a further two and a half hours of music.

For players parkouring through the world of Athia for 15 hours or more, that might sound like a small number. But looping music – tracks of shorter length which cycle constantly – aside, Schyman is eager to emphasize the advantage and value of applying music with intelligence and craft to a game’s story.

“[These days] there’s so much music,” Schyman explains. “I’m hearing about games now where composers are writing eight hours of music. And to be honest with you, that’s not appealing to me. If you’re being asked to do that, it essentially means that the game has wall-to-wall music or close to it.

“If it were a music game then of course you’ll have music constantly, but if it’s a dramatic open-world RPG? I’m of the opinion that, just like a film, that normally does not need music from the first frame to the last. That a game score would be more effective if it comes in at critical moments, where the music can really play a part in enhancing the experience and enhancing the emotional relationship that the player has with the game.

“My analogy is wallpaper. If you live in a house with wallpaper. After the first few months that the wallpaper is up, you stop noticing it. If something is constantly playing, it starts to just become part of the furniture and it’s less effective.”

There’s also the impact on composers themselves. Creating and adapting music for an entire orchestra’s worth of instruments is a draining process. The higher the workload, the less focus each track is likely able to receive.

"To write music that has melodies and harmonies and is well thought out, complex and interesting?” Schyman says. “Eight hours is some crazy amount of music – even longer than some Wagner operas!

“I’m shedding blood to write this music. It’s really important to me; I fuss over every note. It’s entirely possible that a two-and-a-half-hour score can be expanded. There are a lot of looping cues in Forspoken – traveling music and combat music – and how many times it loops is up to the developers. These are creative decisions made by them and they don’t normally ask my opinion about them. They use it as they see fit. That’s normal.”

So how does the music of a fantasy world come to life? Forspoken’s soundtrack features rousing crescendos fit for bombastic cutscenes and magic-spewing boss battles, of course. But in many places, the gentler harp is given prime presence. It was an instrument Schyman intuitively felt compelled to include, even when initial recordings didn’t pan out.

“The harp is an interesting one because I just found I kept writing for harp and it just felt right and interesting enough,” Schyman says. “When I recorded the orchestral part of the score, the harp part was quite difficult at times. [The orchestra] were amazing, but I was not particularly happy with the harp. And so I said ‘You know what, my sampled harp sounds great.’

“But harp became one of the instruments I consistently used, and when I was listening back, realized I needed to add a live harp. So I had a harp session in LA with one of my favorite harpists, Gayle Levant, and she just totally nailed it. She brought real life to that part because it is so significant.”

The reach of an individual performance can go far beyond elevating a single track, even leading composers to bring an artist into entirely new areas they hadn’t planned to. Such was the case with vocalist India Carney. Originally brought in to add vocals to a single combat sequence, the American singer soon found herself giving far more to Forspoken.

“India has this gorgeous, beautiful voice,” says Schyman. “I didn’t use her on every cue, but actually in retrospect, I wish I'd used her even more! When I was recording her live, I was going ‘God, this brings so much to the table.’ India just sort of represented [protagonist Frey’s] vibe in the game. Her voice represented Frey’s character.

“I loved it and Bear loved it – and the development team loved her too! So it was a no brainer. And she went beyond just singing the parts that I wrote for her. After singing the part that I had written, I said, ‘You have any thoughts? You wanna try improvising?’ And she was totally game. Those [sessions] are fun because someone is bringing something unexpected and cool to your music. I love that.”

Forspoken’s development has been a bumpy ride for publisher Square Enix and Luminous, with the game’s core direction reportedly changing tack multiple times. For Schyman, though, there’s no sense worrying about a title’s eventual reception with players, or their reaction to his music.

“You assume that they'll enjoy it or hope that they do, but you never know," Schyman says. "With the many thousands or maybe even millions of people who might hear the music, someone's not gonna like it. I mean, there's people that can't stand the music of John Williams, Jerry Goldsmith, or Bernard Herman – some of my favorites of all time.

“So you can't please all the people all the time. That's impossible. And if you try to do it, it'll probably be mediocre because it means you're not making any strong choices. Strong choices means big wins but also means that some people will go ‘that's awful’. If you think about that, you'll go nuts. You’ll be paralyzed. I don't even think about that. I honestly don't, because [if I did], I’d want to work at the post office instead.”

When it comes to critical reception, it’s rare for soundtracks to crop up at all. Though Schyman doesn’t necessarily consider that a negative.

“When I look at reviews, I'll find that most of the time – or at least half the time – there's no mention of the soundtrack or music," says Schyman. "Or if there is, it's very minimal. Maybe that's a good thing, because I believe that really good music for film, TV, or games, you're not conscious of it because it's so effective that it's drawing you into the whole of the experience. You're not listening to the score, you're playing the game. You're involved and the music is enhancing the experience and flow. [You’re] not hearing the music, individualized and on its own now.

But for those who do take a moment to pause the parkour and just listen? Schyman is confident that the Forspoken soundtrack will offer as much magic as the land it accompanies.

“I think you'll enjoy the score, I really do,” Schyman finishes. “If you are an aficionado of game scores or scores in general. Play the game, listen to music, and just enjoy the experience.”

Our thanks to Garry Schyman for taking the time to speak with us here at AllGamers. Forspoken releases January 24 for PS5 and PC.