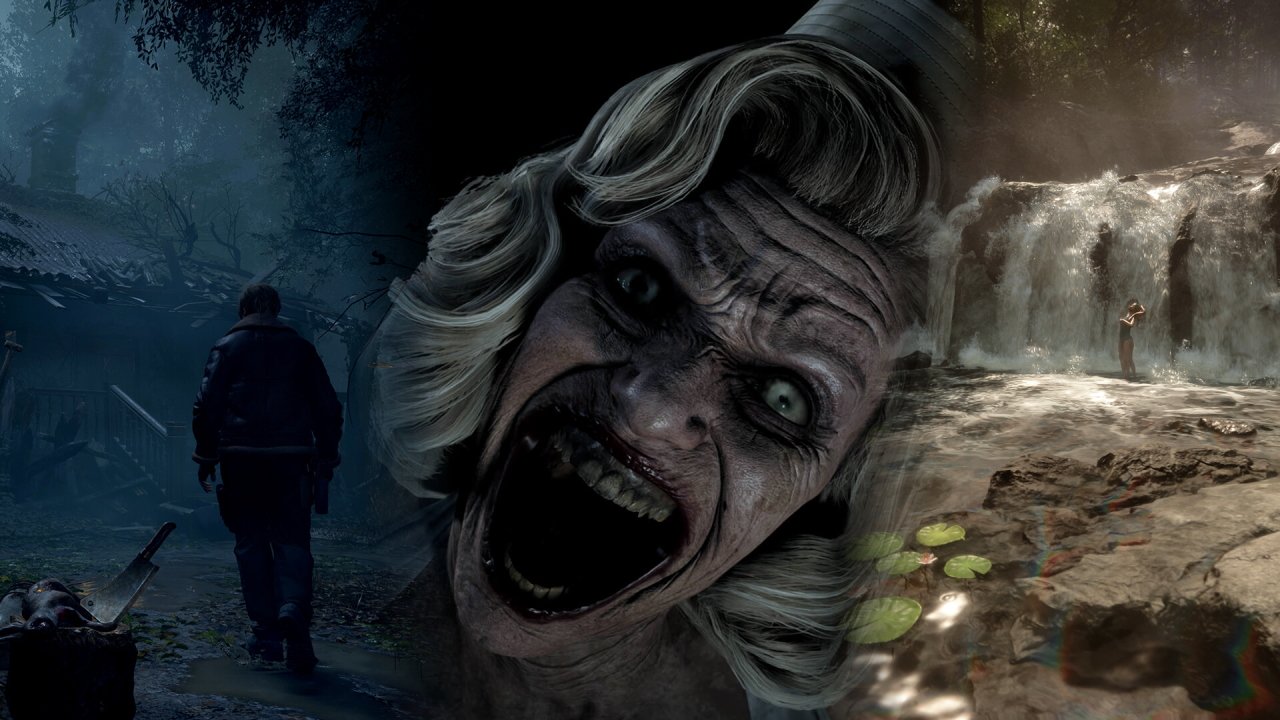 It’s a good time to be a terrorphile. Halloween may be little more than a menacing shadow on the horizon, but thanks to a wealth of upcoming 2023 horror games, you won’t need to wait that long for an excuse to buy new underwear.

Peek between your fingers long enough to catch a glimpse of this year’s video game releases calendar and you’ll find that there are loads of great horror games scheduled for 2023 – both original titles and remakes. So if you love being scared witless as much as we do, set a course for spooks with these horror games of 2023.

Unlucky engineer Isaac Clarke returns to the Necromorph-ridden industrial spaceship, the USG Ishimura. A full rework of the 2007 horror-action classic, this year’s Dead Space remake promises souped up visuals, expanded gameplay and cutscenes, and a fully voiced protagonist. What will be staying the same? The sheer number of limbs you’ll need to slice off with Isaac’s plasma cutter.

If you’re lucky and/or rich enough to have a PSVR 2 headset on the way early this year, The Dark Pictures: Switchback VR is likely to be a must-buy title.

Much like its superb PSVR predecessor, it’s an on-rails horror-shooter which takes you through a terrifying tour of The Dark Pictures Anthology titles, so expect to be blasting away at everything from ghost-ship hallucinations to parasite-infested alien bats.

Sons of the Forest (PC)

Thanks to steady updates, the Forest quietly grew from a small but solid survival game with lashings of horror into one of the most intriguing and unsettling games out there. The sequel, Sons of the Forest, looks to be expanding things further.

The setup remains familiar – a remote island with suspiciously monstrous cannibals – but everything from crafting elements to weapons and enemy types looks to have been expanded massively. Grab some mates and see how long you can survive in these unwelcoming wilds.

The Day Before is looking to revive DayZ-style multiplayer tension by offering a massively multiplayer open-world survival game filled with flesh-munching zombies and other players looking to rob you of your goods.

Genuine horror looks to be light, but if you’re keen for multiplayer survival with a spooky atmosphere, The Day Before may well be worth a look.

The Fatal Frame remaster train continues with a re-release of 2008’s Mast of the Lunar Eclipse. The fourth installment in the series, it continues the camera-focussed gameplay, forcing you to snap shots of unsettling spirits with your Camera Obscura to exorcize them for good.

The story this time follows a group of girls who mysteriously disappeared during the night of a special festival. Ten years later, those involved begin to be killed off one by one. Can the remaining girls halt their demise by returning to the island of their disappearance?

From what we’ve been shown so far, the much-anticipated remake of Leon S. Kennedy’s second outing is taking a distinctly darker approach when compared to the original game. Fear not, though, because the protagonist’s dreadfully charming quips remain.

Much like the Resident Evil 2 and 3 remakes, Resi 4’s revival comes with updated visuals and controls, even allowing Leon to move while shooting. The once-rookie is also now capable of parrying attacks with his knife, though it’ll take a hit to durability every time that you do.

Backed on Kickstarter more than five years ago, the System Shock remake has been a long time coming. Several delays down the line, it appears that we’ll finally be let loose in Shodan’s playground early this year. While not a full horror game, it's hard to deny that the cyberpunk space station setting often proved an insidious locale back in 1994.

The story sees you as a criminal awakening from enforced sleep and attempting to escape Citadel Station gone wrong. Mostly by shooting, hacking, and whacking your way through the facility halls and their corrupted inhabitants. The remake aims to stay faithful to the beloved sci-fi game, but it’ll be interesting to see if the unsettling atmosphere has survived the time jump.

Following the huge success of Control, developer Remedy Entertainment returns to the definitely-not-Stephen-King-inspired world of Alan Wake. All we’ve got to go on thus far is a CGI announcement from The Game Awards 2021, but we’re itching to grab a pen and return to this troubled writer and the reality-distorting threat of the Dark Place.

Prefer to slap the horror palette onto alternate genres? Aliens: Dark Descent is a new squad-based tactics game which sees you guiding colonial marines against a Xenomorph outbreak. Actual scares may be absent, but expect the pressure to mount as you attempt to fend off the game’s intelligent monsters as they adapt to your tactics.

New story elements are also promised, including an extra chapter called The Final Note which sees players controlling the wife of the first game’s painter protagonist. Bloober team has remained coy about how the game will pair the two stories together, promising “a surprising new story and gameplay direction.”

Silent Hill fans have a lot to look forward to. Along with a faithful remake of Silent Hill 2, several new games including Silent Hill f and the mystery-laden Silent Hill: Townfall are on the way. The only title we know is due in 2023, however, is Silent Hill: Ascension.

Rather than a traditional game, Ascension is described as an “interactive video streaming experience”, and appears to use phone messages as one of the core means of control. We could see it debut on a service like Netflix, or be hosted as an interactive livestream on a platform like Twitch.. We’ll have to wait for a further trailer to know more.

What 2023 horror games are you most exciting about? For all the games on the way, take a look at the full release dates calendar for the months to come.