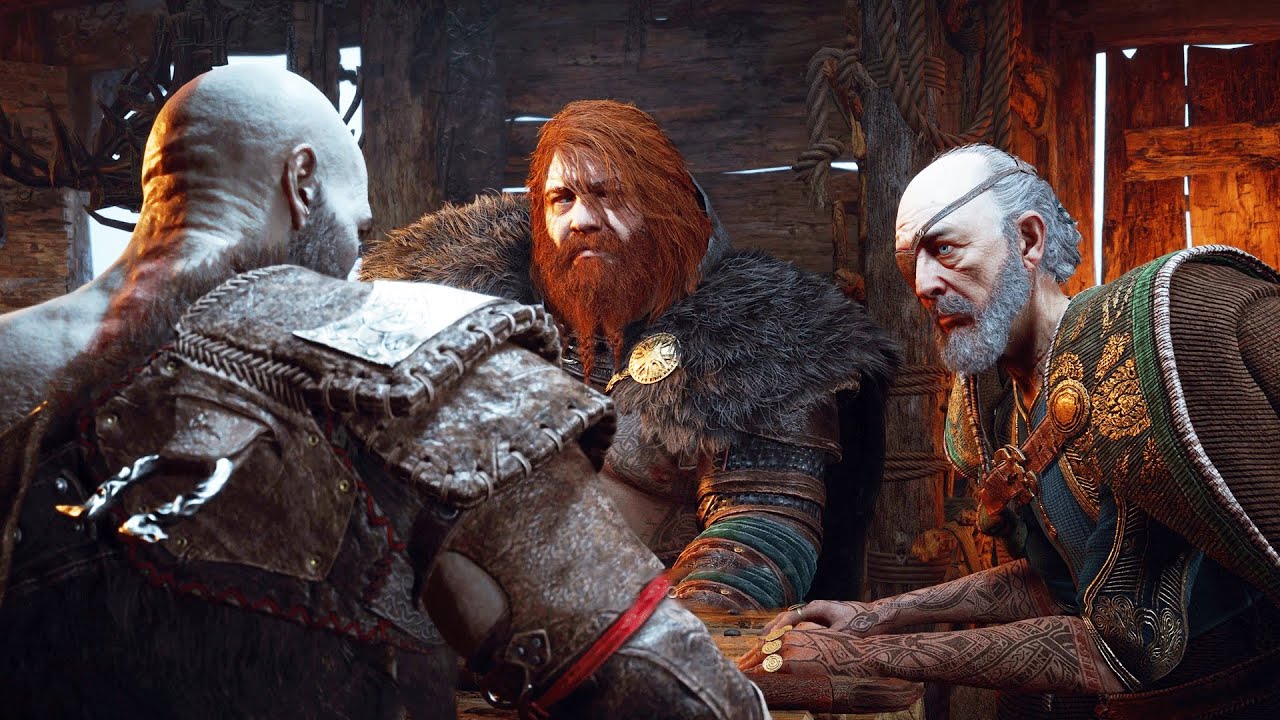 Often the greatest memories of our time in games comes from the people we meet in their worlds. Unless you're playing Valorant or something, in which case that's likely the opposite. But the computer people, the non-player characters, the lovingly written automatons that sell us on the reality of this strange land we are walking, or flying, or sledding around. They're the true lifeblood of these experiences. So with another year over we wanted to look back at the best supporting NPCs who made our 2022 so rich with great stories.

If Horizon Zero Dawn’s side characters were its greatest weakness, Forbidden West works hard to make them a strength. The stoic Kotallo, looking to find his place in the Tenakth and world after losing an arm, is easily a standout. One of the few characters who treats Aloy with mutual respect instead of reverence, Kotallo is unafraid to offer our protagonist direct advice, even she’d rather not confront it.

Kotallo’s personal arc – centered around his desire to develop a prosthetic arm – is tastefully handled, and easily one of the game’s highlight narratives. See it through, and the bond of friendship which develops thaws his initially frosty veneer. Just enough to reveal an honest, stalwart, and surprisingly charming companion for Aloy’s quest.

Our boy. Our lad. There is something about a chivalrous yet slightly incompetent fellow warrior (whose voice echoes out from some cavernous and impractical armor) that earns immediate affection in a Souls game. Like Siegmeyer before him, Iron Fist Alexander is on a roughly parallel journey to your own, but hindered by impassible obstacles you breeze through for him. This time, he's on a quest to become stronger, despite being made of definitionally fragile material. Pots, in video games at least, are made to be broken.

But Alexander is unwilling to accept this infallible truth. He tempers his shell by sitting in molten lava. He gathers the corpses of strong warriors from Radahn's battlefield to stuff inside him and give him strength. He travels through time to Farum Azula, searching for a way to overcome his innate weakness. Always for nought – and, in the case of the lava thing, sometimes even worsening his condition. But he soldiers on. A true warrior's spirit, without the flesh to support it. He will live on in our hearts, as so many warriors lived on in his.

God of War's modern take on Norse mythology leads to some fun character interpretations from an already very loose fictional canon, but none moreso than the latest game's portrayal of Odin. Played by West Wing comms director Richard Schiff, the Allfather has been given more than a touch of The Godfather but with a metro NY Jewish twist. All references to Odin so far throughout the game have built him up as an imposing figure, so to be initially confronted with the small, sarcastic reality is a fun subversion of his reputation. But Schiff's performance adds such a menacing specter of violence and power beneath his calm exterior, manipulating his family to do his bidding and act against their own interests.

It's odd to say that the ultimate baddie in a game has a likeable charm, but Odin really does make you question your automatic animosity towards him. He's effortlessly funny and his reasoning for such atrocities you've only heard in legend are at least plausible enough to earn a second guess. Which makes his inevitable reveal as a cold-hearted villain more impactful. A strong performance from Schiff and some breezy writing make him one of the best new characters introduced in the epic sequel.

It simply wouldn't be a FromSoft game without heartbreaking character arcs, and we think Boc The Seamster's is perhaps the most crushing in the game. The worst part is it's entirely possible to miss, given Boc is so adept at hiding. After chancing across him in Limgrave disguised as a bush, making only pitiful crying noises, you can help out the poor unfortunate-looking demi-human by getting back his sewing needle. Grateful for its return, he becomes your personal fashion designer for free, so in thrall he is to the future lord of the Lands Between.

But along the way you learn more about his motivations; a now-absent mother who so doted on her disfigured son, and an overwhelming desire to become as beautiful as the garments he modifies for you. When given the chance to be reborn by Rennala's cursed egg Boc leaps at the chance, only to suffer the lifespan-shortening effects of rebirth. However if you happen to find a Prattling Pate that booms "you're beautiful" in a voice that sounds far too deep to be a loving maternal figure, he remembers her cooing reassurance that beauty is truly in the eye of a mother. He abandons his likely fatal quest for a facelift and lives happily in your service, kitting you out with threads fit for the Elden Lord. The chance for a good end makes Bok one of our favorite Elden Ring NPCs, plus his enabling of the all-important alternative playstyle of Fashion Souls.

Joining Kotallo in the Forbidden West newcomers camp, Alva is as close as anything to his opposite. Equally nervous, overeager, and chatty, she is, at her core, driven by curiosity. Alva’s deep-seated desire to learn butts up against her people’s zealous worship and censorship of the past, granting her a unique place in Forbidden West’s world and story.

Alva debuts far later in the story than most, yet she earns her place as one of Aloy’s most distinctive allies. Though she lacks the self-assured confidence of other companions, her oft-awkward mannerisms and outbursts of chatter deliver an adorably human change of pace. And given the past she’s left behind, the eagerness and optimism she brings are all the more endearing.