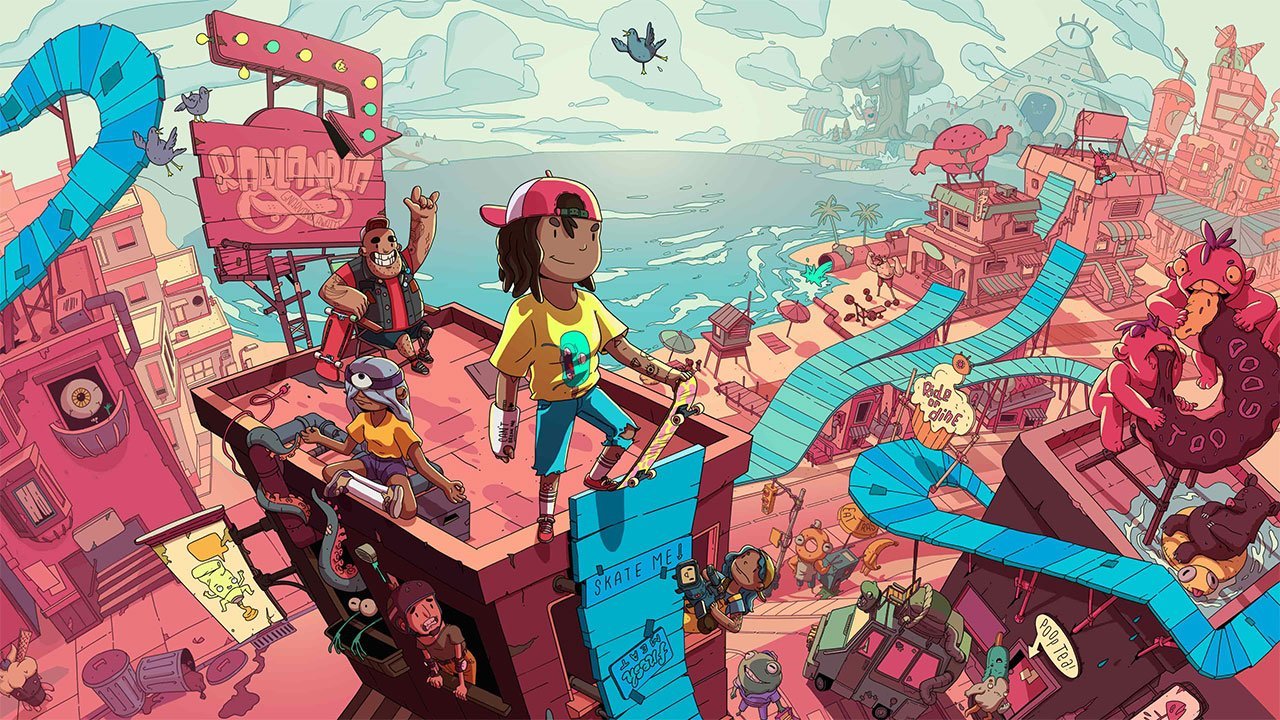 The best-sounding games of 2022

Not everyone is the main character of the year so here's gaming's star supporting roles in 2022.

Gaming audiophiles have been spoilt for choice in 2022, as an avalanche of instruments poured out of our consoles and monitors. Though the big budget orchestral affairs of Elden Ring and God of War may have stolen the awards attention away from the smaller stages at this year's festival of gaming soundtracks, there were plenty of other amazing acts to groove to. So here's what we consider to be the best sounding games of 2022.

Indie speed-platforming hit of 2012 Dustforce wouldn't have been nearly as instantly replayable if it hadn't had the sounds of Lifeformed backing your level sweeping efforts. So it was with much anticipation that we awaited Tunic, a Zelda-inspired RPG featuring music from Lifeformed and new collaborator Janice Kwan. The pair did not let us down with faintly techno and ethereal soundscapes to explore a ruined world with.

But the sonic achievement didn't stop at just decent music, the game's obsession with secrets extends even to hiding the world's lost language in spectroscopes of sounds and the music itself. Such a marriage of form, function and beauty is well worth a year-end shoutout.

Kirby and the Forgotten Land

Nintendo rarely miss with tentpole release soundtracks, and the backing tracks in Kirby and the Forgotten Land are every bit as catchy as Mario Odyssey or Yoshi's Crafted World. Joyful, mysterious, bombastic, whatever a world calls for in its impeccable theming, the music is right there alongside the character and art design to sell a more complete mood. There are nods here and there to Kirby's existing collection of classic riffs, but his adventure into a brave new world comes with a more rounded and fleshed out sound. The village theme also does that neat thing where the instrumentation changes depending on which part of the hub you are in, a staple of the genre and always a delight.

Skateboarding is primarily about flow. The groove. Pure vibes. Call it what you will, but you do it better when you just stop thinking about what your feet are supposed to be doing and how bad it would hurt if you landed with your legs either side of that railing. If OlliOlli as a series has captured any part of skating perfectly, it's this enforced reliance on muscle memory, and to help your thumbs get into their zone, the music is key.  OlliOlli World captures several more parts of skating culture, including the outrageous wardrobe that simply would not look good if you weren't pulling a 540 stalefish over a waterfall. But it really, really nails the soundtracks.

Often when playing we would turn down the satisfying, but sometimes distracting, sound effects – just enough so you still hear when you land a trick on trucks. And then that beautiful selection of chillhop vibes just washes over you, taking away the frustration of another lost combo and putting you right back into the zone, ready for the next run. Check out the full OlliOlli World playlist here, and let your worries melt away.

Stray's futuristic take on Kowloon Walled City comes with appropriately themed music, full of a sort of exotic mysticism and bursts of digital interference. But in the dark and dank interior of the dome, there are plenty of moments of peace and emotional reflection on the state of the world, and the melancholic existence of the characters within it. There are also heart-pumping action set pieces, where those digital beats take over, driving you forward and ratcheting up the tension. But it's the quieter moments that stuck with us, taking a catnap in someone else's apartment, or listening to a robot play a makeshift guitar. Not to mention those pitch perfect meows and mewls from our cat buddy. A treat for the ears and the eyes.

Genshin Impact's latest massive region to be added to the ever-expanding world of Teyvat brought rainforests and deserts to our screens, and the sounds that come with them to our ears. Maestro of the game, Yu-Peng Chen, has taken the opportunity to include South Asian influences in his latest masterwork soundtrack for the Sumeru region, including sitars, ghatam drums and shehnai to evoke the tropics and dunes. Leaning heavily on existing cultural works like One Thousand And One Nights and Aladdin, the themes of the rainforest and desert oases of Sumeru are still unique thanks to strong motifs that tie back to Genshin, in the same way Inazuma before it had a running theme. An ideal travelling companion through this vast new nation.

Legends of metal are crammed into every track of Metal: Hellsinger’s guitar-shredding, drum-thumping soundtrack. Trivium’s Matt Heafy, Arch Enemy’s Alissa White-Gluz, System of a Down’s Serj Tankian; the list goes on. But while the vocals accompanying Two Feather’s heavy metal tracks are impeccably throaty, they’re not the real stars of the show. You see, just listening to Metal: Hellsinger offers but a fraction of the soundtrack’s experience.

Land shots in time to the beat and your Fury rating builds, adding layers to the accompanying track. The vocals only kick in right as you reach maximum, delivering a heavenly personal crescendo right as you reach your peak. With reloads, dashes, and almost every other animation and sound synced to the music, Metal: Hellsinger melds soundtrack and gameplay with such seamless genius that most other rhythm games pale by comparison.