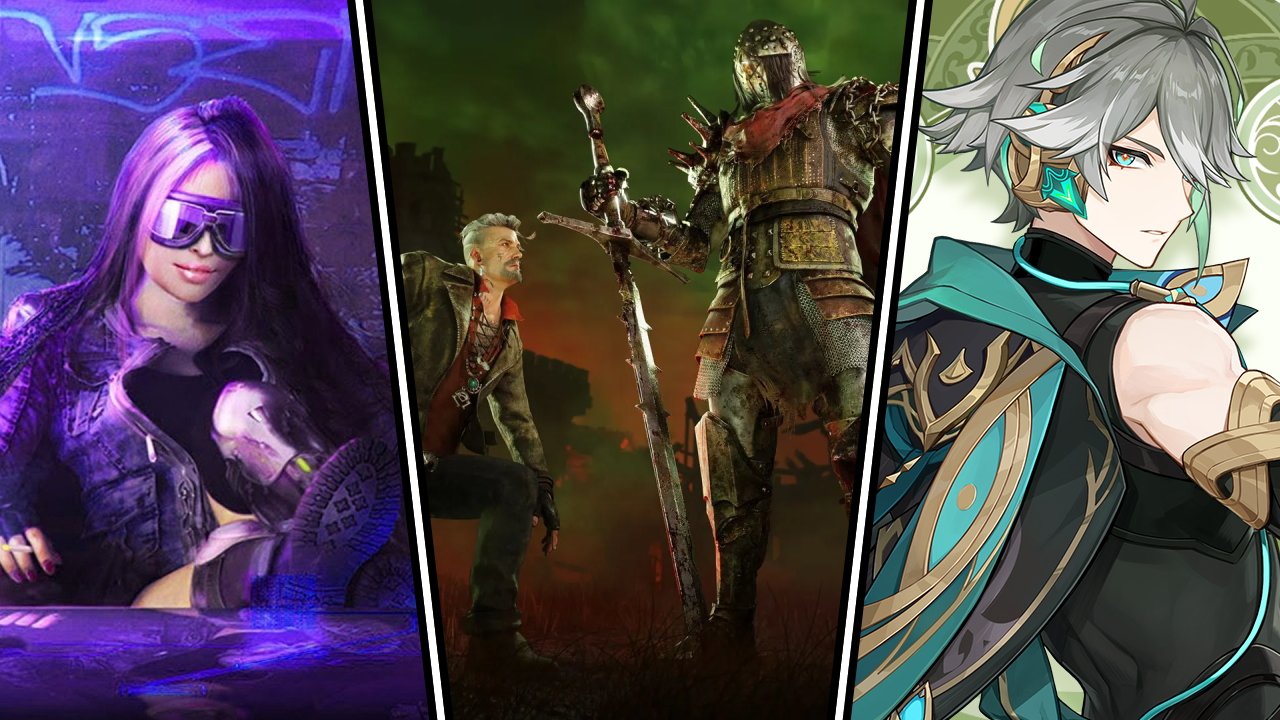 The best supported and updated games of 2022

Modern games don’t really go out of date. Like deliciously mold-ripened cheese, some of our most-played titles in 2022 have only improved with age. A wealth of updates released by the development teams have kept us nibbling away over the last twelve months. So set the table with your fanciest wares. It’s time for the ultimate cheese-and-wine night as we celebrate the best supported and updated games of 2022.

The best supported and updated games of 2022

By this point, all puns about being hooked on Dead by Daylight have already been exhausted. The iconic horror-laced asymmetric multiplayer title is a baffling thing in 2022. Over-stuffed with mechanics, perks, and status effects, the game’s menus and abilities are almost incomprehensible to newcomers. Yet the core system is so inescapably moreish, so utterly unlike the competition, that it remains a thrill to discover.

2022 saw developer Studio BHVR introduce a raft of changes aimed at smoothing out Dead by Daylight’s progression systems, reducing the level of grind needed for the vast majority of players. Pair that with new chapters introducing Resident Evil’s Albert Wesker, The Ring’s Sadako, and new unique Killers like The Dredge, and Dead by Daylight remains as fun and frighting as ever, easily earning a place as one of the best horror games to return to.

Most gamers would consider themselves well-supported if they got a new season pass and character every couple of months. This year, Genshin managed that as well as three gigantic new areas (four if you split new nation Sumeru into the rainforest and the desert), a new elemental reaction (finally) and a whopping 17 new characters. That’s not to mention the fully-fledged trading card game that was just added, and the story quests that have taken players deep underground into Enkanomiya and The Chasm, on a summer vacation back to the Golden Apple Archipelago, and now onto the fourth major region of Teyvat’s seven nations, Sumeru.

Sumeru being the crown jewel of the year, with an outstanding story and a world design that feels like it has learned all of the best lessons from its previous exploration and traversal mechanics, making zipping around and appreciating the environment art even easier. Though there is some consternation among day one players as to the state of the endgame (undoubtedly under review at one of Chinese developer MiHoyo’s multiple global studio expansions this year) for the vast majority of casual Genshin appreciators, there is far more game here than one can get through before the next update. That’s service.

To say Cyberpunk 2077 had a rough start is an understatement. It had barely opened the saloon doors to its neon bar before customers were tripping over visual glitches, chocking on last-gen performance struggles, and unexpectedly exposing themselves in the restroom mirror. Playing the game was… challenging.

Patience, it turns out, is still very much a virtue. Two years down the line from the game’s first bungled launch, and CD Projekt Red’s Night City adventure is now a smooth and stylish experience – provided you play on PS5, Xbox Series X, or a powerful PC, that is. Wave upon wave of bug fixes and performance tweaks have finally transformed the broken mess into a seriously enjoyable experience. So if you avoided the original futuristic fiasco, now’s the ideal time to jack in and wrap up the story ahead of the Phantom Liberty expansion next year.

Remember a year ago, when everyone was calling Fall Guys a dead game? Funny how those overdramatic thumbnails didn’t quite get the story right. Mediatonic’s survival party game can no longer rely on a pandemic locking everyone inside, yet it continues to send new levels, outfits, and official collaborations scurrying down the pipeline

2022 saw Fall Guys make the switch to free-to-play, which felt like the format the game was always destined for. We may not be chasing those crowns each and every day, but jumping in with a group of friends once a week to race through zany levels of outlandish obstacles still churns out laughs like few other games out there.

Phasmophobia led the way when it came to co-op haunt hunting, and continued updates have certainly kept the spooks of its American suburbs interesting. But for our money, the terrifying tombs of Forewarned have fished up fresher frights throughout 2022. Facing off against the many mejai lurking within has only grown scarier thanks to updates like Eternal Banishment which added an optional and tougher missions objective culminating in a dramatic showdown.

New maps and mejai have entered the fray, alongside variations and visual updates to the old. Some bring entirely new terror mechanics, transporting you to temporary locations just for the sake of scaring the life out you. Good job there’s a built in respawn mechanic then, eh? All that support from a two-person development team is brilliant to see, and we hope it will continue long into 2023.