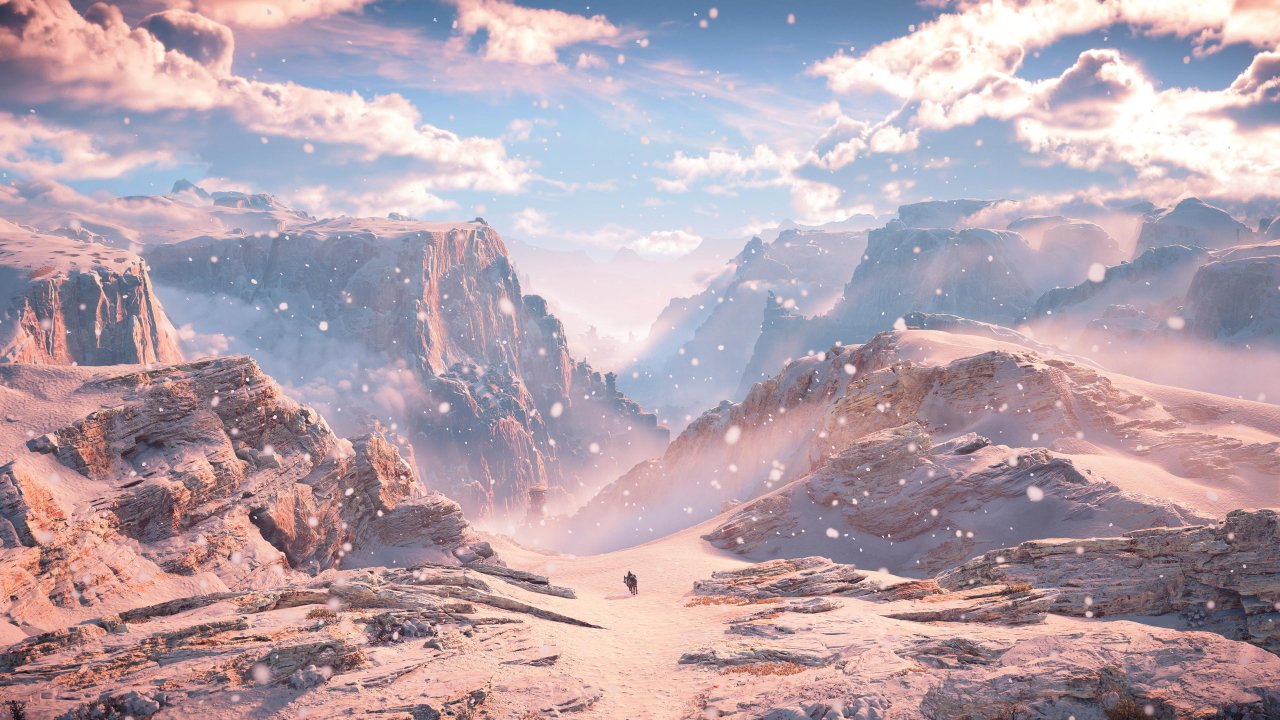 The end of the year is a good time to get superficial. No, we’re not talking about pretending to smile when your family inquires yet again about your career path/love life/social circle [delete as appropriate] around the dinner table. Instead, we’re looking back at the lookers of the video game year. Forget the most memorable boss fights or fancy DualSense magic – indulge your eyeballs by checking out the best-looking games of 2022 below.

Look, Stray definitely had us sold with the dedicated meow button. You can hardly blame us there. But once we’d finished squealing over the adorable chirrups and purs emanating from our controller speakers, we were just as pleased to discover that this tale of feline exploration is sporting purebreed-level looks. The cyberpunk city chunks of the Slums, Antvillage, and Midtown are all small, but each is crafted with such character as to make them distinct and memorable.

Neon lights haphazardly decorate maze-like streets, bathing graffiti-smothered walls in humming hues. It’s a dystopia, certainly, but one that remains charmingly hopeful thanks to the details of life added by the robotic inhabitants trapped within. And given the freedom to climb and clamber with cat-like dexterity, there are all-too many opportunities to paws and appreciate the world from a new perspective.

Played on PS5, Horizon Forbidden West is too pretty for its own good. Those luscious woodlands, muggy swamps, and snow-capped mountains are so crammed with detail, so bursting with vibrant colors, and so flooded with particle effects that it’s sometimes a genuine challenge to identify the interactable game elements within them. A problem? Sometimes. But it’s a price worth playing just to treat your eyes to the vistas on offer.

Better still are the mo-capped cutscenes. Aloy should never play poker, because her every emotion is on display during major cutscenes and even most sidequest conversations. Pair that with an impressively realistic range of people to chat with, and you have one of the best showcases for the power of a machine like the PS5.

Far from throwing all the bells, whistles and high-fidelity kitchen sinks at its visuals like what most would consider from a next-gen game, Tunic goes with a much cleaner style. Almost minimalist in construction, the lighting and isometric camera position combined with some very clever depth-of-field blur make this adorable RPG look more like it’s being played on your tabletop than a console. The tilt-shift perspective and slightly plasticine textures give everything the air of a joyful diorama, with plenty of hidden nooks and crannies to peek inside.

Red, green and blue colors play a pivotal role in the game’s structure, and serve as a story motif throughout. So it’s only right that this game contains some of the most arresting palettes we’ve seen this year. Bold and deep blues, greens saturated beyond reality, making everything feel dreamlike and illusory. It’s no coincidence those just happen to be the LEDs used to generate every pixel of light on your screen. When viewing the game’s sumptuously detailed manual, you can even see the “screen” you are playing the game on behind the pages, and if you zoom in on the edge of the book you can see those red, green and blue LEDs. A kind of knowing wink to an aesthetic that fully embraces its medium.

Playing the Dark Pictures games yearly, you’d be forgiven for missing just how far developer Supermassive Games has come since Until Dawn. But don’t let that steady iteration fool you. These mo-capped cinematic scare stories haven’t always looked this good. This year’s release of standalone title The Quarry marked the perfect point of comparison, and the difference is like werewolf-ridden night and day.

A few dodgy water effects aside, the Quarry is a gorgeous treat for the eyes, even if you’ll spend much of it panickedly scanning the screen for any sign of danger or a quicktime event. Where Supermassive Games excel is in facial capture, with characters conveying genuine fear, shock, and anger at the events unfolding around them. What we’re saying is, if you want a photorealistic old lady to tell you off for not finding enough Tarot cards, play The Quarry.

The age of gawping over glistening paint jobs seemed largely to have been left behind with this console generation. Until, that is, Gran Turismo 7 finally released earlier this year. To those outside the automobile obsessive sphere, GT7 likely won’t hold a candle to the bombastic colors and music of Forza Horizon. But this isn’t a game for them.

GT7 is unabashed in its simulationist design. It’s built not just for those who want to set the fastest laps, but for the folk eager to fill out their garage with classic racing cars, then sit inside for a time just to admire how accurately the gearstick has been rendered. And with ray tracing thrown into the mix? There really is no better-looking game for car buffs.

To call The Callisto Protocol good looking would be a bit of a misnomer. Evil looking better befits this gruesomely violent sci-fi action-horror title from the co-creator of Dead Space’s new studio. Built for next-gen machines (and the all-powerful PC), The Callisto Protocol isn’t content to just gross you out with slavering, mutated, and many-tentacled monsters. No, this is a game which comes with a segmented and distressingly detailed gore system built specifically for all-to-easily offable protagonist Jacob Lee.

In the first hours of The Callisto Protocol you’re likely to witness poor Lee’s limbs ripped from sockets, his head stomped in, and his jaw torn off. And that’s just the tip of the blood-spattered iceberg. It’s certainly not for everyone, but such detailed deaths have proven popular enough for the team to prepare extra animations for a future DLC release. Those who enjoy that kind of thing, you already know who you are.

Want to continue looking back at the year through subtly rose-tinted gaming glasses? Read our roundup of the best boss fights from 2022 here!