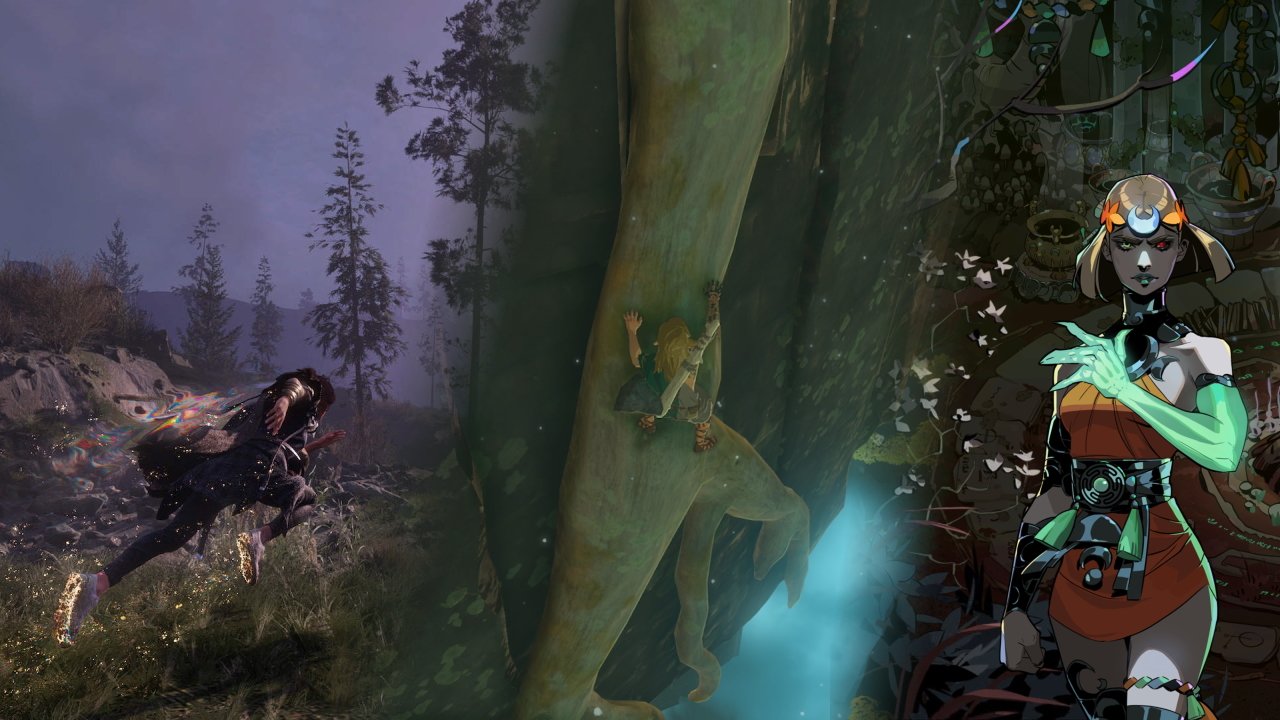 Elden Ring? Ancient history. We've left the Lands Between behind and kissed Kratos farewell. 2022 is over -- it’s time to look to the future. The good news? There is a lot of gaming goodness to look forward to. So whip out those calendars can get your markers at the ready, because here are our eight most-anticipated games of 2023, as well as three sleeper hits that could steal the show. Y’know, if they don’t get delayed again.

Our most-anticipated games of 2023

After several lengthy delays, it looks like Forspoken will finally be ready to run come January 24th. And protagonist Frey Holland has a lot of running to do, if trailers are to be believed. Built for the PS5, Forspoken features a mix of magically-empowered parkour and combat as Frey zips across a land of dragons and devious factions. Transported to Athia from the real world's New York, Frey is aided by a sentient bracelet. Because of course she is. There's a demo available on PS5 if you want an early look.

Ooh, we’re already itching to test our skills in the underworld once more. In Hades 2, Zagreus’ sister Melinoë takes center stage, training herself up to face Chronos, the Titan of time and father of Hades. Way to outshine your brother’s efforts, Mel. Expect slick, flowing combat to return, with plenty of new boons to augment Melinoë's different weapons of choice. Hades 2 enters early access in 2023, at which point we can only assume that players across the world will collectively swoon over its cast of gorgeous Greek gods.

Dropping on March 24th, the Resident Evil 4 Remake gives Leon S. Kennedy’s second outing a full overhaul. It looks to be staying true to the original overall, but new mechanics include moving while shooting, increased environmental interactions, and the ability to parry attacks with your knife – even a chainsaw, if you’re brave enough. Unconfirmed thus far is whether Ashley's update will save our ears from endless cries of “Leon heelp!” Fingers crossed.

5. The Legend of Zelda: Tears of the Kingdom

Measuring up to Breath of the Wild is probably an impossible task, but good god are we excited to return to Hyrule in its sequel. Time manipulation appears to play a major part in Link’s next open-world outing, with a rewinding skill necessary to reach floating islands which rest high in the sky. There's a feeling that Nintendo has been keeping certain exciting elements of this title hidden, with only glimpses available of  our green-clad hero getting a funky new arm, the possibility of split timelines, and perhaps even the return of Ganondorf. It’s out on Switch, May 12th.

Toss away those preconceptions of what Street Fighter means. The sixth core game will still feature two colorful characters slapping each other silly, yes. But on top of that familiar base is a hefty uppercut of new content. Create your own custom character, then take them into the explorative World Tour mode or the online Battle Hub to terrify NPCs and human players alike. Dive into ridiculous arena modes including ones which feature charging bulls and exploding balls which bounce between you with each hit. Competitive fighters should take note of the new Drive Gauge, which enables new attacks and counters for each character. Street Fighter 6 is out June 2.

Final Fantasy fans are getting a double dose next year, as part two of the FF7 remake is being joined by a new mainline entry. The setting this time is more traditional medieval fantasy when compared to FF15. Gigantic mothercrystals dot the land, granting powerful magical abilities to the societies which have built up around them. Tensions between nations are stressed to breaking point, and as a powerful Dominant capable of summoning a fiery monster, your services are in high demand. You’ll be able to venture into Valisthea on June 22nd.

Is Starfield actually going to launch in 2023? Your guess is as good as ours, but hey, we’re optimists. Bethesda’s space RPG looks to be galactic in scale, with more than 1000 planets to visit in your customizable ship. Whether you're itching for fights or just want to make friends with interplanetary citizens, we've no doubt that Starfield will keep you occupied for months straight. Right, we’ll be sitting in the cockpit until liftoff arrives. Aaaanny day now.

Listen, we said we were optimists! Developer Team Cherry has promised that Silksong will arrive in the first half of the year, and all we can do its pray that they’re correct. The sequel to one of the best Metroidvanias ever made Silksong doesn’t quite have the same boots to fill as Zelda, but that’s only because they’re made for bug-sized feet. We’ve been waiting a long time, but 2023 might just be the year that finally delivers.

So you’ve seen the major highlights, but 2023 has plenty more to offer. Here are three games we reckon could make for surprise hits.

A novel spin on the Monster Hunter formula, Wild Hearts is set in fantasy world inspired by feudal Japan. To take down mighty Kemono monsters which stalk the wilds, players will utilize ingenious Karakuri devices that are part magic, part mechanics. Mechanical traps, walls, springboards, and even vehicles can be spawned from these tinker-pleasing contractions to help you bring down your prey. Monster Hunter fans should keep an eye on this one when it launches on February 16th.

From the lead gameplay designer of Limbo and Inside, Cocoon is a puzzle game in which you carry the world on your back. Several worlds, in fact. Each orb on the carapaced protagonist’s shoulders is both a unique power and an entire level you can hop inside. Combining worlds and powers will be key to solving each orb’s challenges so you can face the boss lurking within

Dead By Daylight developer Behaviour Interactive is getting asymmetric again, but the bloodthirsty killer this time is a level. Half of Meet Your Maker is a dungeon-building sim, letting you construct a tower packed with deadly minions and even deadlier traps. The other half? A sci-fi shooter and slasher. Raiding alone or with a friend, you'll dive into monster-filled mazes made by other players. The aim? To see how many runs it takes you to reach the genetic material stashed at the center. Here's hoping it's possible to watch replays of all the times others have fallen victim to your own base's spiked pits.

Those are our picks, but what are your most-anticipated games of 2023? Share your thoughts in the comments below. And while the last light of 2022 is fading, why not read up on some of the best-supported games of the year? You'll need something to play until the games above arrive.