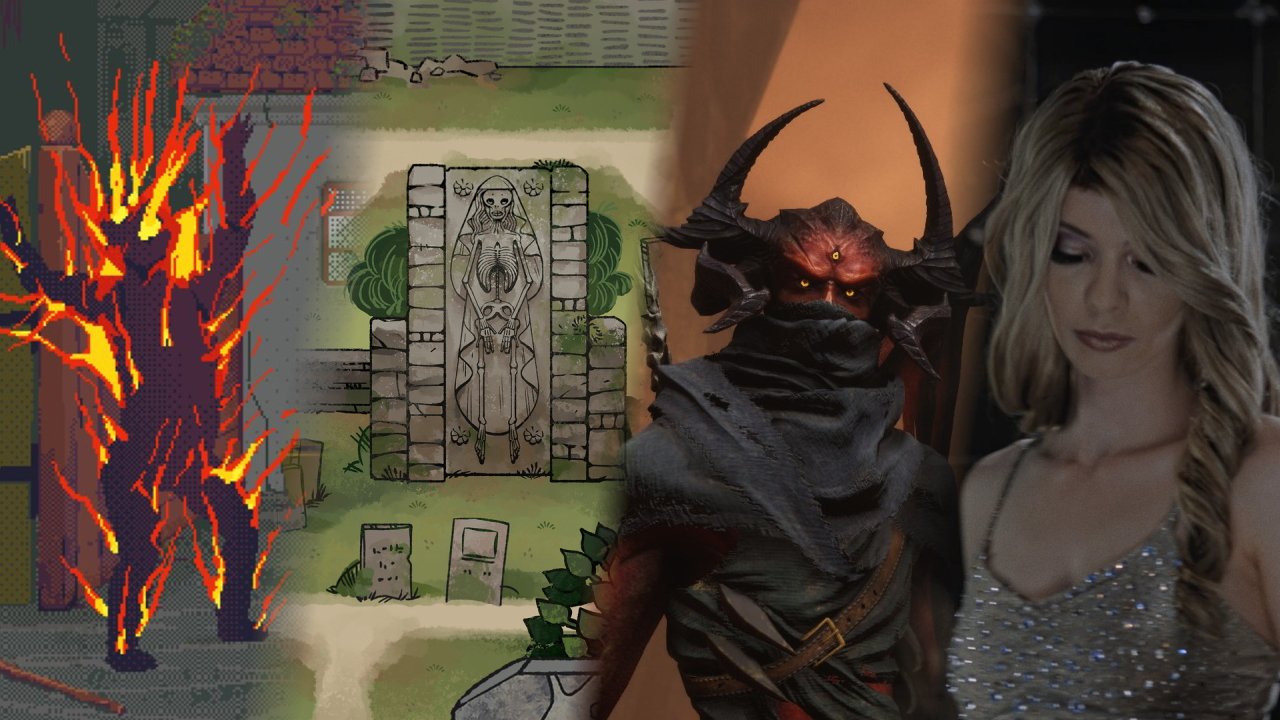 Tear your eyes away from those pretty pixels! AAA gaming might wow you with the shiniest breastplates and a plethora of hollywood actors, but not every game needs as many polygons as Kratos’ beard to be a stunner.

Look past the giants of the gaming world and you’ll discover that 2022 was hiding a crate full of classics. And it’s about time you cracked it open. Winter nights are best-spent catching up on your catalog, so here are the best games of 2022 that you probably missed.

An actress lost to the archives. In Immortality, your only goal is to uncover what happened to Marissa Marcel, a would-be hollywood star who seemingly vanished. By watching and shifting between movie segments and behind-the-scenes footage, you’ll slowly piece together a story that goes beyond one person. A distinctly unique gaming experience, Immortality is one best enjoyed without prior knowledge.

One look at Pentiment’s distinctive art style was probably enough to send many in search of more familiar visual territory. But if the praise-laden reviews haven’t made it clear to you yet: Pentiment is up there with the very best of the year. A funny and charming tale, it follows a 16th century traveling artist caught up in an unexpected series of crimes over several years. Conversation is the tool at your disposal, and both the decisions you make and discussions you hold will impact the lifelike characters in the town around you.

Have you ever wondered what goes into the magical potions that fantasy adventure characters chug by the dozen? In Strange Horticulture, you’ll be collecting and growing their key ingredients: plants that can protect against the cold, unlock any door, grant bravery, or even produce deadly poison. Running a magical plant shop might seem straightforward, but with such forceful flora at your disposal, you’ll soon find yourself puzzling through a mystery engulfing the local town, its inhabitants, and your store.

Skating games are cool. Shooting games are cool. The next step is obvious. Rollerdrome is one of those games which utterly nails fluidity, letting you zip around its bloodsport arenas, grinding on rails and pirouetting through the air as you unload shots at goons and turrets sent in to take you down. The concept is clean, and it only takes one mid-air slow-mo shotgun shot to teach you just how slick Rollerdrome can make you feel.

Dystopian sci-fi and the point-and-click genre have seen a popularity surge in 2022, and Norco combines the two deftly in an intricate and impactful tale. The story follows Kay, who returns to her corporate-run childhood town to tidy the affairs of her recently deceased Mother. Events quickly spiral, and Kay finds herself navigating a web of relationships and corporate intrigue which envelops and harms the Louisiana town.

Packaging the gunslinging and demon-slaying of Doom into a rhythm game format is such a good concept that we really shouldn’t need to say more. In-game tracks include vocals from legends like Trivium’s Matt Heafy and System of a Down’s Serj Tankian, but Metal: Hellsinger is such a joyously cool game that even those who aren’t into metal will struggle to resist bobbing their head or tapping a foot with each shot to the beat. Custom song support has also been added, meaning PC players can enjoy gunning down the hordes of hell to whatever tunes they like.

The Case of the Golden Idol (PC)

The Case of the Golden Idol looks at first instances like a comedy tale in the vein of classic Monkey Island games. Don’t let the colorful pixel art fool you. This occult murder mystery makes you detective in a string of seemingly unexplainable and often grizzly deaths.

Each event is frozen in time for your perusal, letting you point and click at people, objects, and the environment in search of information and answers. The thrill of detective work is captured magnificently. You’ll need to ponder and stretch toward answers as you fill in the blanks to deduce what, exactly, occurred in each fatal occurrence.

Those were our picks for the best games you might have missed in 2022. Got your own recommendations? Share them in the comments below.