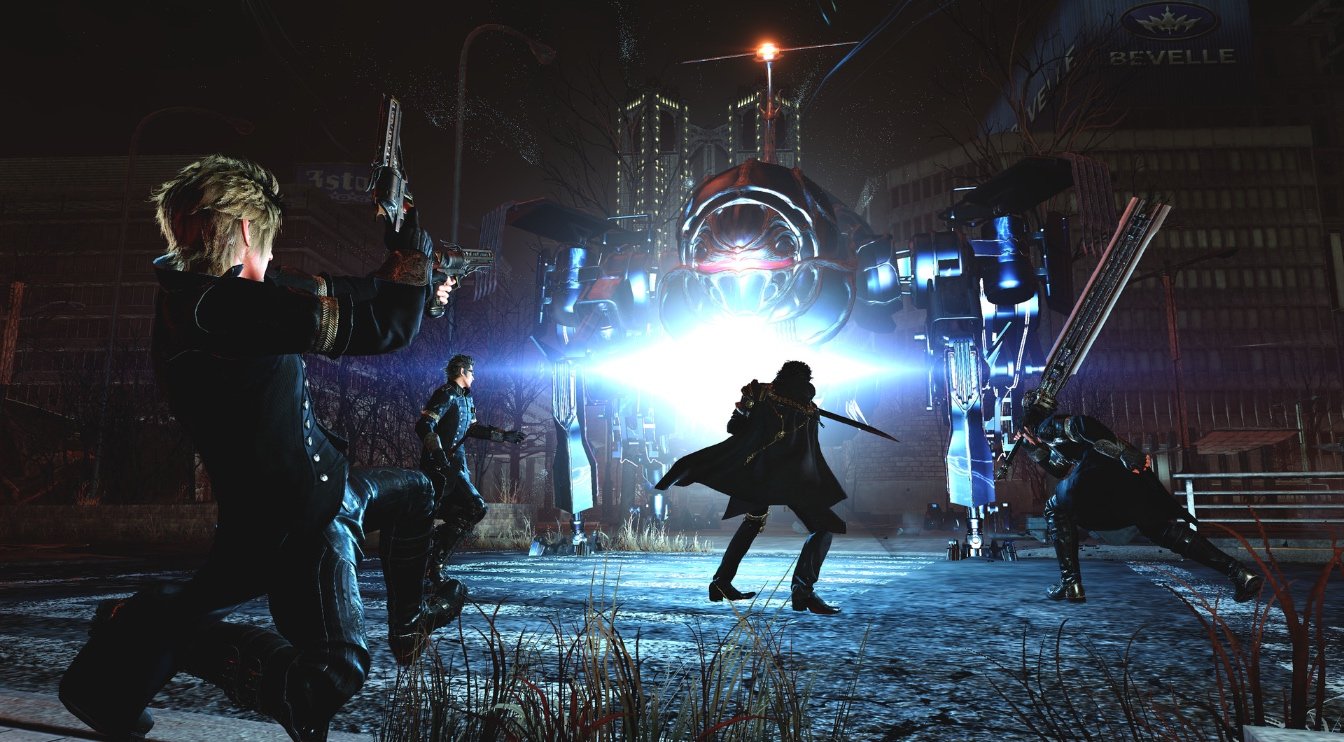 Some of the greatest stories ever told, the most celebrated movies ever screened, and meaningful ‘our tunes’ ever composed arrived imperfect. Didn’t matter, and it never will. The Square Enix video game Final Fantasy XV was muddled in parts too, but just like those memorable tales, flicks and songs, we didn’t care. The game had soul, something sincere.

For the bad games in great franchises we'd rather actually forget, click this cursed link.

Final Fantasy XV Royal Edition is launched this week, and incorporates episodes ‘Gladiolus’, ‘Prompto’ and ‘Ignis’, plus ‘Comrades’ multiplayer mode, alongside exclusive DLC extras and new dungeon: Insomnia City Ruins: Expanded Map. Newcomers are getting the full, refined FF XV experience. Now is definitely the right time to commit on Xbox One and PlayStation 4, if you’ve been sitting on the fence since November 2016. You can add native 4K support to all of the above on Windows Edition for PC. This isn’t what we came to talk about, however.

In its base version, FFXV is a 50-hour quest that successfully combines open-world structure with traditional Japanese RPG hallmarks. On the surface, and weighing the sum of its parts, XV is the grandest new addition to the series since Final Fantasy VII. It took the failings of an on-rails experiment in the form of Final Fantasy XIII (in hindsight, not so damnable after all), and a rocky development history to galvanize a fresh team around director Hajime Tabata, to reach us in the form that it finally achieved. We almost played the game out of loyalty.

Despite Tabata’s many presentations ahead of the game’s launch, which promised the most accessible, westernized instalment that fans deserved and newbies prayed to understand, the opening hours of XV were pretty much as everyone could’ve guessed: amazing visual tech with performance issues, tricky try-hard combat system, and a mystifying narrative.

Prince Noctis was kind of obnoxious. His buddy Prompto was a pain in the ass. The two main other guys verged on the forgettable, were it not for their skills helping to auto-win battles. We seemed to have to care about fishing, enjoy riding in a slow car. We befriended a dog.

Are we there yet?

We don’t allow ourselves to see it at first, preoccupied with measuring XV against the hype, and best moments encountered in franchise history. We’d like to save everyone the trouble, and request that you simply let all that baggage go from the very beginning. This is because, in due course, you’ll witness in Prince Noctis something more significant than a by-numbers anime hero, and in Prompto a reason to care. The bravery, expressed more ways than one, by Gladiolus and Ignis, is deeply affecting also. We think we understand whatever is going on between Noctis and Luna, that it’s a fairly straightforward love affair gone awry, but one pivotal scene has caught so many players off-guard, causing genuine, uncontrollable tears.

That obsession with opinion, which fans know they’ll be called upon to share, is one side of the problems facing Final Fantasy XV that, given its legacy, is understandable, unavoidable. It’s the kind of distraction that all major franchises face, from Stranger Things through Star Wars and probably Ed Sheeran. It’s almost as though a majority vote is needed before we settle down to simply enjoy a thing. We’re constantly waiting on Twitter-verse approval.

On the flip side, we have Square Enix and Tabata almost fearfully defending their intentions, ahead of release, instead of just being allowed to get on with creating and fine-tuning an unforgettable experience for an attentive audience. Final Fantasy XV proved there are still some extraordinarily talented people we can trust, and not need to over-analyse. Also, that our beloved hobby is capable of summoning magic equal to anything in all of entertainment.

Above all, Final Fantasy XV has managed to become monumental. And this means that the series now has a promising future that it had previously earned, but was in danger of losing. In a way, it has settled the entire portfolio, diffusing a lot of the anxiousness. We can even enjoy Lightning Returns: Final Fantasy XIII for what it was. Bizarre as it was, it has its place.

Look, we’re not ignoring that fact that Altissia offers a strangely succinct story arc, or that we could’ve seen Luna being more demonstrably powerful. Aranea and Cindy are ladies that seem lost to a bygone era. Chapter 13 needed attention post launch, just about patched up.

But, when reading the name of Ardyn makes our sword arm twitch, and the importance of all those pesky photo-shoots hits home, it’s far more acceptable to acknowledge the real and powerful emotional impact that Final Fantasy XV has on those that appreciate it most.

Square Enix has rightly received a lot of bad press recently for lacklustre re-releases of retro classics. Final Fantasy XV Royal Edition is a different bag entirely. We firmly recommend the trials of Noctis and his entourage as a rite of passage for anyone seeking an entry point into the world of hefty JRPGs, at the same time serving as a beacon for the Final Fantasy series. There are more moments that make this top tier Final Fantasy. Many fans would agree that it is mid-tier at the very least. And we’ll venture that it’s only the fans clinging to their own preconceptions that walked away wholly unfulfilled.

Check it out, we beseech thee.