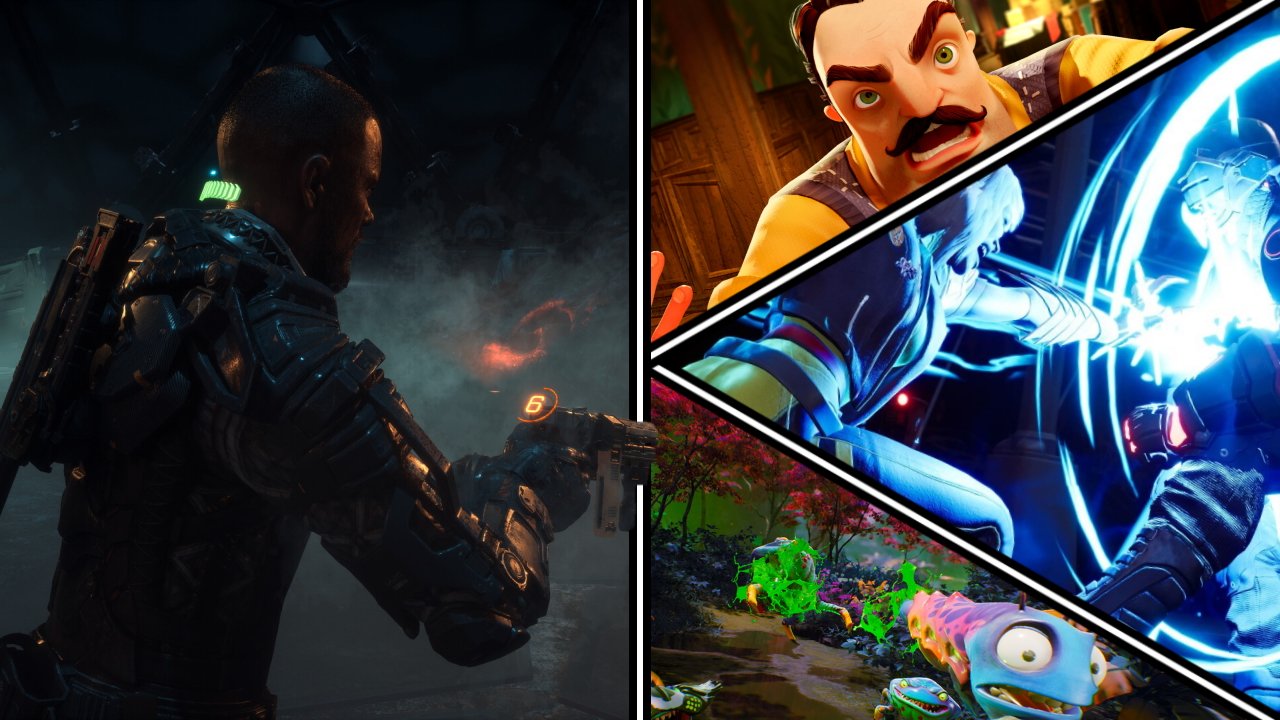 As frost spreads across the vault doors, watch closely and you can just about see the December video game releases for 2022 sneak out through the final sliver of this year’s release window.

The biggest games of 2022 may have already burst onto the scene ahead of the holiday window, but there are still plenty of exciting releases on the way in the dying light of the year. Here are the key December video games of 2022 to load up on those cozy winter evenings.

Marvel’s mightiest ditch real-time action scraps for a spot of turn-based tactics in this card-fuelled squad combat game. Amass a team of talented super heroes in the Midnight Suns HQ between missions, then deploy them in squads of three to tackle goons and iconic villains.

Lilith, the mother of demons, has been raised from her slumber by Hydra, and you can be they don’t want her help donating to charity. The good news is that your own custom superhero, The Hunter, is ready to lead the Midnight Suns against her. As Lilith’s forsaken child, you might be the only one who can stop her.

From a new team headed by Dead Space director Glen Schofield, The Callisto Protocol is a sci-fi horror game which promises to be even more terrifying (and gory) than the series it draws clear inspiration from.

A disturbing virus has been unleashed within a brutal penal colony on Jupiter’s second-largest moon. The affected have been transformed into monstrous beings – ones which want nothing more than to tear protagonist Jacob Lee into constituent, fleshy parts.

With deadly machinery aplenty and mutating enemies sprouting blades and tentacles. The Callisto Protocol promises to be a brutally violent affair, meaning you’ll need to work hard if you want to keep all of Lee’s limbs in order as you make your escape.

After a lengthy session in the shop, the illegal street racing series is screeching back onto the scene. And it’s brought a new lick of paint. Need For Speed Unbound blends slick city streets with anime-inspired visuals.

Tuning up your car now means more than just swapping out physical parts; you can also decorate your rig with different effects, lights, and colors that’ll come into play as you throw up dust during drifts or score hangtime in the air. Show off with fancy maneuvers during races and you’ll build up nitro to boost past the competition.

The game is set in Lakeshore City, a stylized take on Chicago. Challenge other racers to make money and raise your reputation, or take part in special events which include the chance to win A$AP Rocky’s in-game wheels.

Those dastardly neighbors are at it again, hiding unseemly secrets in their homes. As an investigative journalist, your job is to sneak your way through the local houses as you strive to discover what happened to the missing children in the twisted town of Raven Brooks.

In the sandbox environment, each AI-controlled neighbor (along with their house) presents unique challenges and puzzles to overcome as you piece together clues. Outsmart the Baker, Taxidermist, and even the town Mayor in your hunt for the truth. Just don’t get caught, or else.

Mario Kart 8 continues its glorious revival with another eight tracks joining the game this month. As in previous updates, the Wave 3 tracks include both new and old tracks – most picked from Mario Kart history.

Anyone who purchased the pass or is subscribed to the Nintendo Switch Online + Expansion Pack will gain access to the tracks on December 7. Three more waves are set to release throughout the year ahead.

The distinct humor of Rick and Morty creator Justin Roiland is on full blast in this sci-fi shooter filled with obnoxious talking weapons. Expect a lot of back chat from your blasters as you unload on a variety of squelchy aliens, and some suspiciously euphoric support from your knife each time you plunge it into a neck or eyeball.

High on Life’s story seems to have something to do with stopping aliens from turning humans into a kind of relaxation drug, but it’s basically an excuse to take on the space mafia as you hop between world and rescue more talking guns along the way.

Don’t be fooled by the white hair, Geralt of Riva is no geriatric. The acclaimed third entry in the franchise, The Witcher 3: Wild Hunt makes the jump to the latest generation of console this December.

The story follows the supernaturally empowered Geralt as he hunts for his adopted daughter Ciri at the behest of the empire of Nilfgaard, her birth father. Being an open world game of course, you’ll actually spend the majority of your time getting caught up in the troubles of towns and cities caught up in a continent-spanning war.

The next-gen upgrade will include beefed up visuals and textures, speedy load times, effects like ray-tracing, and even a new photo mode. Impressively, it’ll also be free to all owners of the game, letting anyone who grabbed it already on PS4, Xbox One, and PC upgrade to the improved version on the corresponding platform.

Those are our picks for the biggest December video game releases of 2022. Looking forward to any games we’ve missed? Let us know so we have any excuse to play more over a cup of hot chocolate this holiday.