9 beginner's tips for God of War Ragnarok that'll take your Kratos from greenhorn to godly. 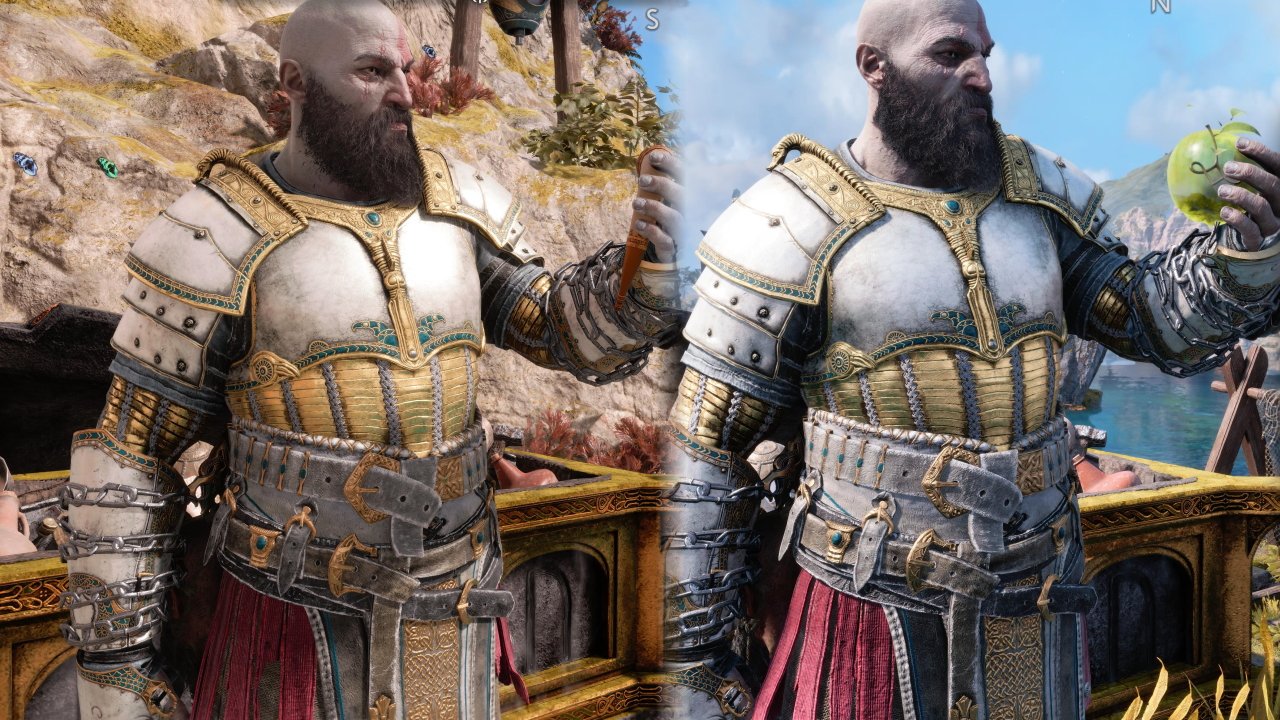 Games like The Quarry and The Dark Pictures Anthology

God of War Ragnarok’s Nornir Chests serve as regular puzzles which reward powerful rewards like Horns of Blood Mead and Idunn Apples to boost your Rage and Health bars, respectively. In this guide we’ll show you how to solve all Svartalfheim Nornir Chests in God of War Ragnarok so you can step up your stats as soon as possible.

Nornir chests always reward Idunn Apples or Horns of Blood Mead, alternating with each chest you open, regardless of the order you complete the chest. Both items are extremely valuable, making it worth tracking down all the Svartalfheim Nornir Chests.

The first Svartalfheim Nornir Chest you’ll encounter is after your first outing in a boat. It’s on an outcrop to the east of the Aurvangar Wetlands. An introductory chest, this one is pretty straightforward – just throw your axe at the three nearby rune stones matching the runes on the chest.

The first rune is behind the chest itself, and the second is up on the ricks to the right of the chest.

The final rune requires you to freeze a nearby geyser using your heavy axe throw. That’ll let you clamber up to the raised platform where the rune rest by a tree.

The second Nornir Chest in Svartalfheim is also in the Aurvangar Wetlands, just as the river bends around to the right after the gate puzzle. Instead of heading in this direction, look for the small gap on the left side of the river you can approach to slide the boat under.

You can dock on the other side here for an island packed with collectibles including the chest next to a large gear and machinery. For this one, you need to locate three spinning wheels and hit them with your axe to rotate them to the symbols which match the chest (they look like a P, B, and N).

For the first rune, head left from the chest and climb the mountable wall here. Look up to your right at the top to see the spinning device on a rock outcrop. Spin it to the N rune.

For the second rune, head past the first rune location, sticking right and drop down to a lower ledge. You should be able to see the rune device against the wall over a cliff edge ahead, You’ll need to drop down and walk around to its other side to see the current active rune. Rotate this one to B.

For the final rune, jump up the wall to the left of the second rune machine and stick to the left wall of the path until you pass a large gear and reach a geyser. Use your axe’s heavy throw to freeze the gear and reveal the rune machine behind. Recall your axe and throw it through the water to spin the dial until it lands on the P rune. It doesn’t matter if you can’t see, so long as you’ve got the other runes correct, you’ll hear a distinctive sound when it’s correct.

This Svartalfheim Nornir chest is found right by Radsvinn’s Rig close to the watchtower once you enter the lakes with the mining rigs after Nidavellir. Once you beat the enemies in this area, you’ll need to ignite three rune torches using your Blades of Chaos (L2+R2) to open the chest on the north side of the rig area.

The first C rune is just to the left of the chest itself.

The next R rune is hidden behind some soundmetal barrels at the back of the rig area. Stay on the lower level to spot to barrels next to each other on the back wall. Have Atreus shoot them, then look through the gap to see the torch.

The final torch rune is behind a metal grate on the west side of the rig area. You can’t hit the torch itself, so climb to the upper rig level and have Atreus shoot an arrow at the explosive vase sitting on the ledge behind it. It will explode and ignite the torch.

The second Svartalfheim Nornir Chest is on Alberich Island at the top of the northern lake segment with the mining rigs and Lyngbakr. This one is a time trial which requires you to hit the rune bells in order within a very limited time. When the bells stops wobbling from a hit, its rune will reappear on the chest.

The first bell with the C rune is just behind the chest, up on some rocks.

The second bell with the R rune is behind you when facing the chest. Turn back to see a crane holding the rune up behind a metal grate, to the left of the wooden structure. You will need Atruest to shoot the soundmetal on the crane’s pillar to lower the rune enough to hit.

The third rune is to the right of the same wooden structure, again behind a metal crate. This time you need to throw your axe at the white scratches on the board to the left to spin it and raise the rune.  Hit these three runes in rapid succession to unlock the chest.

The third Nornir Chest is on Dragon Beach in the southern part of the large lake segment with the mining rigs. This one requires you to find and destroy three runes matching the chest.

The first rune is on the cliffs behind the chest itself, hidden by the geyser there. Use your heavy throw with the axe to freeze the geyser and reveal the rune position. Recall your axe and throw through the geyser to destroy it.

For the second rune, head right from the chest toward the dragon statue. Freeze the geyser to the left of the carved dragon statue and you’ll see the rune through a metal grate. You can’t throw the axe at it here, so instead head right around the statue until you can see the rune stone’s rear poking up above the foliage. Throw your axe from here.

The final rune stone for this God of War Ragnarok Nornir chest is, you guessed it, behind another geyser. From the dragon statue, turn to look towards the lake. You should see a crane with several bones sticking out of the water behind it, along with a geyser. Freeze it to reveal the rune stone on a rock behind. Pull back your axe and throw to unlock the chest and claim another Idunn Apple.

When you first reach this Svartalfheim Nornir chest, you won’t be able to open it. You’ll need to return here once you gain an ability to do something with all those steam vents you may have spotted around. Once you have that, reaching the runes is fairly straightforward.

When you return to the main quest and head into the Jarnsmida Pitmines (following a fight against a certain amphibious creature and train ride). You’ll fight a bunch of enemies before reaching this chest along the main path in an area with a large water wheel you can freeze to raise or lower a block.

The first torch is right next to the chest, so light it up right away. The second you’ll spot as you drop down to the area with a red chest, but you don’t want to light it just yet.

Leave the water wheel running and use the hook on the bottom of the rock in the structure left of the C rune to jump over the gap and find the N rune. Ignite this one and jump back across the gap.

Once back, you can then freeze the water wheel with your axe before igniting the final brazier and unlocking the chest. Do it in the wrong order and you’ll have to extinguish the flame to jump over again.

Those are all the God of War Ragnarok Svartalfheim Nornir Chests. Grabbing all of them will boost Kratos’ health and rage meter significantly, setting you up well for the fights to come.