Learn how to equip and use Runic Attacks in God of War Ragnarok to carve through Kratos's enemies. 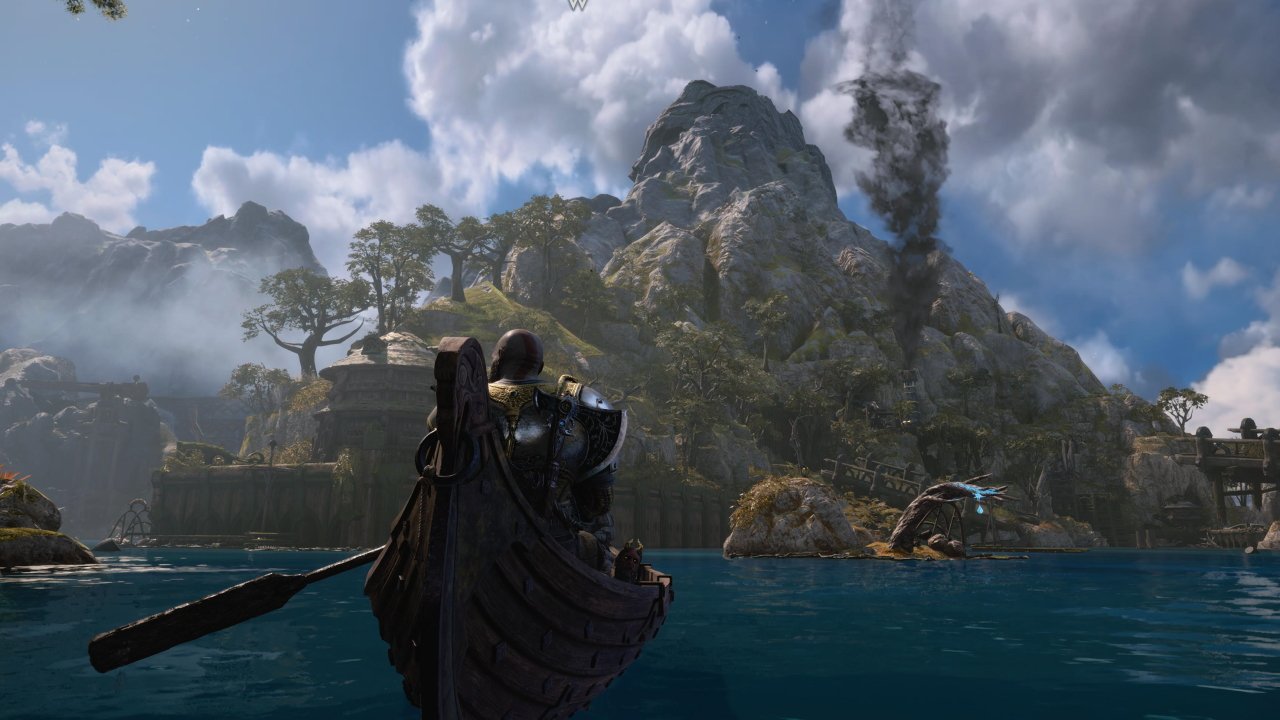 The solutions and rune locations to all Svartalfheim Nornir Chests in God of War Ragnarok so you can boost your health and rage.

God of War Ragnarok throws you in at the deep end with early boss fights and puzzles. Great if you played 2018’s God of War recently, but it can make for a bumpy entrance for beginners or those returning years later. Our God of War Ragnarok tips and tricks will help any up and coming Kratos  realize their true potential quickly with key beginners tips to keep in mind in Svartalfheim and beyond.

1. Smash pots and barrels, and keep your eyes on the water

Kratos is pretty good at smashing stuff. But those fists are good for more than just pummeling enemy faces. If you see a collection or urns or vases, make sure to give them a swift whack and you’ll receive a bundle of Hacksilver, the game’s main crafting currency. Each pot collection only offers a small sum, but it adds up and lets you upgrade gear more quickly in the early game.

When you head out on a boat for the first time, you’ll get plenty of opportunities to top up your supplies. Floating barrels will reward Hacksilver when you hit them, and you should also keep an eye out for glimmering circles on the water’s surface. Approach these and you can press circle to have Atreus dip a hand in. In addition to Hacksilver, he’ll often collect core crafting materials to let you upgrade your weapons and armor.

The increase in stats between each armor upgrade level is enormous, and many pieces of gear will unlock new perks as you level them up. Early upgrades don’t use many resources, so don’t hold back on upgrading whatever gear you’re using at the first opportunity.

Further into the game you’ll want to start investing in your favorite sets, but spend those early resources and you’ll make Kratos much hardier and capable of taking on early boss fights.

3. Listen to Atreus (and Mimir in combat)

Atreus has come a long way since his last outing. In Ragnarok, Kratos’ son is a great source of help during puzzles and exploration. He’ll naturally stand near interactable paths and tells you when you’re attempting to interact with something that requires an item you don’t yet have. Hang around near a chest puzzle for a while without making progress and Atreus will often point out something you might have missed and stand nearby.

When in combat, Atreus and Mimir will both help point out incoming attacks from off-screen. When you hear them shout out a direction, stop laying the smack down on the opponent you’re facing and start evading or preparing a parry instead. Speaking of which…

God of War Ragnarok’s combat is hard. One way to make it a lot easier is to practice the game’s parry. Tap L1 a short moment before an enemy hits and you’ll deflect the attack. Hit L1 again after a successful deflection and you’ll strike back, even against ranged attacks.

Parrying does require learning enemy attack timings, but if you put the work in against basic enemies, it’ll pay dividends by the time you face up against more fearsome foes. Just remember that you can’t parry attacks indicated by a red circle.

5. Use moves to upgrade them

The XP you earn from fights can be spent on unlocking new combat skills. Using these successfully during fights will increase the skill labor. Reach the threshold listed in the skill tree and you’ll upgrade the move by a tier, making it more powerful. As such, make sure you regularly remind yourself of each weapon’s moveset so you’re always making use of them, even in smaller fights. Kratos will know if you slack on your training.

6. Keep moving during fights, and don’t always lock on

Enemies are thrown at you thick and fast in God of War Ragnarok, and it’s easy to find yourself overwhelmed. With some attacks coming from range and other monsters sneaking up from behind, your best counter to sheer numbers is to be constantly moving.

Kratos is a big fellow, so he can’t lithely dodge roll away from attacks like a Dark Souls protagonist. Even when you evade, you’ll still need to physically get out of the way of attacks from bosses or take a hit. As such, it pays to keep moving, and often to break lock on so you have a better handle on where all your enemies are in relation to you. Not only will you avoid attacks and keep a clear view of your opponents, you’ll also increase your chances to make use of…

Sticking with combat God of War Ragnarok tips and tricks, make sure you’re using all the tools available in each arena. Kratos can grab broken tree trunks to swing at opponents, pick up magma rocks to hurl for a huge impact, and generally cause a lot of damage with different items in each realm. Atreus, too, can help by shooting at explosive barrels or using his sonic arrows – a skill unlocked early in Svartalfheim – to destroy pillars and other objects.

There’s a common video game temptation to save your strongest attacks for a potential boss lurking around the corner. Don’t give in to it. When you’re out an about exploring each realm, feel free to let loose with Kratos’ full remit of powers. Runic Attacks start with lengthy cooldowns, but you should get used to using them whenever they’ve off cooldown. This will help you test which ones you like and get you more used to how they work for those crucial fights.

Spartan Rage, too, isn’t something to be saved up. Kratos charges up his rage rapidly, and enemies regularly drop chunks to help top it up as well. Use Spartan Rage to blitz through weaker enemies and you’ll likely build it up again long before you come up against a tougher foe.

Finally, Atreus can fire off shots with a tap of the Square button, shooting enemies which you’re currently locked on to or looking. He doesn’t deal much damage at first, but his shots deal heavy stun and can interrupt attacks or knock foes down if they’re hiding up on pillars. It’s really easy to forget you can use Atreus during fights, so let this serve as a mental reminder!

9. Treat your ears to a headset worthy of the gods

God of War Ragnarok is a staggeringly gorgeous game, and not just in terms of visuals. The sound design and music are phenomenally beautiful too, so don’t miss out. A quality gaming headset like the Cloud 2 Wireless and its chunky 53mm drivers will ensure you hear every muscle-straining grunt from our solemn-faced demigod in premium quality, all without wires to tie you down. Will it make you better at the game? No. But if you want to immerse yourself in the Nine Realms like never before, a HyperX headset is sure to ascend your experience. Check out the full catalog of headsets on the HyperX store.