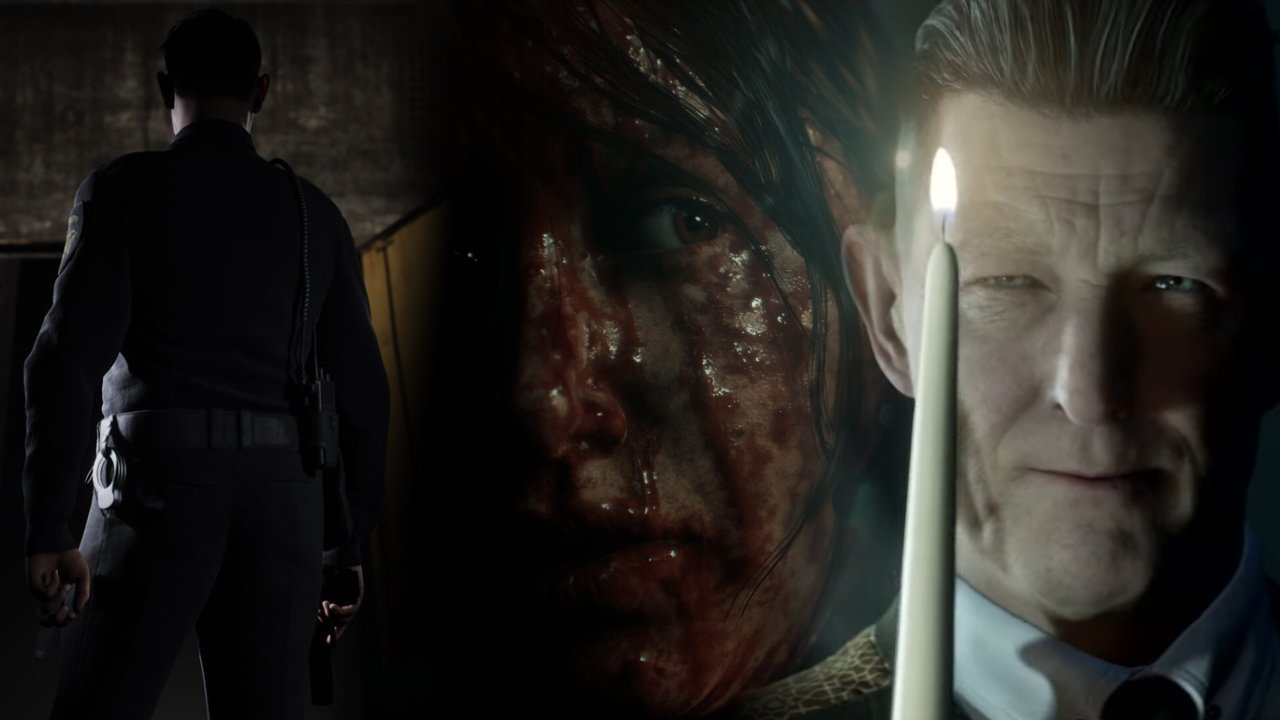 Games like The Quarry and The Dark Pictures Anthology

You probably don’t like making decisions. But compared to all the mundane ones the world throws at you, the life-and-death choices of games like The Dark Pictures Anthology and The Quarry are easily some of the most fun. Often because they’re equally terrifying.

The appeal of The Dark Pictures games and their ilk goes beyond simple scares, though. They’re also incredible group-play, cinematic experiences – ones that anyone can enjoy, not just those confident with a controller. But even with replayability built in, there's only so many times you can watch the same group of hollywood stars getting murdered in the woods. Thankfully, there are other games out there boasting horror, mystery, and meaningful choices.

Games like The Quarry, Until Dawn, and The Dark Pictures Anthology

If you’ve already rattled through Until Dawn, House of Ashes, and the rest of developer Supermassive Games’ catalog, here are five games like The Quarry and The Dark Pictures Anthology for those seeking scares, mysteries, and story-altering choices.

Describing itself as an interactive drama, As Dusk Falls is as close as another studio has come to replicating the structure of games like Until Dawn or The Dark Pictures. Instead of photo-realistic visuals, As Dusk Falls is conveyed via animated graphic novel panels. It follows two families across multiple generations, their lives snarled together in a complicated web arising from a robbery gone wrong.

Your choices throughout the story impact both families, with themes of sacrifice, betrayal, strength, and companionship recurring throughout. Much like The Quarry and The Dark Pictures, As Dusk Falls supports shared play, with up to eight players taking control of decisions locally, online, or a mix of both.

The Life is Strange series has proven its calibre more than once in conveying emotional-yet-believable narratives tinged with supernatural elements. The most recent entry by Deck Nine is easily a series highlight. The story follows Alex Chen, a young woman who has escaped the foster system to find her estranged brother in a small Colorado mining town.

After a tragedy rocks the community, Alex attempts to uncover the truth behind it. On the way she builds relationships with the local townsfolk, connecting with them via her ability to sense and even draw on others’ emotions.

There’s minimal horror and only a single protagonist here, but you’ll still be making key choices that’ll define relationships throughout the game. Gameplay is rarely pressured and easy to control. The focus here is on the emotional connections, sometimes even romantic, between Alex and the rest of the cast.

In the near future, androids have become a reality, sold as assistants to any who can afford them. But despite being intelligent to an unprecedented degree, they’re granted few to no rights or protections, and limited to specific, servile jobs. Detroit: Become Human follows three androids – Kara, Connor, and Markus – as they witness the origins of a revolution, and define the future for both mankind and androids.

Like The Dark Pictures and The Quarry, Detroit: Become Human prides itself on the impact of the choices made by the player, no matter how minute. Players are encouraged to replay the story multiple times in an attempt to discover all outcomes and endings.

Lead writer David Cage has drawn some criticism for refusing to acknowledge sometimes hamfisted real-world parallels evident within the game’s treatment of Androids. But even taking into account a lack of subtlety, Detroit: Become Human is a cracking experience to enjoy alongside a friend or two, picking together between paths that guide the story onward.

Zombies may have overrun the planet, but humans are still your biggest problem. That’s the main message in the critically acclaimed narrative series by now-defunct developer Telltale Games. The episodically released chapters don’t follow the same narrative as the comics or TV show, instead focussing on a young girl named Clementine.

As in the horror-laced Dark Pictures games, The Walking Dead features a grim world that isn’t afraid to take lives away on a whim. While the lead stars and overarching story remain the same throughout, decisions impact relationships with other characters and sometimes will even result in their deaths.

Unlock the gore and sudden shocks of games like The Quarry, however, deaths here will often leave you weeping rather than terrified. Emotions weigh heavily in The Walking Dead’s world. The Telltale Definitive Series edition packs in all four core series along with DLC and spin off, The Walking Dead: Michonne. Grab a partner to play with, and be sure to bring a box of tissues.

Finally, something a little different. Immortality – the latest game from Her Story creator Sam Barlow – has scooped up critical praise and award nominations across the board since release, yet everyone who’s played it will refuse to tell you more. Some mysteries, they say, are best tackled blind.

The setup sees you investigating Marissa Marcel, a rising star of three movies – movies that were never released. Marcel then seemingly vanished, but the answers to what happened to her and the films she starred in may lie in a cache of film and production footage, recovered and compiled for you to search though.

Immortality is a vastly different game to The Dark Pictures. But gather a group of friends to parse through its puzzle together, and you’ll touch upon those same notes of shared ideation and theory formation. That said, expect Immortality to test (and mess with) your mind in far more complex and fascinating ways. And like they said, the less you know going in, the better.

Know of any other games like The Quarry or The Dark Pictures Anthology? Share them with us below! And if you’re after more horror suggestions, take a look at these new horror games from 2022.