Learn the full PS4 and PS5 controls for God of War Ragnarok. 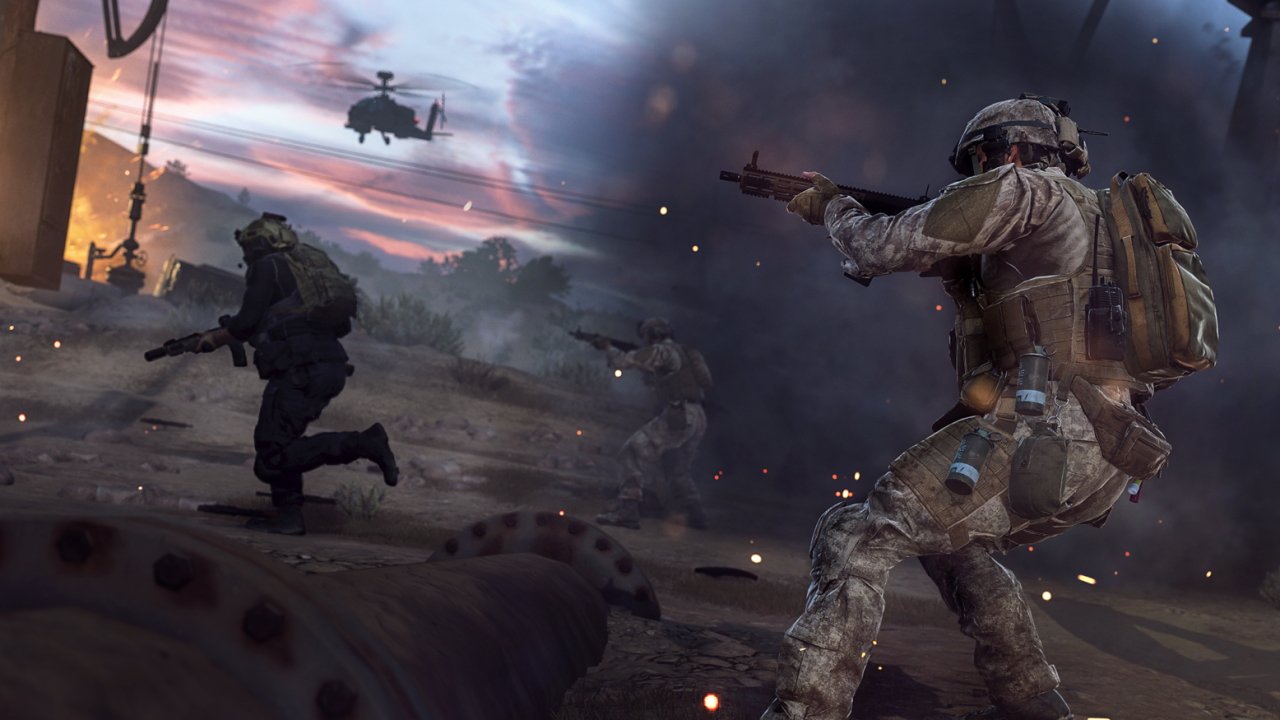 Modern Warfare 2 Season 1: Everything you need to prepare for

Turn defense into offence by learning how to parry in God of War Ragnarok.

Good news! Your odds of dying to exploding cars on Santa Seña Border Crossing will be cut next week. But that’s only because there will be even more places to host your ignoble deaths. Call of Duty: Modern Warfare 2 Season 1 launches November 16, and it brings with it a steady stream of new content for the multiplayer shooter.

New maps are just one of the attachments Modern Warfare 2 will be clicking into place as it Gunsmiths its own gameplay over the course of Season 1. Here’s everything you need to prepare for as Infinity Ward’s shooter moves forward.

Modern Warfare 2’s launch maps have proven a little hit and miss, with highlights like Zarqwa Hydroelectric sitting alongside messy levels like Taraq. Modern Warfare 2 Season 1 will expand the game’s arenas with two more levels based on Call of Duty classics.

Arriving at the launch of Season 1 is a reimagining of Shoot House, while an updated version of Shipment is expected mid-season. Both levels will be 6v6 Core maps. Players have already noted that levels from 2009’s Modern Warfare 2 are present close to the current game’s maps, so expect more classic levels to show up over the course of the year.

Four new weapons are on the way in Season 1: A sniper, an SMG, and two Assault Rifles. Two will be free unlocks in the Battle Pass, while the other two will require players to purchase them or complete weapon challenges. Here’s what’s included and how you can get it:

New Operators will begin to drop in Call of Duty: Modern Warfare 2 Season 1 as part of the Battle Pass and store bundles. Zeus will be added at the season launch, while Klaus and Gaz join mid-season.

More bizarrely, Squad Goals bundles will be available in the store for a limited time during Season 1. These will add soccer stars Neymar Jr. (Nov 21), Paul Pogba (Nov 25), and Leo Messi (Nov 29), just to really amp up that dissonance in the online arena by linking with the ethically troubled Qatar World Cup taking place this year. A limited-time CODBall mode will also join the game along with a Support Your Team Pick’em minigame.

Also arriving is the Call of Duty League Moshpit. This will act as a practice ground for the game’s ranked mode, which is due to be added in a future season. The CDL Moshpit will let teams test their skills under the game’s core competitive ruleset – limited to Hardpoint, S&D, and Control – and map list as they prepare for Ranked mode’s arrival.

Modern Warfare 2’s co-op experience is also being expanded in Modern Warfare 2 Season 1. At launch, a new mission called High Ground will be added, tasking teams to find and destroy communication servers before extracting hard drives. One player takes control of an Attack Chopper, while the other moves as part of a ground team to infiltrate the building.

The first Modern Warfare 2 Raid is planned to drop mid-way through Season 1. Raids will continue the story of the Modern Warfare 2 campaign and support three players at a time. Full details on what to expect from the first Raid will be announced later in the season.

Those wondering what exactly happened to Hardcore mode in Modern Warfare 2 are finally getting some answers. A new Tier 1 playlist will arrive at the start of Season 1, and it ticks many of the same boxes. Reduced health, limited HUD, and friendly fire will all make it into a far tenser, more deadly multiplayer experience.

Detailed stats were also bizarrely absent at the launch of the game, but Activision has confirmed that they’ll arrive sometime in Season 1, with more details to come at a later date.

Already raced through the ranks? Get ready to do it all again. Modern Warfare 2 Season 1 will see the return of account Prestige ranks, letting you grind up those levels several more times to unlock emblems and calling cards to show off.

Modern Warfare 2’s Season 1 Battle Pass will take a different shape to what you’re probably used to. Rather than a linear track, it’ll feature a multi-sector map. There are 20 sectors in toal, with five items in each. The path you take and the items you unlock first will be up to you, with more agency allowed regarding unlocks than in previous passes. Further details are set to be announced ahead of the Season 1 launch.

That’s everything coming in Call of Duty: Modern Warfare 2 Season 1, including new maps, Operators, weapons, and more. Let us know your favorite addition down below.