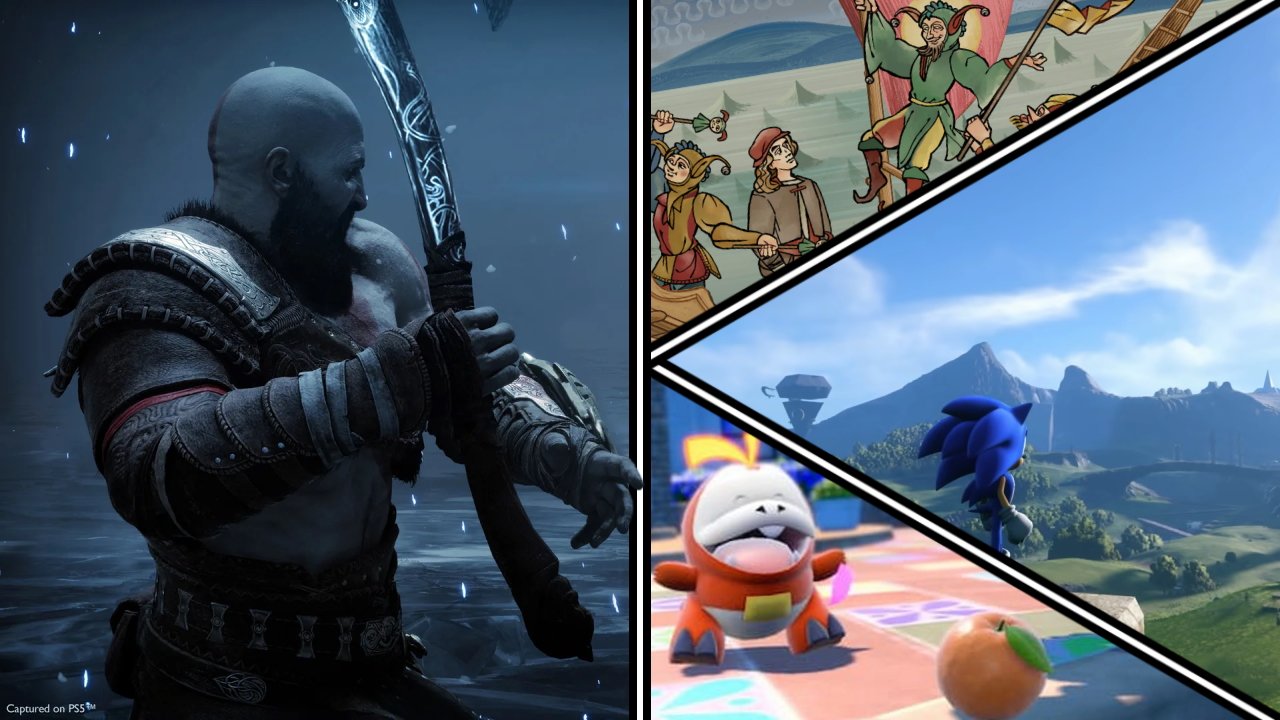 Get ready to flex those gaming muscles. The November 2022 video game release calendar is stacked with massive titles that are likely to occupy you for the winter months to come. We’ve rounded up the most exciting video games releasing in November so you can start planning the game nights ahead.

Calm and quiet farming village life meets fantasy adventure in Square Enix’s surprise title. Revealed earlier in summer, Harvestella sees players building a life in a rural farming community dependant on the seasons of the year. Not everything is so idyllic, however. The alien world is home to plenty of dangerous creatures you’ll need to fight to secure the ingredients and crops you’re after. On top of that, the season of death, Quietus, is coming, and it threatens to wreak havoc upon not just the village, but all life on the planet. There’s a demo available on the eShop if you’d like to give it a try before you buy.

Sega is pinning its hopes on Sonic Frontiers to shape the future of the franchise, making it one of the most anticipated outings for the famous blue hedgehog in a long, long time. Frontiers brings Sonic to an open-world format, letting him explore an island of puzzles and challenging fights while dropping in and out of more classic linear segments. There’s even a Monster Hunter crossover on the way, just in case you’ve ever wanted to dress Sonic up in Rathalos armor.

That’s right, it’s not just accountants and the self-employed who’ll be rifling through spreadsheets as the year wraps up. Football Manager 2023 brings the return of video gaming’s most renowned management sim. Whether Premier League or down in the depths, your team awaits you. Make the right transfers and strategy decisions, and you could raise them up to become the best in the world.

Easily one of the most anticipated titles of the year, God of War Ragnarok sees Kratos and Atreus return to continue their adventures in the Norse realm. After the events of the first game, the pair find themselves low on friends, with Odin, Thor, and Freya all out to get them. As Atreus reaches teenage years, Kratos must guide and protect him, but also learn to work alongside the growing strength of his son.

The talented team of The Outer Worlds developer Obsidian Entertainment is behind this unusual historical mystery with a unique, era-inspired 2D art style. The story sees an illustrator unexpectedly caught up in a series of murders which take place within an abbey over the span of 25 years. It’s up to you to piece together who the killers are, but your decisions while interacting with the town will have lasting consequences. Pentiment will be joining Game Pass on launch, so don’t miss out if you’re a subscriber.

The Dark Pictures: The Devil in Me (PC, PlayStation, Xbox)

Narrowly missing out on the Halloween window, The Devil in Me is the fourth entry in Supermassive Games’ cinematic horror anthology, and it marks the end of the series’ first season. The story this time sees a group of documentarians invited to a replica of H. H. Holmes’ infamous murder house. Except, oh no! It turns out the house isn’t just a replica; it’s filled with deadly traps. As you attempt to survive deadly, Saw-like games and puzzles, your decisions and actions will determine who lives and who dies. New features this time around include character inventories and more movement capabilities during player-controlled segments.

Sonic isn’t the only one going open world this year. Learning some lessons from Pokémon Legends: Arceus, the main series is introducing an expansive world for players to tackle at their own pace and discretion. Trainers are free to fight their way through gyms, take on the sinister Team Star, or head out to track down rare and Legendary Pokémon. You can even invite others to join your world, exploring and snapping selfies together. The only question is, are you a Quaxly, Sprigatito, or Fuecoco fan?

What if cowboys, but also vampires and eldritch horrors? That’s the question third-person shooter Evil West aims to answer as it sends you gunslinging through hordes of horrors. Intense a physical combat looks to be the heart of this game, with players capable of not just fanning triggers, but also slamming monsters in the face with a giant, electro-gauntlet. Evil West also promises full co-op support, so you can bring along a friend to face the fanged fiends and other supernatural threats.

The developers of Warhammer: Vermintide and its sequel head to the franchise’s grim-dark future realm for their next co-op outing. The city of Tertium has been corrupted by Chaos, so it’s time to heat up a lasgun and serve the Inquisition as you carve a path though cultists, chaos warriors, and worse. Darktide promises to let players customize their characters, and will mix up missions with modifiers that adjust each run into Terminus Hive. Grab three friends and you’re guaranteed to have a blast.

Those are all the November 2022 video games we’re excited for, but what about you? Share any games we’ve missed down below.