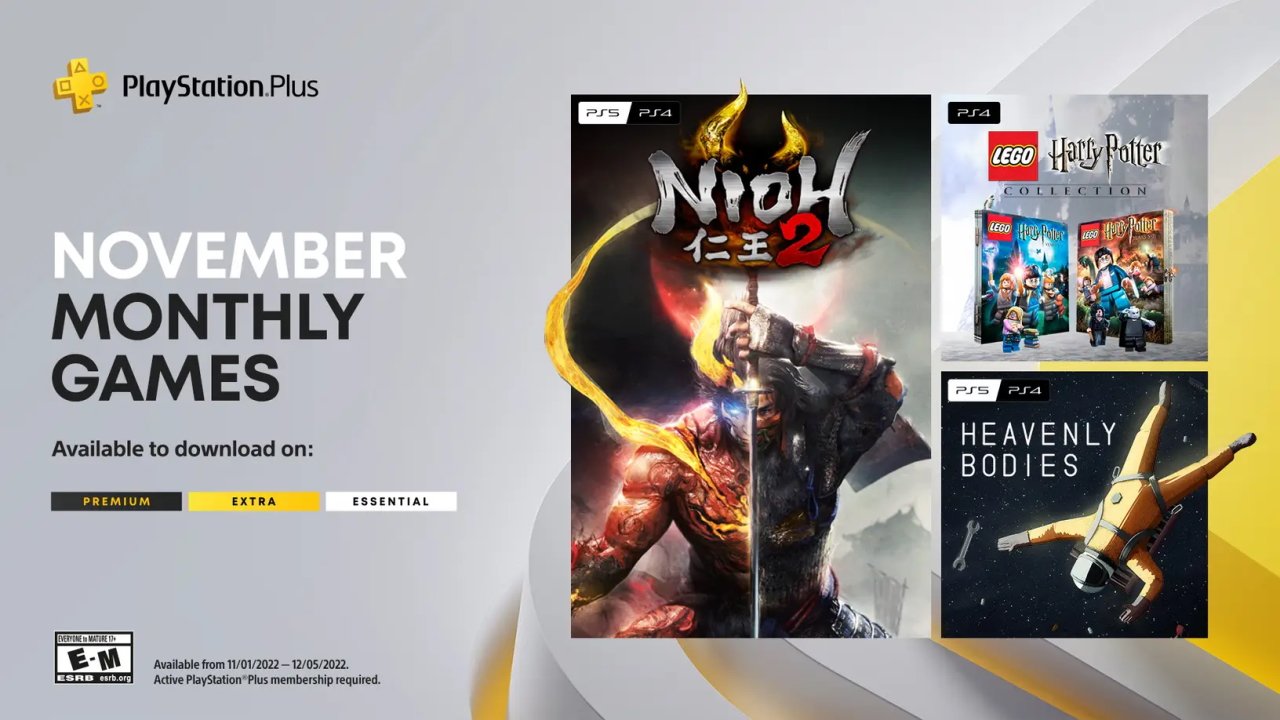 Learn when and how to see your K/D ratio in Call of Duty: Modern Warfare 2 so you know how you're performing.

The free PlayStation Plus November games for 2022 have been announced by Sony, with Team Ninja’s Nioh 2 leading the pack.

Joining the soulslike action-RPG in the PS Plus November 2022 games haul are the Lego Harry Potter Collection and Heavenly Bodies. All games will be made available to claim from November 1 at the Essential, Extra and Premium tiers of the subscription service.

As with all other PS Plus monthly games, the titles will be made available at no extra cost for a limited time. So long as you add them to your library during the available period, you’ll be able to play them any time your PS Plus subscription is active.

The new titles replace Hot Wheels Unleashed, Injustice 2, and Superhot, all of which remain available to add to your game library until Monday, October 31.

Below is a closer look at all three PS Plus November games.

Developed by Team Ninja, Nioh 2 is a soulslike action-RPG set in a fantasy version of sengoku-era Japan. As a half-human, half-supernatural Yokai warrior, you’ll face off against seasoned samurai and monstrous beasts in equal measure.

Nioh 2 is famous for its rock-hard boss battles, and the game features an enormous spread of combat abilities to master during battles. It also features pretty impressive character creation tools. The remastered edition packs in the game’s main DLC, packing in enough bosses to last you far longer than just November.

Looking for a whole lot of Lego at no extra cost? The Harry Potter Collection crams in years 1-4 and years 5-7 in one remastered package of block-based wizarding magic. Expect the usual Lego game platforming, puzzles, action, and - of  as you work your way through the full course of wizard school with Lego Harry, Hermione, Ron, Hermione, and co.

Ever thought gravity was holding you down? Think again. In Heavenly Bodies, your task is to wiggle, waggle, and grab your astronaut's body through various puzzles on a space station in need of your support. Partner up with a friend in split-screen and attempt to navigate tasks including asteroid mining, radar direction, and ship repair while controlling each individual limb of your clumsy cosmonaut.

There’s no end date for the PS Plus November games availability, but expect them to be removed sometime toward the end of November. If you want them, add them to your library in advance even if you don’t plan to download anything just yet.