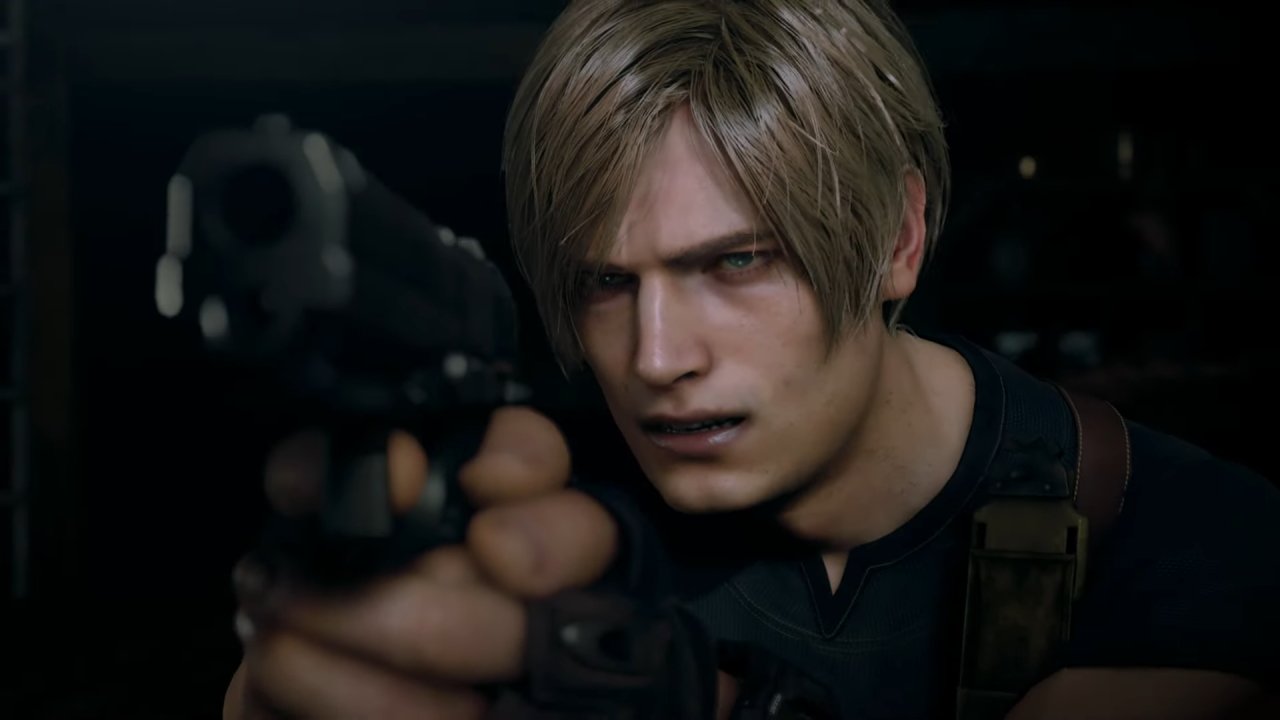 Look at those luscious Leon locks waving. That was one of the first thoughts that struck most of us upon seeing Resident Evil 4 on the GameCube back in the day. It’s only fair, then, that our first glimpse of gameplay for the long-awaited remake features plenty of that Leon’s mane bobbing about once again.

But while our protagonist may be familiar, the dank basement he was shown scouting out certainly wasn’t. What’s clear from our latest look is that the Resident Evil 4 remake might be hitting the same notes as the original, but some are being played on different instruments entirely. That murky cellar appears to be a reimagining of the game’s opening house, in which Leon is first attacked by the infected Ganados. There’s a lot more emphasis on a horror atmosphere here, and thankfully far fewer muddy browns.

Much like the Resident Evil 2 and 3 remakes, it appears Resident Evil 4 Remake will expand its side characters and interactions. The original wasn’t exactly lacking in character – Leon’s famous bingo quip springs to mind – but the gameplay and latest story trailer also give us more time with allies like Hannigan, Luis Sera, and Ashley, as well as showcasing villains like the village chief and Ramon Salazar. Whether the remake will manage to maintain its horror veil when dealing with the later remains to be seen.

Unfortunately, it looks like one pal Leon won’t be able to rely on in the remake is that one wolf. While Leon is able to rescue the dog in Resi 4 and is later aided by him in the later El Gigante boss fight, it looks like the poor pup is long dead by the time our hero arrives in the remake. We’re not holding out much hope for the return of doomed helicopter pilot Mike either.

And finally, that village sequence. It’s here that the remake’s blend of faithful recreation with new systems really shines. All the key beats fans will remember are there: the central pyre; Leon barricading himself in the house, only for the chainsaw Ganado to arrive; the oomf of that shotgun once you pry it off the wall. But built on top are new systems which amp up the tension by expanding both Leon and his foes’ capabilities.

Leons is faster than ever, capable of clambering across and quickly hopping down from rooftops. Environmental interaction is far more present, with Leon shown shooting down a lantern to startled a bull that rampages through his enemies. The Ganado, in turn, are even more aggressive, closing in as a group and repeatedly lunging toward our hero. If they successfully grab him, Ganado will attempt to hold Leon in place as the terrifying eyes of the chainsaw wielding foe close in. There are even new scripted sequences including a segment where the chainsaw Ganado breaks down a walkway to create a new path.

Leon’s combat capabilities have also had a boost. In addition to kicks and melee takedowns, he can now parry attacks with his knife, saving himself from certain death in some cases. The blade has a durability rating though, meaning it won’t be possible to deflect swings from that revving menace forever.

Back to the familiar, Leon’s famous attache case returns, demanding players manage their inventory space to maximize the weapons and items they can carry. This time it comes paired with new crafting systems to create ammo and healing items more readily than allowed in the original.

An area of Resident Evil 4 that’s had a major rethink, however, is its love of quick-time events. Speaking with IGN, producer Yoshiaki Hirabayashi said that there are “barely any” QTEs in the new game, and that “there aren’t prompts to press buttons mid-cutscene.” A welcome change for many early frustrations like the boulder escape, but it does leave questions as to how later lethal cutscene encounters will play out.