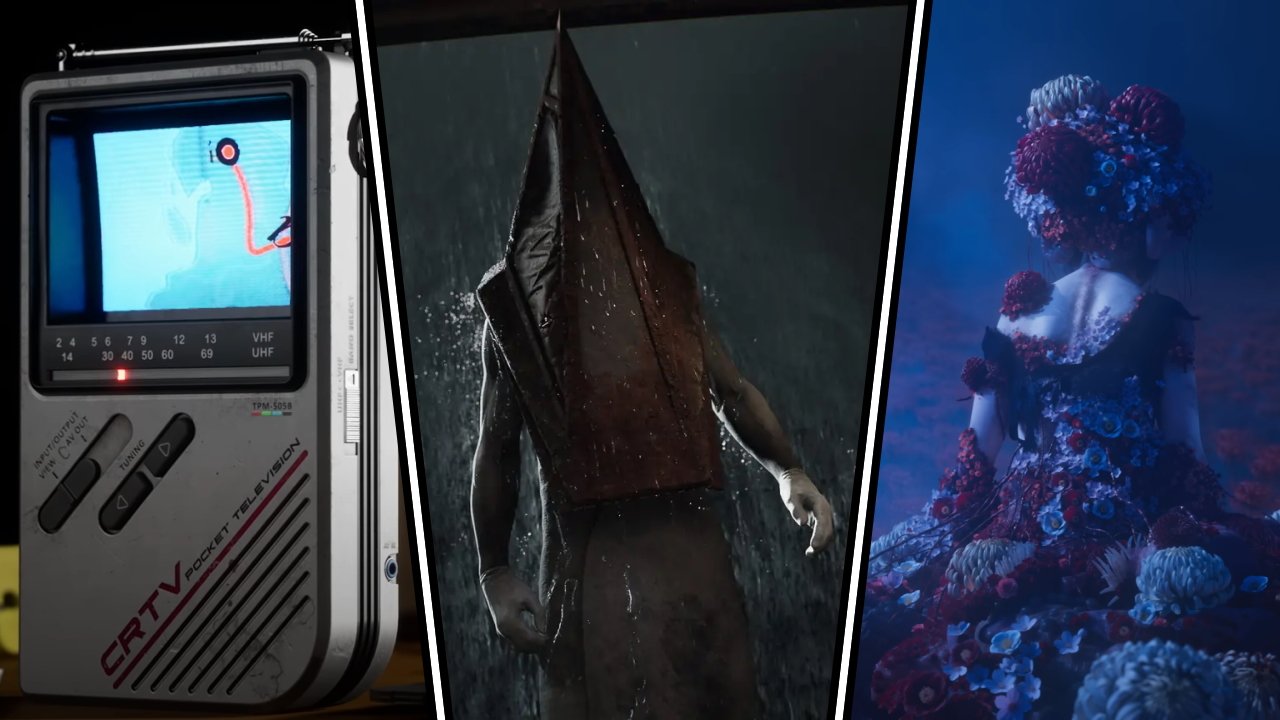 The fog has finally dissipated, and mishappen things have begun to stagger into the light. Yes, Silent Hill is back, and the horror series is returning in force. Publisher Konami unveiled multiple new SIlent Hill games during a lengthy showcase last night, with each game under the reigns of a different developer. Here’s everything you need to know about the new (and remade) Silent Hill games on the way.

First up is a remake of the most popular entry in the series, Silent Hill 2. With rumors almost as ancient as the game itself, the announcement of this title was no surprise, but can it live up to its legacy? Layers of Fear and The Medium developer Bloober Team has been brought on board to handle the remake, which will arrive as a PS5 and PC exclusive for one year.

The original art director Masahiro Ito returns as concept artist for the Silent Hill 2 remake. They’re joined by composer Akira Yamaoka, who has promised a “new musical style” for the reimagining. The trailer offers little beyond CGI reconstructions of a few key scenes, but Bloober promises that it will treat the original material with a “great deal of respect”.

A PlayStation Blog post on the newly announced remake confirmed that the game will swap from fixed perspectives to an over-the-shoulder camera, and that combat had been rebuilt as a result. It's being developed in Unreal Engine 5, and will make use of the engine's new features including the Lumen lighting system and Nanite geometry system to deliver "highly-detailed and realistic levels, while turning the game’s signature nerve-racking atmosphere to eleven."

Next up is an entirely new Silent Hill title. Downfall is being developed by Observation developer No Code and published by Annapurna Interactive. The reveal trailer gives little away, so we’ll have to wait until more information is released to learn what shape it’ll take.

A brand new Silent Hill story set in 1960s Japan, Silent Hill f is under the reigns of Resident Evil Resistance developer Neoboards Entertainment. The story is being written by Ryūkishi07, the writer and artist of the Higurashi  and Umineko When They Cry series.

We’re not done yet, because Konami also unveiled an entirely new direction for the fear-filled franchise. Silent Hill: Ascension is described as an “interactive video streaming experience” which allows viewers to vote together on what path is taken next in the storyline. The game is set to go live sometime in 2023, though what platforms or streaming services it’ll appear on have yet to be confirmed.

And finally, it’s not a game but we couldn’t round out the collection without the news that a new Silent Hill movie is on the way. If you managed to suppress a wearied groan at the memory of 2012’s Silent Hill Revelation just now, read on for the details.

Director of the first 2006 movie, Christophe Gans is back in charge, and this time the movie will focus on the story of Silent Hill 2. The film is in pre-production, with shooting expected to take place early next year.

Want to watch the entire Silent Hill showcase? Check out the full 50-minute broadcast below.