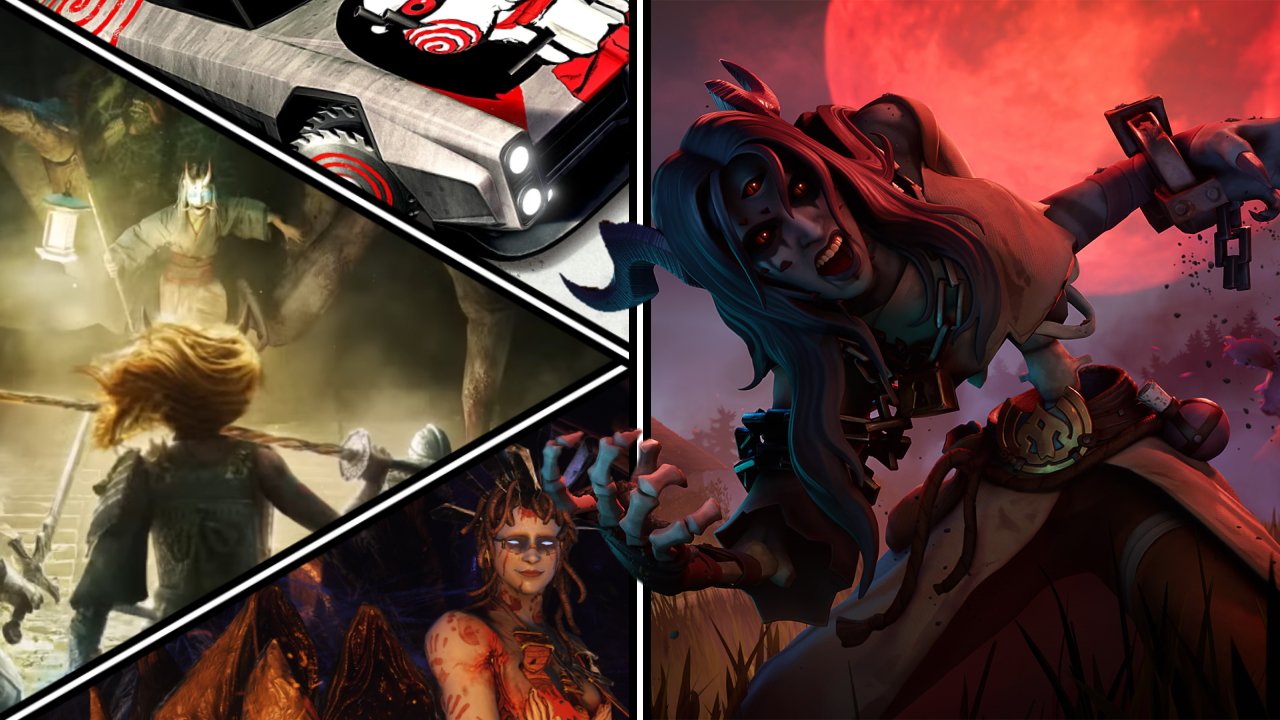 Gaming Halloween events of 2022 to haunt your online lobbies

The ground erupts as they claw, hook, and drag themselves back to the surface. Their time has come again – video game halloween events are back once more, infesting your favorite games with spooks and scares. Fortunately, the best way to tackle terror is with preparation, and we’ve rounded up all the major gaming Halloween events 2022 below, so you can get the lowdown on what loathsome beasts are lurking in your game nights ahead.

Apex Legends is in the midst of its four-week Fight or Fright event, bringing special Limited-time modes to the game. Special Halloween skins are also available in the store from October 4 to November 1 at sale prices.

Here are how the modes shake out:

Final Fantasy VII: The First Soldier is dying. And not just in a spooky Halloween zombie kind of way. The game was announced as closing down in just a few month’s time, but that doesn’t mean its limited remaining playerbase can’t have a laugh under its setting sun with the current Halloween Event.

The event brings a special infected game type in which players flee from zombified, sword-wielding opponents, with the plast player alive crowned the winner. Halloween Candy is also dotted around the maps. Collect it and you can pick up halloween outfits and cosmetics to equip until the servers finally shut for good.

For Honor: Web of Jorogumo

For Honor’s gaming halloween event 2022 is Web of Jorogumo, and it’s not one for arachnophobes. Running October 20 through November 10, it introduces a co-operative PvE mode in which players escort Meiko, the Yokai Slayer, through a map of possessed warriors. Defend her on the path through the Market Town map and you’ll be able to face down the shiver-inducing Jorogumo boss monster.

Completing the level will unlock event-exclusive rewards including a Battle Outfit, Effect, and ornaments. Seasonal items will also appear in the in-game store for the duration of the event.

Fortnitemares is set to start its scares on October 18 and runs until November 1.

This year's event sees DJ Lykka offering lupine powers to players across the island with special quests. Step on an Alteration Altar at the reality tree and you can perform the Ritual Emote to gain Howler Claws which grant a wealth of wolf-like powers. Complete enough of the event quests and you can earn an unsettling glider, spooky back bling, and a haunting pickaxe.

Horde Mode returns, this time in the Zero Build format.Fight through waves of enemies and tackle the final boss, all without the support of your construction capabilities. Zero Build Horde Rush will continue beyond Fortnitemares, sticking around until November 15.

In addition, two haunting new skins, Undying Sorrow and Sinister Glare, are now in the shop. The designs were worked on by Concept Royale winners kitsunexkitsu and Dreowings.

Killing Floor 2 is still churning out gaming halloween events, and 2022’s Blood & Bonfires event features plenty of new toys to play with. The update includes a new map called Barmwich Town, four new weapons including a Blood Sickle and Dragonblaze shotgun, and a Plague Doctor Outfit. The latter will need to be unlocked by completing seasonal objectives on the new map. Further details here.

Knockout City’s Halloween event returns this year, with a special mode that sees knocked out players drop candy for the surviving fighters to collect. The largest bag of candy wins the match, but KO’d players return as Ultimate Throws that can swing the tide of a match. Store up Holo-Ween Tickets and you can purchase themed emotes from the Haunt Taunt shop.

The second stage of Spookyfest is Spooky Fall, which runs October 26 - November 9. Minecraft will offer a free seasonal skin pack with 13 outfits from Dungeons. In Minecraft Dungeons itself, the Spooky Fall trials are new challenges players can take on to earn limited-time rewards. More details here.

The first MultiVersus Halloween event arrived alongside Gremlins villain Spike, and it packs some impressive spooky skins for players to purchase. Competing in matches during the event – no end date has been announced just yet – to earn Candy which you can spend on emotes, icons, and skins. Head to the store and you can also pick up special outfits like Witch Velma and Black Lantern Superman. Play with a Halloween skin equipped and you’ll earn extra Candy per game – full details here.

The first Halloween Terror event for Overwatch 2 runs October 25 - November 8 and brings a new selection of creepy cosmetics to buy. More exciting is the introduction of a new co-op mission in Junkenstein's Revenge: Wrath of the Bride. Rather than a straightforward horde defense, this level sends your crew of halloween-outfitted heroes scampering through the streets of Adlersbrunn. Can you help the Bride of Junkenstein dish out revenge? The traditional Junkenstein's Revenge mode also returns, if you're feeling like a trip down memory lane.

Letting goals slip into the back of your net is about to get a whole lot scarier thanks to Rocket League Haunted Hallows 2022, running October 19 to November 1. Playing Spooky Cube and Heatseeker in the Farmstead (Spooky) Arena will net you Golden Pumpkins and complete Haunted Hallows Challenge Rewards.

Wrap up challenges to unlock rewards themed around classic horror movies, including Jigsaw Blade Wheels, Leatherface’s Mask Decal, and Chucky’s Good Guys Wheels. Golden Pumpkins will let you earn items from the Velocity, Triumph, and Auriga series. There’s seasonal fare in the shop too, including haunting music and player anthems.

Warframe’s annual celebration of terrors returns again in 2022. Nights of Naberus brings new items to earn with Mother Tokens, including Haunted Interior Decorations, a Jack O’Naut Statue and more. Head to Daughter on Deimos to trade in tokens for the seasonal goods as you celebrate Orokin immortality with a morose festival once again.

Know of any other gaming halloween events for 2022? Share the details with us and other potentially petrified players below.