Available for all PS Plus Extra and Premium subscribers. 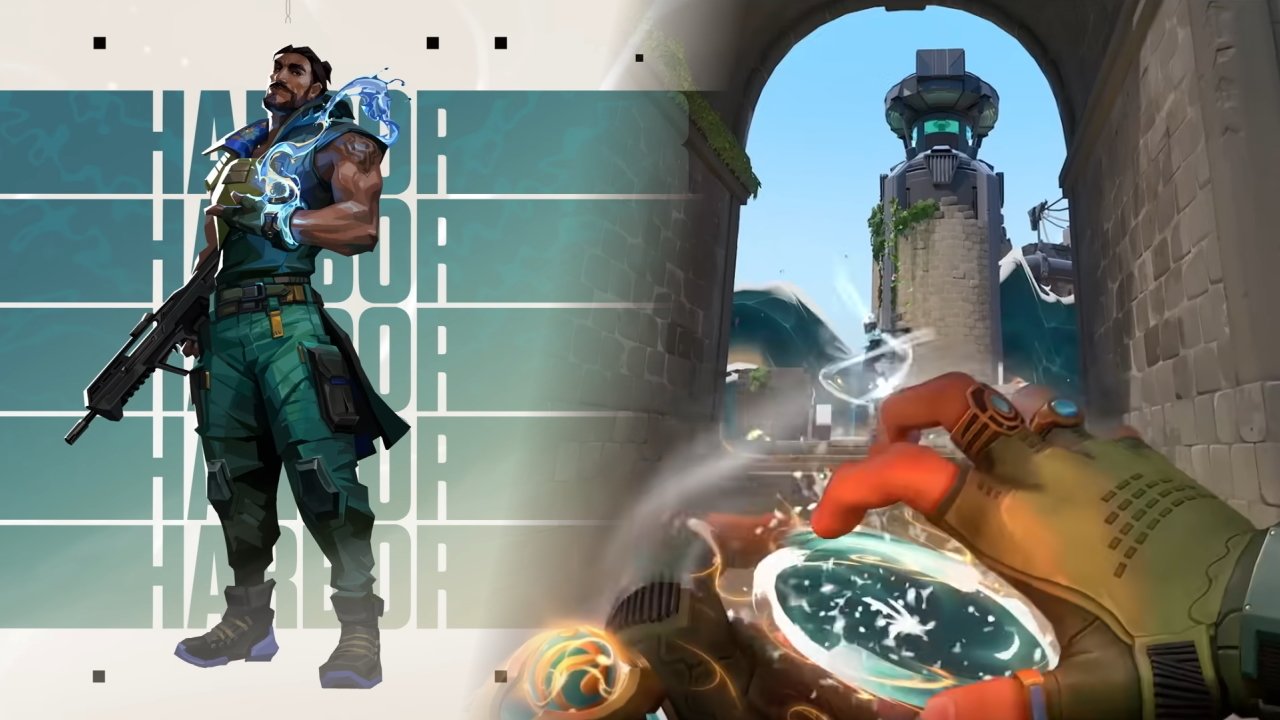 Get your towels ready, because Harbor’s abilities in Valorant are going to make us all wet. The new agent brings a wave of water-based abilities to the game which offer an alternate take on the Controller role. In this guide we’ll take you through the full run of Valorant Harbor abilities including price and how they interact with your opponents and the world.

Like most agents, Harbor has a Signature ability, two purchasable abilities, and an Ultimate ability. While he falls into the Controller role, he’s built for aggressive disruption of sightlines, so expect to see him make a splash on the attacking side. Here are all Harbor abilities in Valorant with costs and explanations.

Official Description: EQUIP a wall of water. FIRE to send the water forward along the ground. HOLD FIRE to guide the water in the direction of your crosshair, passing through the world, spawning a wall along the water’s path. ALT FIRE while bending to stop the water early. Players hit are SLOWED.

Details: Harbor’s Signature ability is a lot like Phoenix’s wall, as you can fire and curve it around corners. However, it allows for far more control, covers a lot more distance, and can pass through the environment before popping out again. That means you can fire the ability safely from cover to make the wall appear in the map later.

The path you draw is visible for a brief moment before the wall raises up. The wall lasts for 14 seconds and has a 40 second cooldown upon initial casting time. That means there’s 26-second downtime between walls.

You can shoot through the wall, and players from both sides are slowed for half a second upon passing through it. The wall’s golden effects glow suddenly a second before it falls.

Official Description: EQUIP a wave of water. FIRE to send the wave rolling forward and through walls. RE-USE to stop the wave from moving further. Players hit are SLOWED.

Details: The wall is summoned in a flat line perpendicular to the direction you’re facing. It moves at a steady speed forward (approximately Agent running speed), slowing anyone it touches for half a second. You can shoot through the wall, meaning it isn’t entirely safe to move behind it.

Details: The Cascade radius is much larger than smokes thrown by other characters, and like Omen smokes, doesn’t nearsight anyone within it. At the time of writing, Cascade’s shield will block roughly ten shots from a Vandal before breaking. Strong weapons like Chamber’s Ultimate can break it in far fewer shots.

Non-hitscan abilities such as Raze’s Rocket Launcher, Paint Shells, and Boom Bot will pass through the bubble. That includes lineup abilities like Sova’s shock darts and Viper’s toxins – you’ve been warned.

Official Description: EQUIP the full power of your Artifact. FIRE to summon a geyser pool on the ground. Enemy players in the area are targeted by successive geyser strikes. Players caught within a strike are CONCUSSED.

Details: Harbor’s Ultimate ability marks a huge circle in front of him, visible on the minimap when casting. Once spawned the circle slowly travels forward, away from Harbor’s casting position. Any enemies within the circle will see geyser rings periodically appear under them, concussing them after a second’s delay.

Opponents can move to escape the effects of each concussion ring, but they will need to continue moving while inside the circle as further geysers spawn. If an opponent spends the entire duration of the ultimate within the circle, they will have three concussion geysers spawned under them in that time.

That completes the full set of Valorant Habor abilities. He’ll join the game in the upcoming Episode 5 Act 3, due to release next week on October 18.