Cooking up a collaboration. 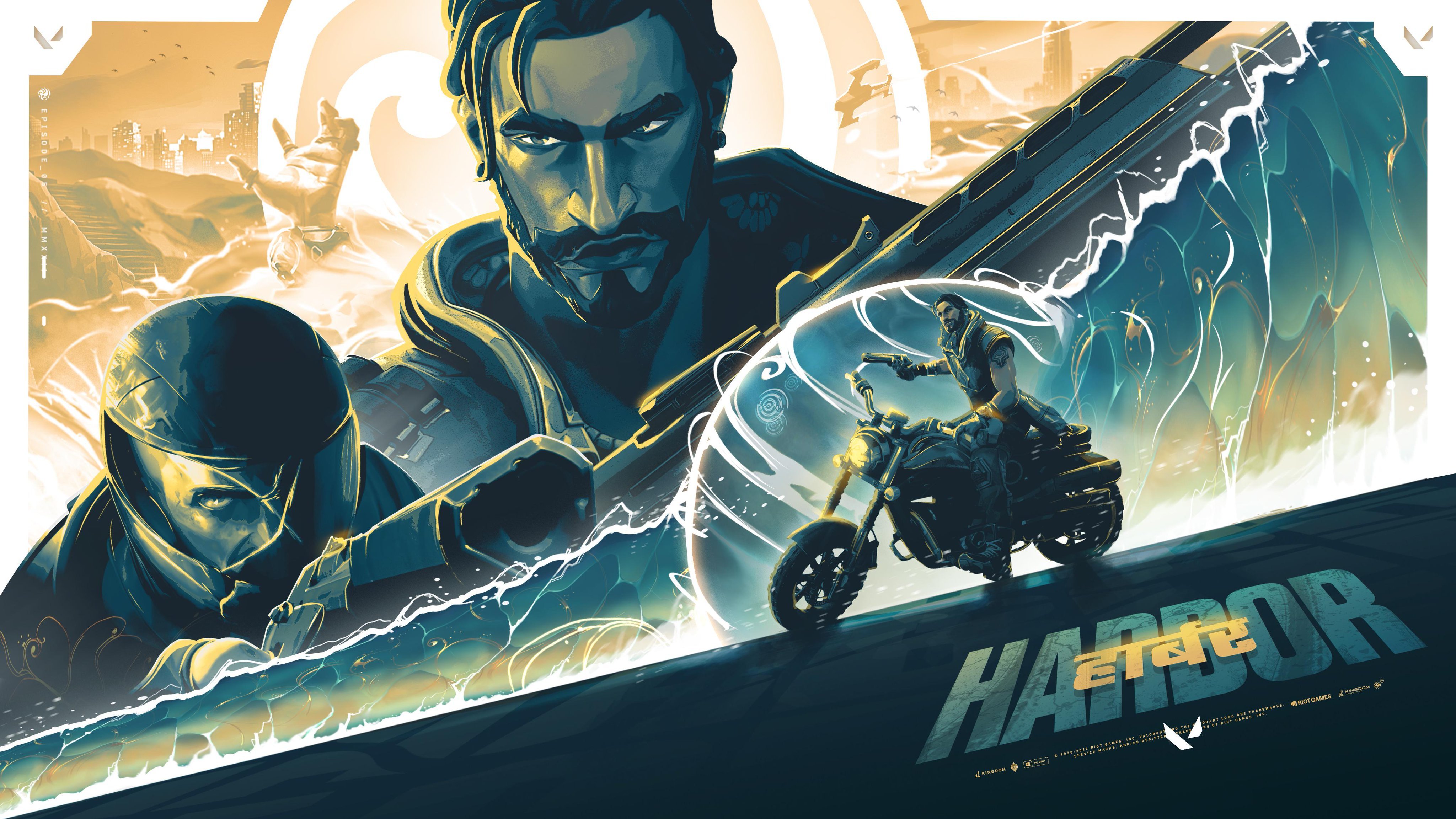 Harbor is the next Agent coming to Valorant.

The new addition to the game’s expanding roster was unveiled by Riot Games in a stylish, movie-style poster depicting him riding a motorbike beside a large wave.

The handsome Agent’s real name is Varun Batra, and he slots in as Agent 21 in the game’s numerical catalog. That makes him the 20th playable Agent thus far, courtesy of the absent Agent 8.

What we know so far is Valorant’s Agent 21 hails from India and is a Controller who has water-related powers. And speaking of those powers, his vision/area-denying capabilities will align more closely with the likes of Viper than traditional smoke-throwers like Brimstone.

The initial artwork matches up with that premise, showing a large wall of water behind Harbor with a suspiciously smoke-like orb in the middle. The wall itself looks very similar to Viper’s toxic wall, though it’s likely to interact in a different manner to Viper's decay effect.

Most intriguing in the teaser image is the fact that the central smoke-like orb features ripples as if it has been shot and slowed the bullets. The only other ability to use this effect in-game right now is Astra’s Cosmic Divide Ultimate, which halts bullets from passing through it altogether. Could Harbor feature an ability which can block shots altogether for a time? Further teasers certainly seems to imply so. In a short teaser audio clip (via Valorant Hub), Australian Agent Skye can be heard referring to a number of bullets being dropped in a semicircle rather than scattered as expected.

Valorant has continued to tease the Agent’s reveal trailer, showing a sequence recorded on a phone in which a character, presumably Harbor, races past on a motorbike, pulling water from a glass on a table.

A further clip shows some kind of disc device being fired off and bouncing before being lit up as it activates.

It’s likely we won’t have to wait long now for Harbor’s full reveal. The character was also teased heavily in the most recent State of the Agents blog post. The segment about upcoming agents was overflowing with water puns and also hinted toward a link to the distant past.

“We have seen that Controllers are in a bit of a drought, and it feels like we have to go all the way back to ancient times to our last new Controller release with Astra” the post reads. “Aside from Viper, introducing Controllers that can cover large open areas is a blue ocean of opportunity.”