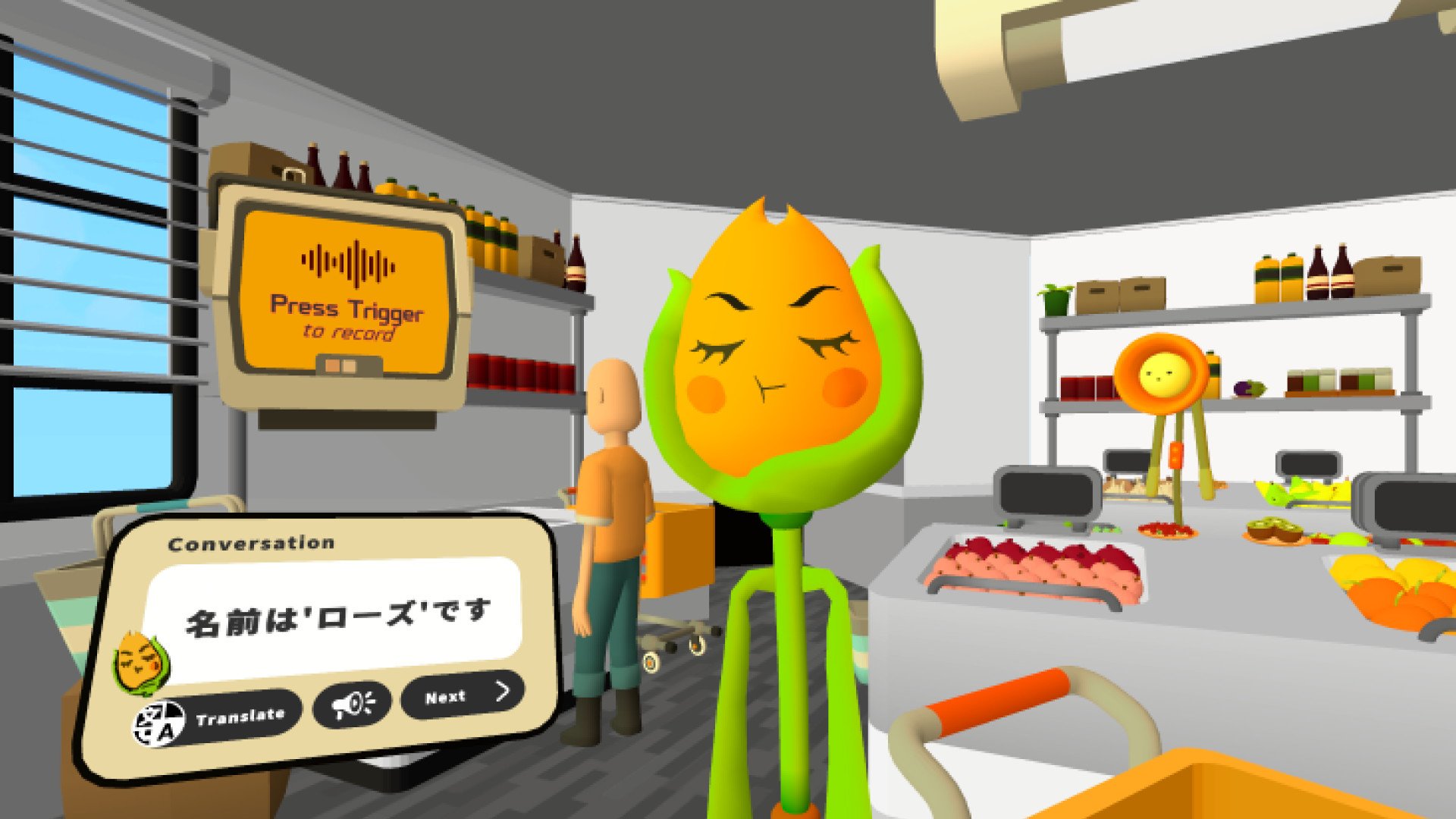 Noun Town aims to help you learn languages in VR

Doom is now running in Notepad

A good idea on paper.

Most of our time in virtual reality is spent stabbing, thwacking, and shooting zombies in the head. To give us credit though, those brain-munchers weren’t trying to teach us anything beyond the pain of becoming someone’s dinner. Fortunately, those looking for more practical life lessons in VR will soon be able to learn languages courtesy of Noun Town.

There’s no dearth of games claiming to teach languages or non-English alphabets on Steam, but few plonk you directly in the world itself and ask you to speak up in turn. Noun Town aims to deliver language lessons and practice through entertaining and physical interactions.

Choosing between Japanese, Chinese, French, German, Spanish and Italian, players will be let loose to restore color in a greyscale world by learning and speaking the language. Interacting with the characters of Noun Town promises to let you practice grammar and learn words which you can then use to return color to the objects and items around you. The more color you fill, the more characters and creatures will appear.

Pick up any object and you can be briefed on the name in your chosen language. Hold it up to your ear and you’ll hear the pronunciation relayed to you. Say it back correctly and color will return. There are more than 1000 words to learn in the game across environments including a bakery, a school, a hospital, a zoo, and more.

Developer realiaXR also promises several minigames will be available to practise your language skills. Use the knowledge you’ve gained to serve customers at a cafe, dishing out the correct items against the clock to rack up a high score. Or start flower picking at a farm, choosing the correct colors in order as quickly as you can.

It’s a novel take on the language-learning video game, and there’s a demo for Noun Town available now on Steam. The full game is planned to release in December 2022, though no firm release date has been set.