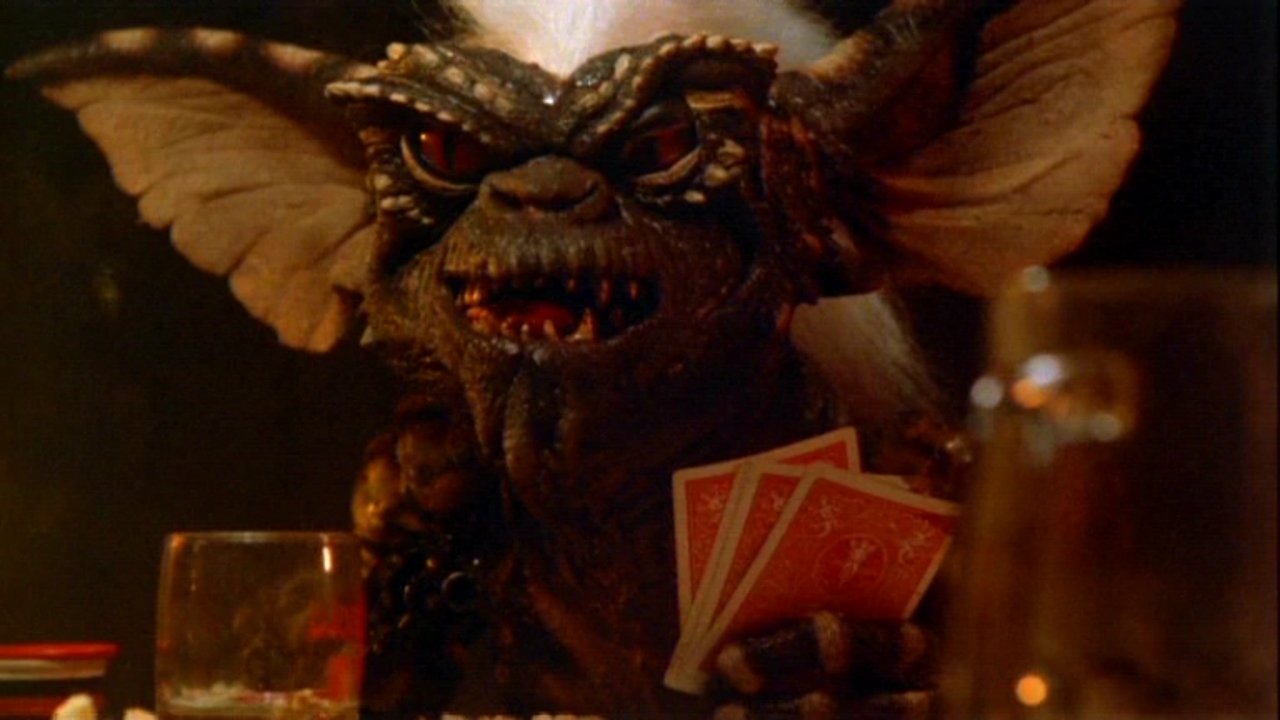 Gremlins' Stripe cackles his way into MultiVersus next week

Gremlins’ Stripe is finally coming to MultiVersus next week.

A new teaser for the addition of Stripe in Gremlins has been released by developer Player First Games, confirming that the villainous character will join the Warner-Bros-IP-packed character roster some time next week.

Two teases were shared onto the MultiVersus official Twitter account yesterday. The first commented that game director Tony Huynh had accidentally spilled water on Gizmo’s back. Famously, this is the method by which the mogwai creature spawn new versions in the Gremlins movies. The second shows Multiversus being played on a projector as gremlin shadows dash around the room, red eyes can be seen, and plenty of cackles heard.

Wait... What time is it?! Mother of god... what have we done? Next week is going to get a bit chaotic. #MultiVersus pic.twitter.com/xgr1QtIQX6

“Wait... What time is it?! Mother of god... what have we done? Next week is going to get a bit chaotic.” the tweet reads.

News of Stripe’s MultiVersus inclusion first arrived in a surprise announcement via the game’s Season 1 launch artwork. The character was featured alongside DC superhero Black Adam, though no release date was confirmed for either. Despite the pair being revealed beforehand, it was Gremlins’ cutesy star Gizmo who made his entrance in the game first. More recently, Rick Sanchez from Rick and Morty arrived as a new mage/projectile character.

We still don’t know what class of character Stripe will be in MultiVersus when he arrives. Like Gizmo, though, we can expect him to make use of iconic tools and moves drawn from his appearance in the film. Further details are likely to be ahead of the reveal next week.

After Stripe, Black Adam is the only remaining confirmed character for MultiVersus, likely to arrive some time closer to the launch of the Black Adam movie on October 21. Dataminers have uncovered voice lines for a range of characters including Beetlejuice, the Wicked Witch, and even the Joker voiced by Mark Hamill.

A brand new Bi-Weekly tournament brought to you by us!

In other MultiVersus news, Player First Games announced a new bi-weekly (fortnightly) tournament titled Make it Rein-Dog. The competitions will alternate between singles and doubles matches, with a $500 prize pot for each. The events will take place every other Friday from October 14.