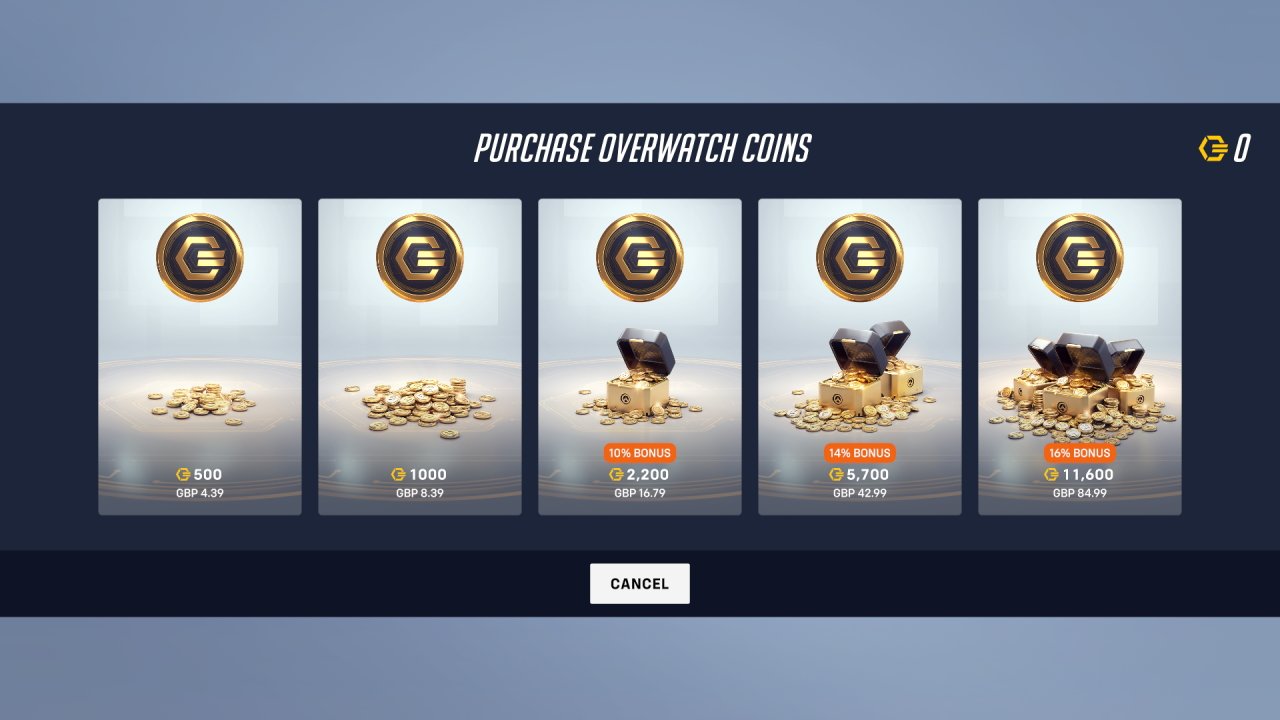 To buy many skins and unlocks in Overwatch 2, you’ll need to get Overwatch Coins, the game’s main currency. In this guide, we’ll explain how to get Coins in Overwatch 2 through payments and in-game actions so you know how to afford the battle pass and other items you want.

At the launch of the game, there are three main ways to get Coins in Overwatch 2: Challenges and purchased packs in the in-game store.

Completing Weekly Challenges in Overwatch 2 will earn you Coins based on the number of challenges you successfully tick off. Unfortunately, the number of Coins you’ll earn through these challenges is paltry, but it’s better than nothing at all. Here’s everything you can earn:

That means you can earn a total of 60 Coins in Overwatch 2 each week for free, if you manage to complete everything set. It’s worth noting that some challenges ask you to play in modes like Arcade, so check the list before you start putting the hours in. Daily Challenges do not reward Coins, instead granting progress toward the battle pass.

Buy them from the store

The core way to get Coins in Overwatch 2 is to purchase them directly from the store. Select Store from the main menu, then select the plus icon next to the Overwatch Coins icon in the top right of the screen. Press Start or Options on console to open the same menu.

This will take you to the main store page for purchasing Overwatch Coins at the following prices:

The 2,200 packs and up give you more Overwatch Coins for your money, so if you know you’re planning to buy a lot, it’s worth spending more in one go.

At the launch of the game, other options for getting a haul of Overwatch Coins include the Starter Pack and Watchpoint Pack, available in the Seasonal section of the store. The Starter Pack gives you 500 Overwatch Coins, and costs the exact same as picking up the same number of Coins directly. It gets you a Doomfist skin in addition though, making it a better deal overall.

Alternatively, the Watchpoint Pack includes 2000 Overwatch Coins. It costs more than buying that number would, but it also includes the Premium Battle Pass (1,000 Coins) and 17 skins from the original game. If you don’t own a large number of those skins already, it’s a solid pick for those looking to splash some cash in Overwatch 2.

Those are all the methods covering how to get Coins in Overwatch 2. The rate of free skins has certainly decreased, but at least you’re not reliant on loot boxes to dish out the looks you were after. New to the game? Check the full controls for console and PC before you dive in.