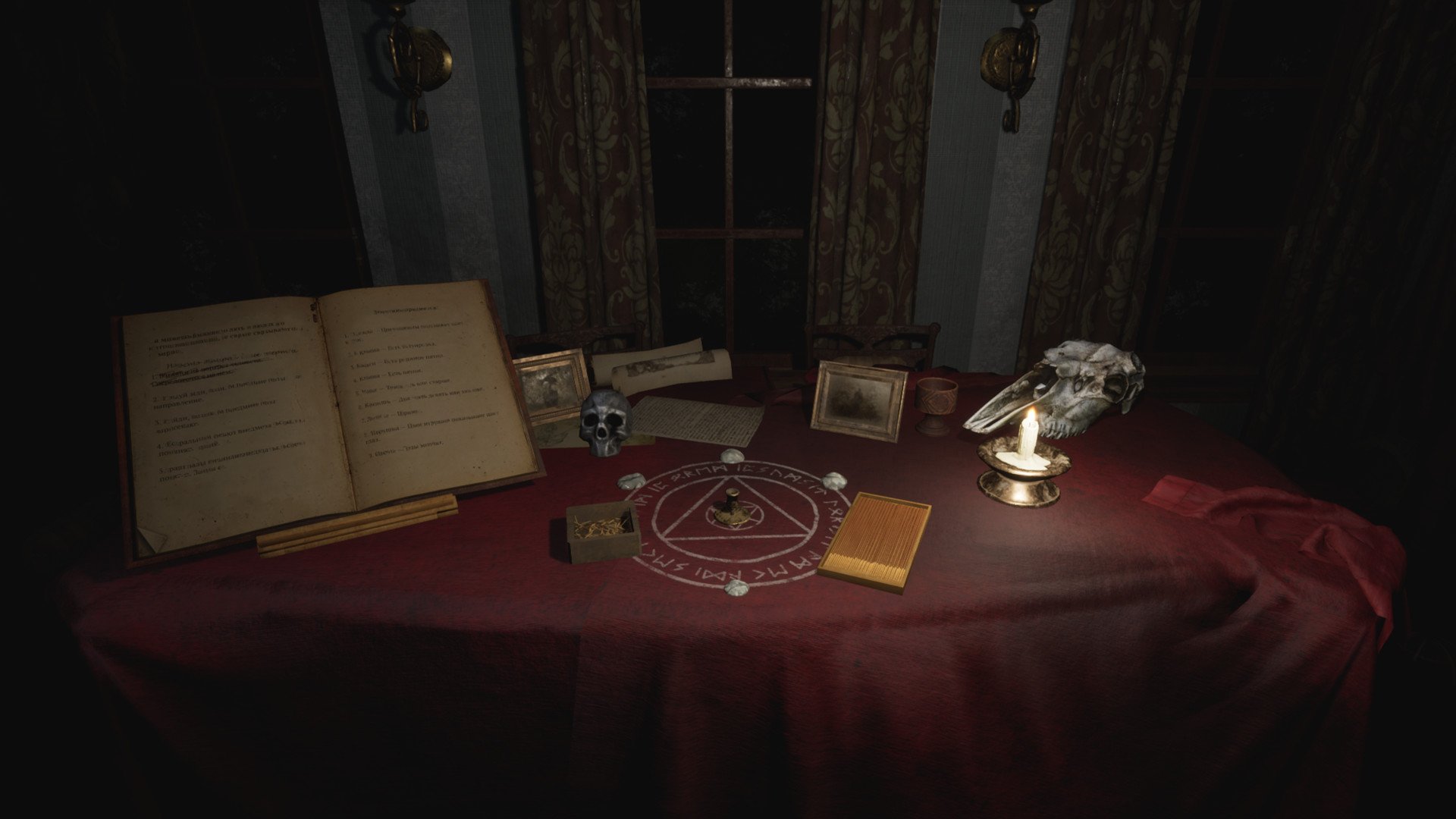 There’s a reason they don’t call it fear of the known. No matter how much you love them, your favorite horror games can’t deliver the same scare factor each and every time you play. Thankfully, 2022 has offered up plenty of new horror games to enjoy, so as we close in on halloween and the spooky season, here are eight fresh video-game fears you should consider facing. If you think you can handle them, of course.

A quick note: We're firmly focussed on new horror games from 2022 below, but you can also read about existing horror games which have received major updates that make them well worth returning to here. Okay, get those brown trousers on, because here come the terrifying new treats:

Being a detective is already a tough job. One that only gets harder when you’re investigating the deaths of your own parents. Oh, and add to that the vengeful spirit of your deceased medium grandma. A cinch, really.

Prognostic’s first-person horror puzzling sees you solving crimes in a cursed house in a traumatized town. Using historical divination methods and rituals, you’ll piece together the clues to solve a new case each night, uncovering the history of the town and finally bringing criminals into the light. That’s only if you can survive the otherworlds powers stalking your every move, of course…

Until Dawn and The Dark Pictures developer Supermassive Games is delivering a double dose of terrors this year. While The Devil In Me isn’t out for a little while, The Quarry offers a more sizable if schlocky dose of scares. The setup is a classic: a group of camp counselors decide to stay for one more night of smooching and shenanigans now that the kids have left for home.

Their mistake, it turns out, because something deadly is lurking in the woods of Hackett’s Quarry. Your decisions and reactions (or lack thereof) will determine which of them make it through to the new day. With a built-in controller-swapping mode, The Quarry is ideal if you’re looking to host a cinematic spooky weekend with a group of horror-loving friends.

You probably wouldn’t believe it while playing, but The Mortuary Assistant is a solo-developed horror puzzle game. After taking on a trainee role at your local morgue, you soon discover that things are amiss. It becomes clear that a demon has made its home in one of the bodies here, and it’s up to you to discover in which corpse it resides. Guess right and you’ll incinerate the hellspawn for good. Guess wrong, and you may find yourself taking up the role of new host.

For those with a mind for the morbid, Mortuary’s Assistant is a fascinatingly gross experience, taking you through the actual steps involved in preparing a body for burial or cremation. There’s plenty of replayability too, with multiple endings and the game mixing up the puzzle and which demon you’re facing each time. The Mortuary’s Assistant released with some major bugs, but subsequent patches has patched it up into a far more stable (if no less petrifying) experience.

When they say the camera adds ten pounds, they actually mean in terms of pressure. Madison is an unsettling horror FPS that sees you using a polaroid to puzzle your way through an unwelcoming house and the demonic ritual held within.

Your camera offers a link to another realm. By snapping and developing photos of the environment, you can reveal clues and sometimes affect the physical world around you. It’s an elegant way to ramp up the tension, as you wait for the picture in hand to lift the veil on horrors unseen to the naked eye. It doesn’t always land its scares or keep puzzles from verging into frustration, but Madison is an escape-room-style experience that’s dripping with dread, and well worth a look for horror fans.

A grotesque puzzle FPS in which you explore a mysterious biomechanical facility to piece together its purpose, who you are, and how to get out. The art direction is heavily influenced by H. R. Giger and Zdzisław Beksiński, and the game offer little-to-no guidance as you figure out how to interact with the alien devices within the rooms around you. Great for those wanting a heavily unsettling and oppressive aesthetic without any jump scares. Scorn is available on Xbox Game Pass, making it easy for subscribers to check out.

Miss the survival horror days of old? Signalis promises a return to a past era of terror thanks to its unique art aesthetic which mixes PlayStation-era visuals with anime character designs. As an android technician awoken from slumber, you must explore a sci-fi retrotech facility, solving puzzles as you uncover the dark secret that led the off-world station to ruin.

A first-person horror game in which you play as an agent sent to collect and destroy the evidence of a horrific regime from the 1970s. Arriving at Oack Grove facility, you’ll begin to uncover the dark secrets of Project Alpha, and be forced to gather what information you can before attempting to escape with your life.

Upcoming: The Devil In Me

The next entry in The Dark Pictures Anthology is leaning heavily into the Saw genre of malicious trap horror. It follows a group of filmmakers invited to a recreation of H. H. Holmes’ murder hotel. In a surprise to no one but the game’s cast, this turns out to be a trap. The entire party soon finds themselves completing fiendish puzzles and competing in morbid games as they attempt to escape.