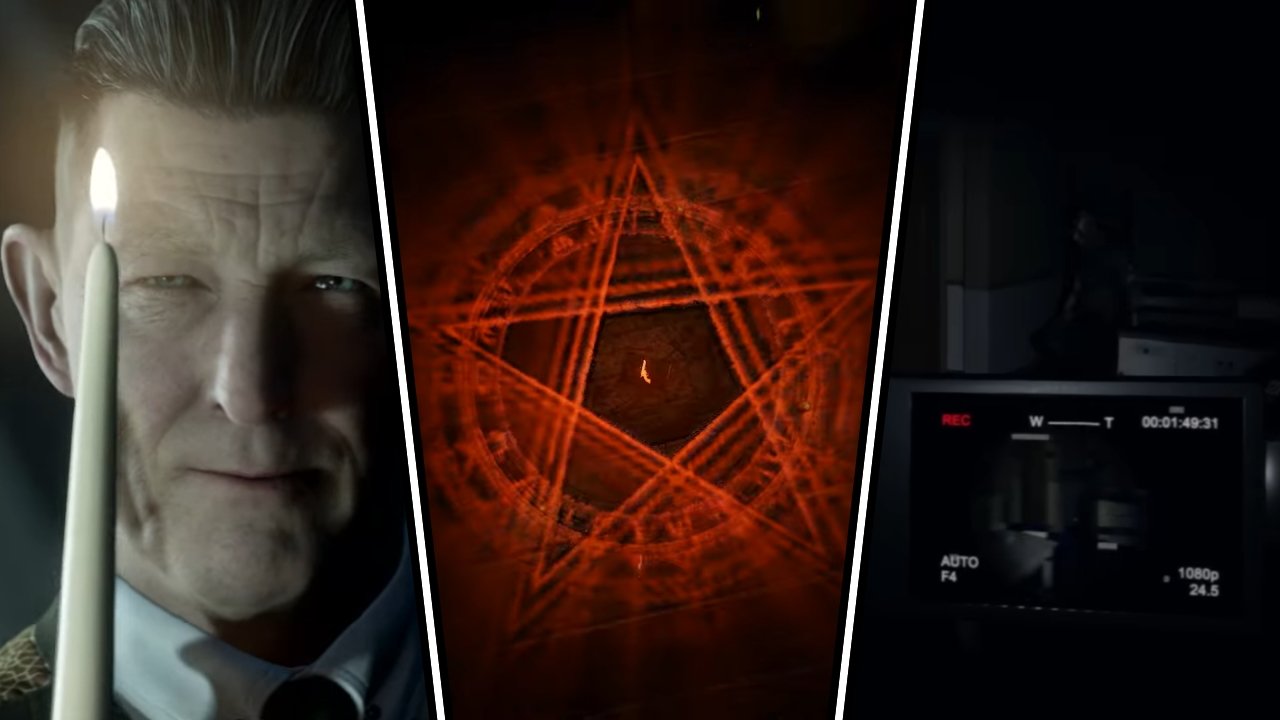 Your past has come back to haunt you. Literally, in the form of updated horror games that you should definitely give a second go in 2022. Shambling back from the grave, these six terrifying titles from years past have either received a wealth of updates or are due a major overhaul in the coming month to make them more terrifying than ever before. If you reckon you're brave enough, here are the best horror games to return to in 2022.

The best horror game to return to in 2022

The co-op ghost hunting craze of 2020 has steadily accumulated more and more harrowing content since its release. New ghosts and maps are one thing, but the Phasmophobia developers have also delivered a wealth of quality-of-life improvements. The most recent update brings an entirely new home base in which to prepare, daily and weekly challenges, restricted versions of some of the biggest maps, difficulty customization, and a whole lot more.

If you haven’t played Phasmophobia in a year or more, gird your loins. The visuals have been improved overall, but ghosts now act notably different depending on their type, and your targets are terrifyingly capable during their hunt phases. You’ll need to get more creative than just cowering in a closet whenever things kick off. More updates are still on the way, granting these sinister spirits new life for a long time to come.

Devour’s goat-grabbing exorcisms were an entertaining diversion from Phasmophobia for co-op horror fans. But the game’s single level at launch meant the fun was all too brief. Thankfully, the number of dreadful locales to cleanse has now expanded to four, and each one brings its own mechanics and scares to bear.

The first addition, Asylum, relies on tired horror disability tropes, but the subsequent Inn and Town levels prove far more creative in both mechanics and settings. They’re also seriously difficult. Halloween 2022 is the perfect time to grab three friends and see if your can measure up to the possessed terrors prowling Devour’s grounds. Just be warned that the Inn may be an issue for anyone with severe arachnophobia.

For those who prefer their horror plonked firmly with the campier, action-heavy genre quadrant, Resident Evil Village was ideal. This month finally sees the release of the game’s first major DLC, the Winter’s Expansion. While the new Shadows of Rose section looks intriguing, we’re more excited about the reasons to revisit the main campaign.

The DLC will add a third-person mode to Village’s entire story, letting you play through Castle Dimitrescu, House Beneviento, and all the rest in the style of the stellar Resi 2 and 3 remakes. There’s also plenty of fun to be had in Mercenaries mode too, where the giant vampire lady herself will become a playable character. That’ll keep us busy until the PSVR2 lets us tackle the game in virtual reality as well.

Forewarned is like Phasmophobia’s weirder, wonkier cousin. It’s also far more terrifying. Delving into Ancient Egyptian ruins to identify the Mejai trapped within is somehow so much more oppressive on your senses, even if the monsters and effects can often be quite janky. The unique threats the Mejai pose make the conclusion of every level a terrifyingly tense escape rush.

Since launch, Forewarned has received several major patches, including this year’s Eternal Banishment update. This added the extra optional challenge to collect relics from around each tomb, conduct a ritual in its depths, and permanently banish the Mejai trapped within. You’ll need to be pretty brave to pull it off, though.

Dead By Daylight is the game that keeps on giving for horror fans. Studio BHVR’s 4v1 multiplayer murderfest has continuously expanded its catalog of killers, including frightening faces from Resident Evil, Hellraiser, The Texas Chainsaw Massacre, The Ring, Silent Hill, and more.

This year saw Dead By Daylight undergo a massive restructuring of its progression systems and core mechanics, aiming to make the game less grindy for those who want to prestige characters and unlock all perks. As such, it’s a great time to jump in, though the sheer volume of powers and characters means you’ll likely want an experienced friend to show you the ropes.

6. The Dark Pictures: Man of Medan

The first entry in The Dark Pictures Anthology is far from the series highlight, but developer Supermassive Games recently revisited the ghost boat tale to touch it up and even bring new content. The primary purpose of the patch was to bring things in line with House of Ashes, the most recent Dark Pictures title. That equates new QTE warnings, increased walking speeds, improved UI, and new accessibility features.

What’s most exciting, however, is that Man of Medan has also received an entirely new chapter. According to the developers, the Flooded segment introduces “new gameplay and new deaths to the climactic ending of the game.” The update is free to anyone who owns Man of Medan on PC, Xbox One, or PS4, so get back in there, and see if you can keep everyone alive this time, yeah?

Are there any other updated horror games you’ve been enjoying in 2022? Let us know below so we can scare ourselves silly inside them.