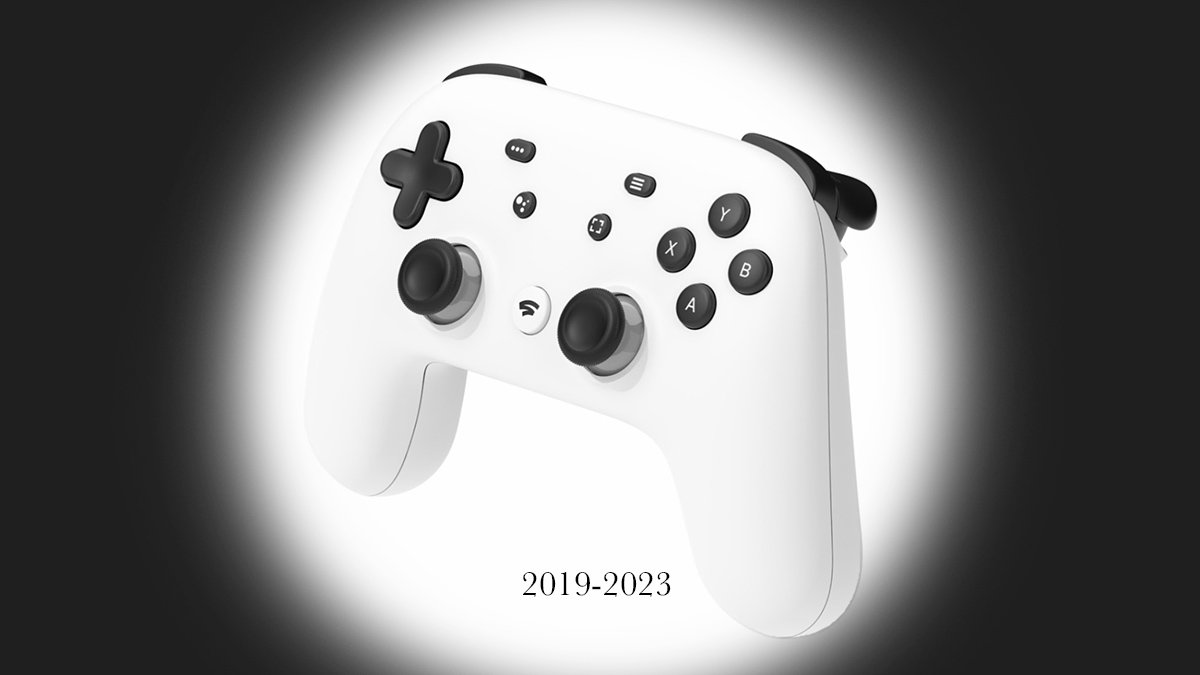 Google Stadia will cease operations on January 18, 2023, bringing to a close the latest attempt to bring cloud gaming to the masses.

Joining OnLive and GameFly, and leap-frogging past Gaikai/PlayStation Now and Amazon Luna on the golden escalator to the sky, Google Stadia managed three years and two months of game time before calling it quits.

Like those before it, Stadia was sold on the promise that the future of gaming existed outside the boxes console manufacturers would sell you, and could lead to greater access than ever before. Gaming through your native web browser on any device! On your phone! On the train! The toilet! Various other seats that aren't couches!

But unlike other services that attempted to get their respective clouds off the ground and into the stratosphere, Google – one of "the big five" tech companies, the most profitable enterprises to ever exist – had the rocket fuel and pulling power to do so. Supposedly.

Seducing big names like Phil Harrison and Jade Raymond away from their helms at the games industry's premier powerhouses. At one point even in talks with Hideo Kojima about an exclusive horror game before, in a move that seems emblematic of Stadia's downfall, canning the project allegedly as they did not see a future in single-player experiences. They made most of the right moves but without much of the follow through you'd expect with limitless resources.

At the very least, Stadia's failings can't be described as short-sightedness, if anything it was much more hyperopia than myopia. It's not necessarily the case that nobody wants cloud gaming, more that most people can't take advantage of it due to poor broadband infrastructure. However Microsoft's Project xCloud (and to a certain extent, PlayStation Now) persists as an added bonus to other subscription services, a nice feature if you can make use of it but otherwise not a needle mover – yet.

Perhaps Stadia's biggest misstep was trying too early, we weren't ready to appreciate the joys of playing Destiny using the airport Wi-Fi hotspot (unless you managed to get your hands on a Steam Deck). And in that respect, we salute its attempt to convert the masses, and celebrate the innings it did put in.

In the spirit of celebrating a life well lived, here is a list of things Google Stadia did outlive (or will have by the time it shuts down after three years and two months):

OnLive – its predecessor only managed two years before going into administration in 2012, and then being bought and liquidated by Sony as they launched PlayStation Now in 2015.

Ouya – a smaller scale but still memorable boom-and-bust micro-console that also only gave us two years of terrible adverts.

Babylon's Fall – the Square Enix and PlatinumGames multiplayer RPG is shutting down servers in February after launching this March. (Yes, it did launch btw.)

Splitgate – the innovative portal FPS that exploded in popularity this year and overwhelmed developer 1047's servers has halted development while they make a sequel that might be able to technologically handle such an influx of players.

The tenure of (at least) two UK Prime Ministers – when Stadia was launching in 2019, Theresa May was PM, swiftly followed by Boris Johnson, who has now given way to Liz Truss (whose support is already wavering). There's still time!

Google Stadia's demise might be heralded as some cautionary tale about overstating the appeal of cloud gaming, but if Google's litany of other shuttered projects should tell us anything, it's that this isn't entirely a missed market opportunity. The right use case, and the infrastructure to support it, would make cloud gaming an incredible everyday luxury. But those aren't things you can acquire as a pokey little information search engine giant with just a few trillion dollars of R&D capital. Apparently.