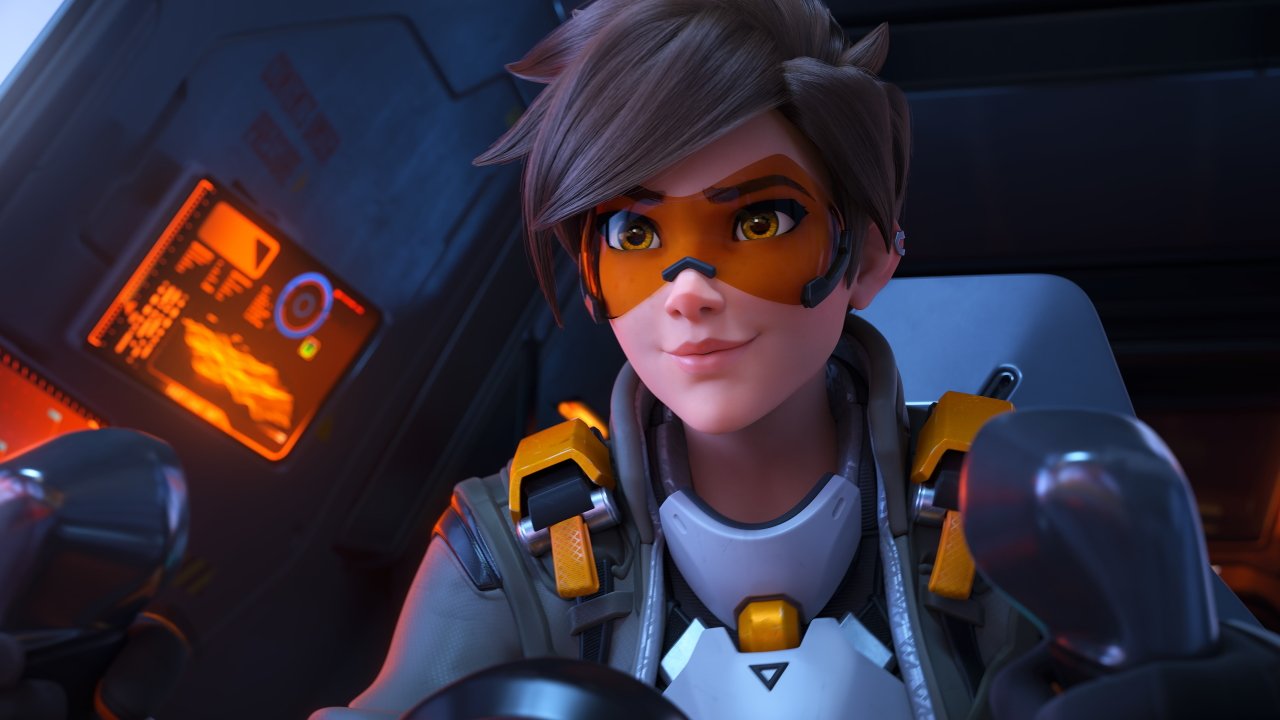 The lapsed player's guide to Overwatch 2

It didn’t even hurt when we fell off the bandwagon. We had our fun with Tracer and Hanzo, but it was time to move on. Or so we thought. Overwatch 2’s imminent release has plenty of former players considering a return to their old hero-shooter fling. But when so much has changed, can an old-timer still compete?

Allow us to pull you back onto the cart with a returning player’s guide to Overwatch 2. We’ll be covering the key changes introduced in the sort-of-sequel, including adjustments to player counts, class passives, armor systems, and more. Read on and whether you were a former crack-shot Widowmaker or rumbling Roadhog, you’ll be ready to face what’s new.

A quick note – we aren’t including minor balance adjustments here. A 2% boost to one ability or another isn’t going to mean much after years of absence.

Overwatch 2 is free (but there’s a catch)

Overwatch 2 replaces the original game entirely, and it also marks the swap to a true free-to-play model, instead of just making the game free every other month. Complete with all the monetization hooks any modern F2P carries, anyone will be able to load up and play, though there are significant initial restrictions for new players.

Loot boxes are gone from Overwatch 2 (any you still had will be automatically opened) but a new free and paid battle pass system is coming instead. Each battle pass season will cost around $10 for the paid version and crucially, the battle pass is where new characters will be introduced, starting with Kiriko at launch. It’s worth noting that owners of Overwatch can unlock Kiriko right away if they claim the Founder’s Pack in Overwatch 2 within the first two seasons.

Those who pay for the pass get the character immediately, while those who don’t will need to work all the way up to level 55 of the free pass to unlock them. Miss a character and you’ll have to wait for them to show up in special challenges or buy them directly from the store.

The biggest shakeup in Overwatch 2’s structure is that two players have been booted from the field of combat. Matches now support just five players per team, down from six. This has plenty of ramifications, including the fact that teams are now restricted to just one Tank class at a time.

With two fewer characters hurling shots and abilities into the fray, the overall chaos of matches has been reduced notably. On top of that, kills now matter far more. Eliminate an opponent and their team faces a significant handicap, opening up chances to make a move in many objective modes. In short, your life matters more than ever before.

Role passives are a thing

In Overwatch 2, each role type – Tank, Damage, Support – comes with a passive buff. Here’s how they break down:

Tank: Tank heroes receive a 30% reduction to knockback and grant 50% less ultimate charge to enemies that damage them.

Damage: Damage heroes gain 25% movement and reload speed for 2.5s after an elimination.

Support: Support heroes will self heal 15 HP/s after avoiding damage for 1.5s.

In addition, you’ll also be punished less for switching characters mid-match. You’ll now retain up to 30% of your Ultimate charge any time you change.

Another big technical change made in Overwatch 2 is how the game handles armor and health. Previously, armor provided a damage reduction of 5 to all attacks which hit it. Now, it reduces all incoming damage by 30%.

It’s a change that makes armor more effective against high-damage hits like Widowmaker’s sniper rifle, but less effective against weapons which fire multiple weaker pellets like Reaper’s shotguns. Overall it’s a large buff to Tanks, who are tougher than ever to compensate that only one is available to each team.

Temporary Health has also been adjusted. While it no longer decays, it will now grant enemies 50% reduced ultimate charge when hit, up from the 0% it was in the first game.

Finally, Overwatch 2 has adjusted pretty much everyone’s kits to reduce or remove stun and interrupt abilities. Reinhardt’s big hammer strike remains as does Ana’s sleep dart, but there’s been a concerted effort to reduce the prevalence of abilities that remove player control.

Cassidy for example – that’s the high-noon cowboy fella – has had his stunning flashbang grenade replaced entirely with a magnetic grenade. Expect to see adjustments like that across the board.

You can ping now!

If you haven’t played Overwatch in a few years, you probably forgot that this now staple of the genre wasn’t in the original game. You can now ping with Middle Mouse or G on PC, or using Left D-Pad on console. You can ping positions, objectives, or enemies, or use the radial menu for more complex concepts like a countdown timer.

New heroes and changes to the old

Depending on how long you’ve been out of the loop, you may have missed the addition of several Overwatch characters over the years. We’ll only introduce the newcomers here, as it’s them you’ll likely be seeing the most of when servers go live,

A Canadian Damage hero who deals damage to charge up a powerful railgun shot on her alternate fire. She can slide along the ground and fire an energy shot that slows enemies. Her ultimate allows her to auto-charge her railgun for a short duration. Sojourn is the former Overwatch Captain. Log in during season one to get Sojourn for free.

An Australian Tank hero who brings a new Bleed element to the game. Her primary weapon is a shotgun, but she can also use an axe in melee range or throw her knife to impact and pull enemies. These attacks deal Bleed damage over time, which in turn heals Junker Queen. She can also buff teammates’s health and speed with a shout, and her ultimate sends her charging forwards to hit enemies, inflicting bleed and denying healing. Log in during season one to get Junker Queen for free.

A Japanese Support hero with ties to the Shimada clan brothers Genji and Hanzo. Kiriko blends precise damage with healing and buffs. She can fling kunai to damage or throw out Ofuda that track and heal her allies. Kiriko also has a powerful Protection Suzu bell she can deploy to briefly make allies invincible and immune to status effects. She can also teleport to a nearby ally, even through walls. Kiriko’s ultimate creates a path ahead of her that boosts movement, reload, attack, and cooldown speed of all allies. Redeem the Founder’s Pack before season two ends if you played the original game to get Kiriko for free.

A few existing heroes have undergone major reworks too:

Bastion no longer swaps between walking robot and sentry form. His new abilities include a tactical grenade which sticks to enemies, and the ability to transform into Tank mode for 6s and fire his minigun while moving. His Ultimate, Artillery, launches three shells to any point on the map, dealing heavy damage.

Doomfist is now a Tank. He has increased health and deals less damage overall. Doomfist can also now block attacks, reducing incoming damage by 80%. Doing so charges up his next Rocket Punch with increased damage and range.

Orisa remains a tank but has been completely reworked into an offensive design. She no longer deploys shields, instead using a javelin which can be spun to deflect projectiles or hurled ahead to pin enemies to walls.

All the classic modes and levels return in Overwatch 2 (albeit with some visual alterations to some), but they’re joined by several new additions.

On the game modes side is Push, which sees both teams fighting for control of a fickle robot which shunts the objective between the two sides’ bases. Stay close while keeping the other team at bay to shift him toward the enemy’s home base and victory.

Eight new maps have also been announced, taking teams across the globe. Not all of these will be available at launch, but here are the ones we know of so far:

Overwatch’s SR rating used to represent a player’s skill is being removed entirely in Overwatch 2. Instead, the game will adopt a skill tier system akin to most other modern shooters.

Tiers will run from Bronze up to Grand Master, with each tier holding five subdivisions where 5 is the lowest and 1 is the highest.

“Tier Divisions represent the same skill levels as SR, but they give players a higher-level view of where they’re placed in Competitive,” explains Blizzard’s breakdown post. Each division represents approximately a 100 SR range. Players will receive a competitive update every seven wins, or 20 losses, instead of every single game.”

Wait a minute, wasn’t Overwatch 2 bringing a PvE story mode to the game with modifiable abilities and more? Well, yes, but not yet. Blizzard promises that co-operative story levels and Hero Missions will be added starting in 2023, so you’ll need to wait for that aspect, sorry!

And that’s how things are shaking up in Overwatch land with the new game launch! If you’re returning for Overwatch 2, we hope this piece has helped you get to grips with what on earth has been going on in your absence. Got any new friends ready to join for the first time in Overwatch 2? Link them to our beginner’s guide so they’re ready for everything the game will throw at them.