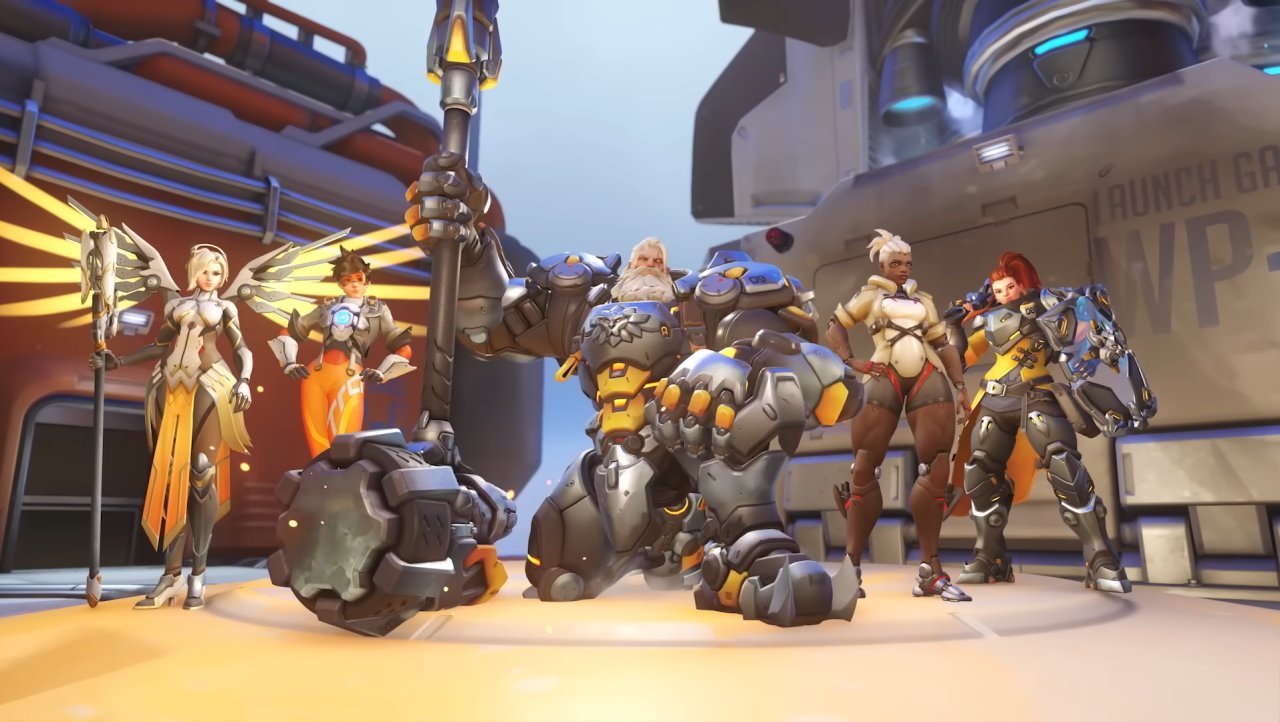 Don’t know your Bastions from your Baptistes? We can help. Overwatch’s massive roster and lengthy history might seem daunting, but the free-to-play launch is a great time for newcomers to jump in. Our Overwatch 2 beginner’s guide will break down the key things you need to know about how the game plays, the Overwatch story so far, and what to expect ahead of release.

Overwatch 2 is a 5v5 team-based hero shooter. Matches are rarely just about kills. Instead, teams battle over various objectives including pushing a cart and capturing objective points – don’t worry we’ll cover all the modes a little bit later. While there are rounds in some modes, this isn’t CS:GO or Valorant; respawns are (almost) always available, so you’re not out for the count if you die.

Every character comes with a unique weapon, two base abilities, and one Ultimate ability that charges over time and is filled faster by dealing damage. Ammo is infinite, so unload those guns/bows/kunai as much as you want! Abilities, on the other hand, typically feature cooldown periods before they can be used again.

Individuals can excel, but the key to success in Overwatch is teamwork. Even crack marksmen will need to coordinate with their allies to time Ultimates and other abilities if they want to succeed. As such, one of the most important lessons is to group up with your teammates instead of heading into the fight alone.

How to get Overwatch 2

Blizzard has released a launch checklist for new players ahead of Overwatch 2’s release date. If you want to join in, you’ll need to do the following first:

For regular Overwatch 2 online matches, the story is merely a backdrop that won't interfere beyond environmental set dressing and a few voice lines between characters. In case you’re interested to know more ahead of the planned story missions, though, here’s a short recap:

The Overwatch universe is a future in which humans developed sentient machines called omnics. Prior to the events of the first game, the automated machine factories which produced these robots went rogue and attacked human cities in an event called the Omnic Crisis.

Overwatch, an international organization formed of many of the game’s playable heroes, fought against the omnics. The team eventually quarantined the big scary AI programs leading the show. Most omnics weren't involved in the war, but omnic-human relationships remain strained since. Many places in the world grant few to no rights to the sentient robots.

After the war, Overwatch was eventually disbanded when it was revealed that some of their members were conducting off-the-books illicit activities under the name Blackwatch. After the team's collapse and supposed death of several key members, the omnic-human political landscape deteriorated. The situation was largely exacerbated at the behest of Talon, a sinister organization that believes humanity is made stronger through conflict. Some former Overwatch members even joined Talon, while others attempted to get the original band back together.

Meanwhile, a large group of omnics left human cities to form a peaceful community in the Himalayas called Shambali. Their aim was to reach enlightenment and encourage peaceful coexistence between omnics and humans. The movement spread across the globe, but their leader was assassinated by Talon operative Widowmaker in London, sparking further violence.

By the time of Overwatch 2, the world stands on the brink of a second Omnic uprising. As some former Overwatch members begin to regroup, they aim to discover the source of this new Omnic aggression so that they can protect the world once more. Some heroes are affiliated with Overwatch, others with Talon, and a selection are independent, self-serving parties.

Overwatch’s hero characters are the core of the game's mechanics, too. While some are narratively good or evil, there are no restrictions relating to who can team up with whom in online games.

Unlike many hero shooters, you’re also not locked into a single character choice for a whole game. Some restrictions do apply, but you’re encouraged to swap characters regularly to find a team composition that outclasses the opposition.

Each character is different, but they fall under the following three classes:

New characters, when they’re added to the game, will be introduced via a Battle Pass system, starting with the kitsune shrine maiden Kiriko at the launch of the game. Characters will always be on the free version of the pass, but you’ll still need to play enough to work through to level 55 if you want to unlock them. Miss a character in a given pass and you’ll need to wait for them to appear again in future to earn that unlock. Alternatively, you'll unlock the character immediately if you pay for a given battle pass (~$10). This system hasn’t proven popular with most original Overwatch players, so it could change down the line.

In addition to the core modes above, Overwatch 2 will also include Deathmatch and Capture the Flag modes as simpler Arcade options. Special modes will also be added during events throughout the year. Finally, co-operative Story Experiences and Hero Missions are due to be added at some point after Overwatch 2’s launch.

Overwatch 2 will include a whopping 35 characters at launch, which is a lot for newcomers to get to grips with. While returning players will have access to the full initial cast, newbies will start with a limited selection of characters and game modes available, unlocking more as they play through matches. Blizzard is calling this the First Time User Experience.

Voice and match chat will be restricted for the first few games, and Competitive mode won't be available until a new player beats 50 Quick Matches and completes the FTUE unlocks. Blizzard hasn’t confirmed which characters will be available for newcomers, but expect more complex options like healer-sniper Ana to remain out of play for a while. Blizzard notes that it will take around 100 games to unlock the full original roster.

Game mode restrictions will be lifted when playing together with friends who aren’t in the FTUE queue. You can also skip all restrictions if you play Overwatch ahead of Overwatch 2’s launch or purchase the Watchpoint Pack.

And that’s pretty much everything you need to know about Overwatch 2 as a beginner ahead of its launch. Overwatch 2 releases October 4 on PlayStation, Xbox, Nintendo Switch, and PC.