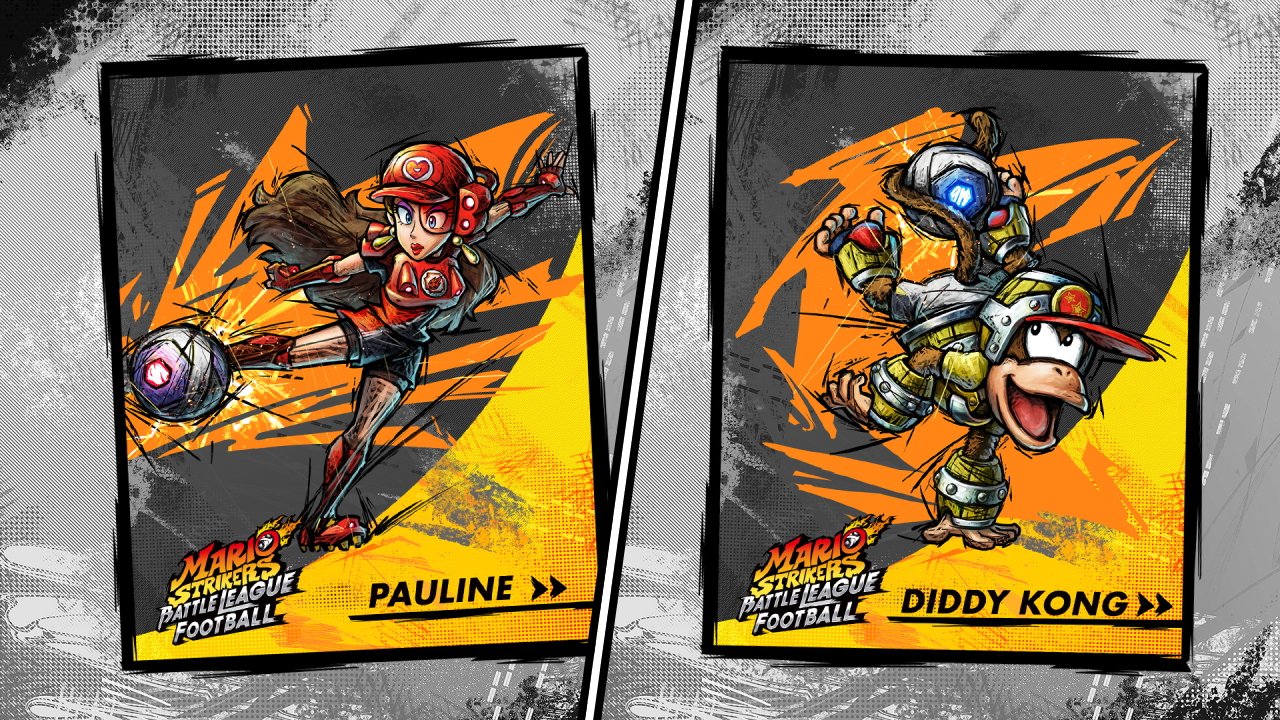 Fictional comedy manager and side will join their real-world counterparts when FIFA 23 launches.

The second free update for Mario Strikers: Battle League has arrived. The new update adds Diddy Kong and Pauline to the game’s playable roster, alongside a brand new stadium and new gear.

New Donk City mayor and singing sensation Pauline is described as a “physical powerhouse with fast movements and strong tackles.” She also uses a microphone during her Hyper Strike and to style on the opposition after slotting one in their net.

The ever jubilant Diddy Kong, meanwhile, is heralded as “a midfield speedster with dazzling techniques and high pass accuracy.” You’ll be able to watch him launch out of a barrel cannon as he smashes Hyper Strikes across the line.

Pauline’s base stats are:

Diddy Kong’s base stats are:

Pauline and Diddy Kong lead the way in the latest free update to #MarioStrikers: Battle League Football, and it's available now! pic.twitter.com/1oPx1mtcCj

New gear arrives in the form of the Barrel set. These new rotund outfit choices boost passing and shooting at the cost of other stats. There’s also the new Planetoid stadium choice which takes matches to a grassy turf on an orb surrounded by satellites and other planetary bodies. Much like the other stadiums, however, there are no practical differences when playing on it compared to another arena.

Finally the patch notes for the update also include several tweaks to systems including a change to the order in which you manually switch between characters and an increase to the number of Coins earned per match. Some subtle changes not listed in the patch notes include new animations when loading into a game.

Here are the full patch notes: