Looking behind the trailers. 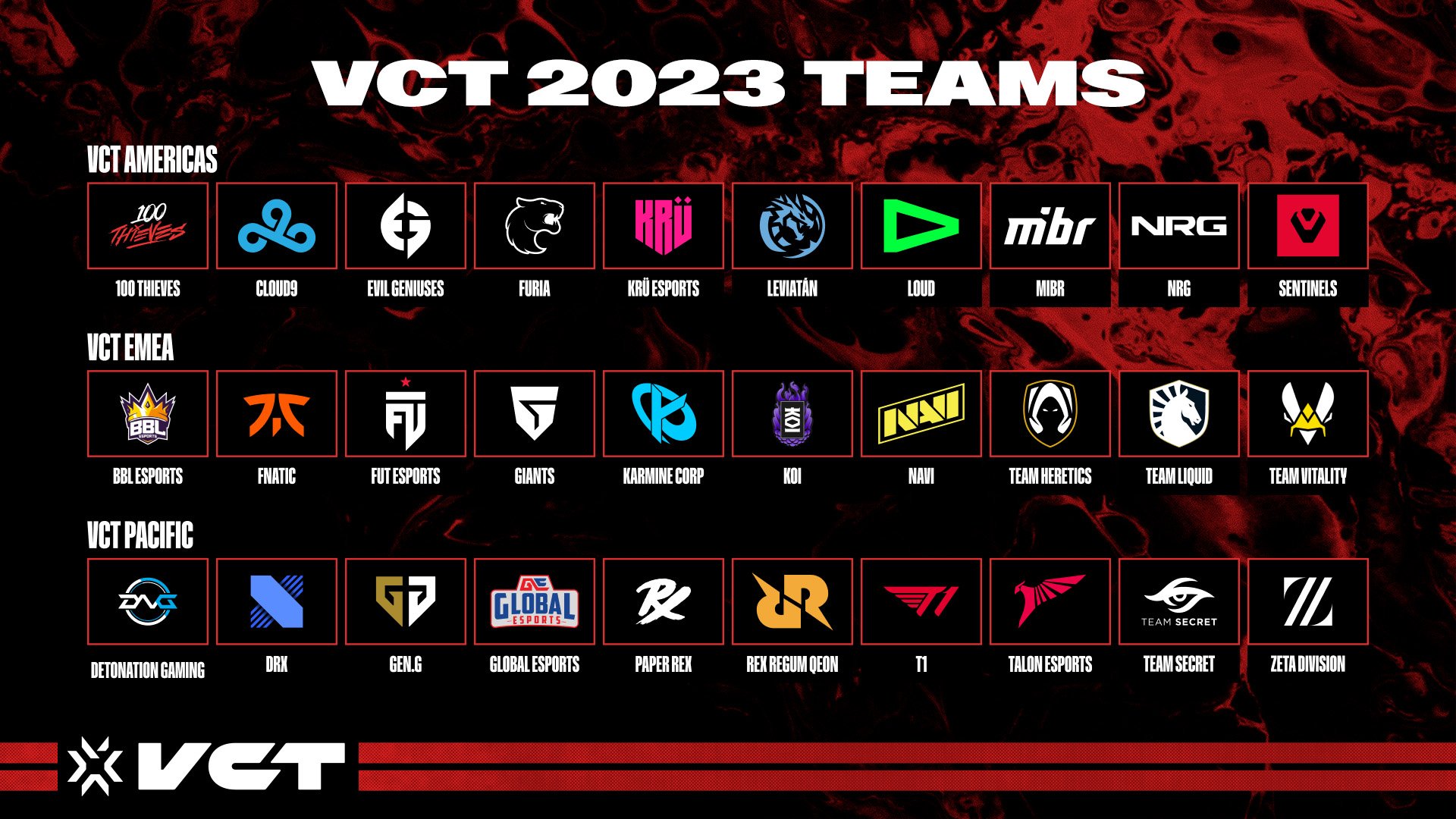 Next year will be different. Riot recently announced that the Valorant Champions Tour 2023 will be making the shift into an international leagues format. Regional tournaments for the Americas, EMEA (Europe, the Middle East, and Africa), and the Pacific will host select franchise teams as they compete to be the best in their league before moving on to the worldwide Masters and Champions competitions.

Today, Riot unveiled which sides will form the core roster in each of its regions for the 2023 Champions Tour, and there are certainly a few eye-raising exceptions. Before we dive into any points of contention, here are the Valorant Champions Tour 2023 teams for each region.

VCT’s Americas league brings North and South America together for fierce competition. With both USA and Brazil falling into the same competitive bracket, this looks to be one of the most tightly contested leagues in the block. Matches are set to take place in Los Angeles, USA.

EMEA has always been a hotbed of talent in the FPS genre, and Valorant is no exception. The likes of Fnatic and Team Liquid are no surprise, but there are plenty of new sides included with a chance to prove their worth when brought under the wide net of EMEA. Matches are set to take place in Berlin, Germany.

Packing in the best from Korea, Japan, Southeast Asia and more, the Pacific region is looking particularly spicy as we head into 2023. DRX are certainly the top contenders so far, but can rivals like Paper Rex and Zeta Division take this chance to upset them? Matches will be hosted in Seoul, South Korea.

While future years will have two league seasons. The inaugural run in 2023 will see all 30 teams from the three regions invited to a massive kickoff tournament in Sao Paolo, Brazil, early next year.

If you followed the recent conclusion to Valorant Champions 2022, a few names will immediately stand out as absent. North America’s current top dogs of OpTic Gaming finished second in the world at the close of 2022, yet find themselves without a spot at the start of the 2023 season. Likewise EMEA’s FunPlus Phoenix, winners of Masters Copenhagen in 2022 are also missing, as are North America’s XSET.

In the studio’s team reveal blog post, Riot lays down the groundwork for the season, listing the core values teams needed to have to get accepted. The developer also noted that results weren’t a guarantee of entry:

“It’s worth addressing directly that while we respect and celebrate past competitive performance, it was not a key consideration in our decision - as we instead focused on an organization’s ability to create the most compelling VCT for fans in the future,” the post reads.

Those who didn’t make it in still have a shot through the year’s Challengers leagues. These will build upon in-game tournaments to help foster new talent and allow other sides to rise through the ranks and fight their way into international Valorant competition.