An Elden Ring board game is on the way

Limgrave in your living room. 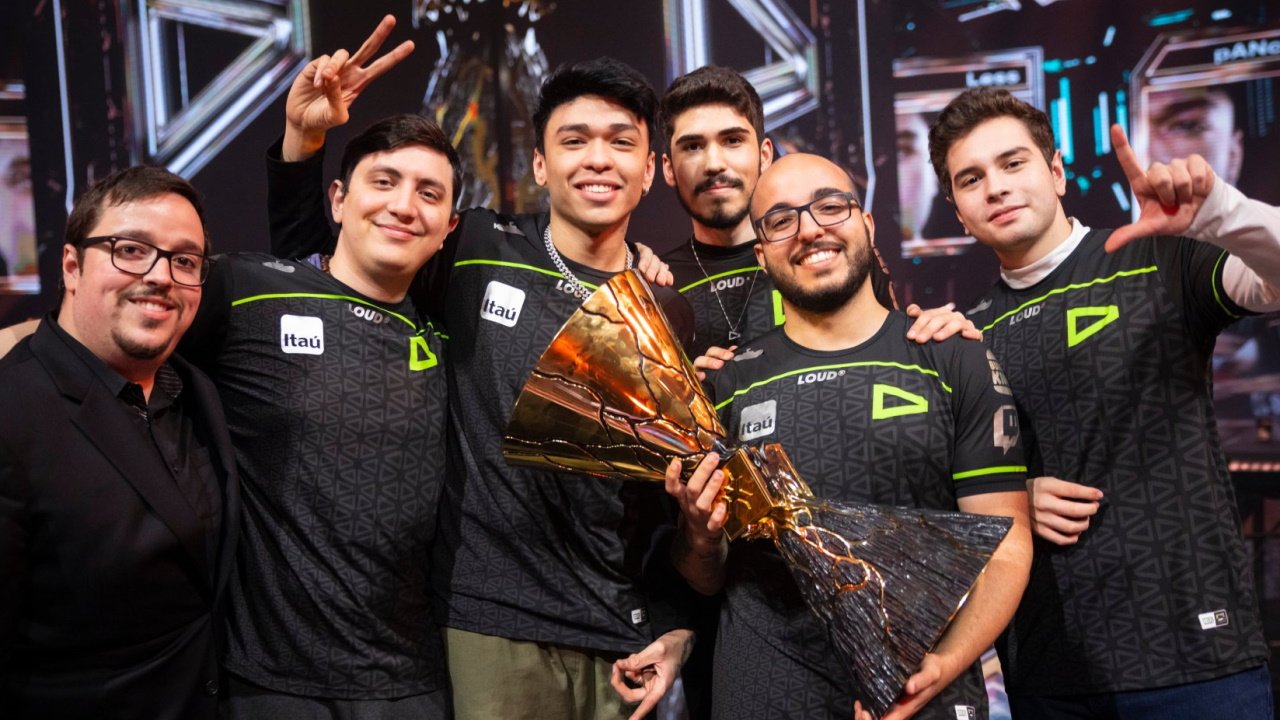 North America? Europe? Forget about ‘em. This weekend, South America came to play. Valorant Champions 2022 saw Brazilian organization Loud bring out the big guns as they blasted through the bracket to claim the trophy.

Dropping just two maps from the group stages and all the way to the trophy, Loud are the Valorant Champions 2022 winners. The top-qualified Brazilian team of pANcada, Sacy, Saadhak, aspas, Less, and coach bzkA recovered from a lackluster performance in Copenhagen to enshrine their place in the game’s history.

You couldn’t really have asked for a better end to Valorant’s esports calendar. Hosted in Istanbul, Turkey, Valorant Champions 2022’s concluding phases saw the likes of Korea’s DRX, EMEA’s FunPlus Phoenix, and North America’s OpTic Gaming tussling for their shot at the trophy.

While the Grand Final certainly delivered a spectacle, the journey there was arguably even better. In the upper bracket, Loud dominated, winning all of their matches 2-0 on the path to the final. Down in the lower bracket, however, things got spicier. DRX proved to be EMEA’s downfall, overturning their past results versus Fnatic and then following it up with an impressive 2-0 victory against FunPlus Phoenix. Sorry Euro-fans!

The Lower Bracket Final might well have been the highlight of the tournament, as North America’s OpTic Gaming attempted to stop DRX’s deadly run. The two sides went toe-to-toe across a full five maps. OpTic took a rapid two-map lead only for DRX to fight back and bully their rivals on Fracture and Ascent. Eventually, it all came down to Haven. The North American just edged it out thanks to another spectacular performance from sharpshooter Jaccob "yay" Whiteaker.

Could OpTic fare any better vs Loud in the Grand Final than in their upper bracket clash? Yes, and then some. The showdown may have ended 3-1 in Loud’s favor, but with two matches going into Overtime, it was a nail-biting affair. Breeze proved the real climax, as each side traded round after round to push the game into overtime.

It took a full 30 rounds before the Brazilians clinched victory. From there, OpTic’s tank had run empty. The NA favorites scraped together just five rounds on Haven as Loud’s unified yet bombastic playstyle overwhelmed them round after round.

Below are the full Valorant Champions 2022 winners and results.