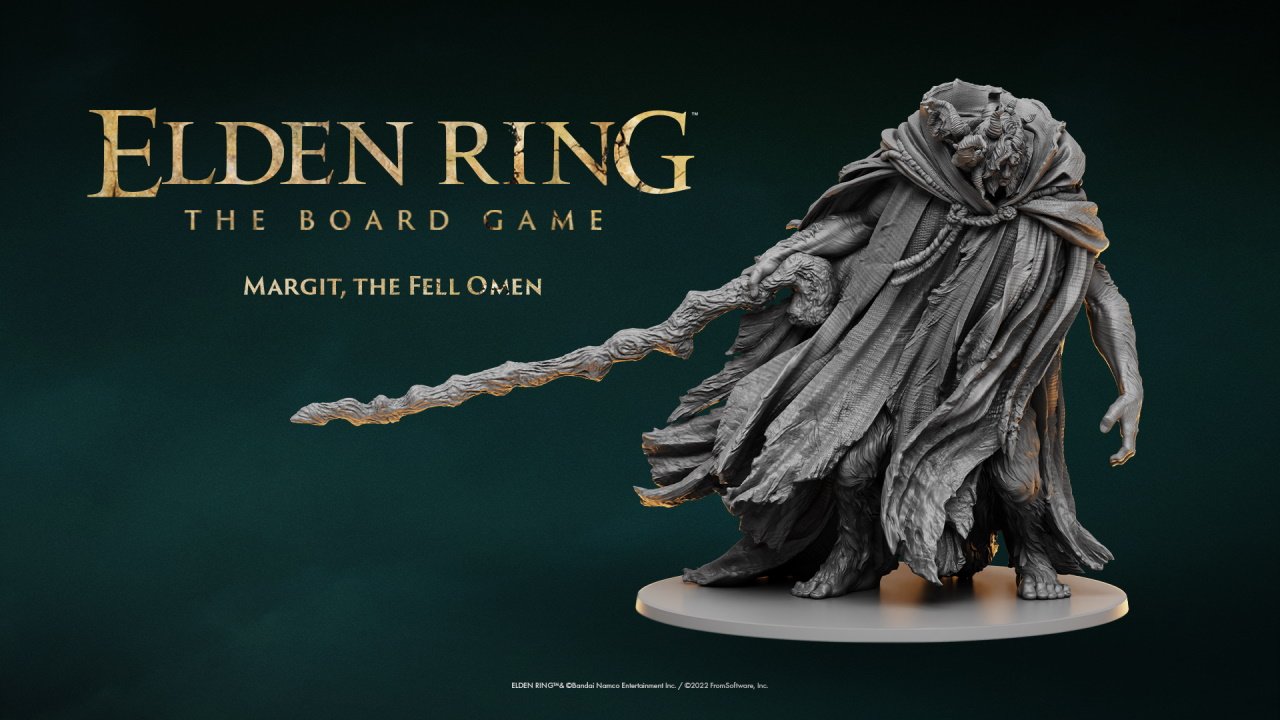 An Elden Ring board game is on the way

The Lands Between could soon be on your tabletop thanks to the announcement of an Elden Ring board game.

The adaptation is being handled by Steamforged Games, whose previous works include a full compendium of video-game-to-tabletop conversions. The publisher has most famously crafted Dark Souls: The Board Game, but also worked on Monster Hunter World: The Board Game, Horizon Zero Dawn: The Board Game, and multiple Resident Evil tabletop boxes. The Dark Souls adaptation became one of the platform's highest-funded campaigns, raising more than $5m USD in 2016.

Elden Ring: The Board Game marks Steamforged’s sixth partnership with Elden Ring publisher Bandai Namco. The game will see up to four players will enter the Lands Between as Tarnished, traveling through its locations on “a huge and varied adventure” as they encounter recognizable figures and foes. Let’s hope that those freaky bird things from Caelid aren’t included.

“The video game’s characteristically challenging fights will be recreated by intelligent dice-free combat, requiring players to strategise and adapt their plans during each encounter – whether that be a lowly Godrick Soldier or the Grafted King himself,” promises a press release accompanying the announcement.

Given Steamforged’s other adaptations, would-be investors can expect a sizable selection of miniatures to replicate iconic bosses from the video game. The early announcement included a first look at Margit the Fell Omen in mini form. Whether he’ll prove quite the same hurdle here as he did in the digital game’s release remains to be seen.

“Elden Ring is a stunning, genre-defining video game, and we are humbled and privileged to be bringing it to your tabletops,” said Mat Hart, Steamforged Games co-founder and chief creative officer. “To say our team is passionate about the game would be an understatement.”

Much like Steamforged’s other adaptations, the game will be funded through Kickstarter. The date for the campaign launch has yet to be set, and further details relating to how combat and exploration will work are planned in the run up to the campaign launch. A full list of the project Steamforged Games has run is available on the publisher’s Kickstarter creator page.

And while you wait for Elden Ring: The Board Game, you can always dive into the digital version now on PlayStation, Xbox, and PC. We even have a handy list of places to visit first for newcomers.