But don't expect a reveal at the Tokyo Game Show. 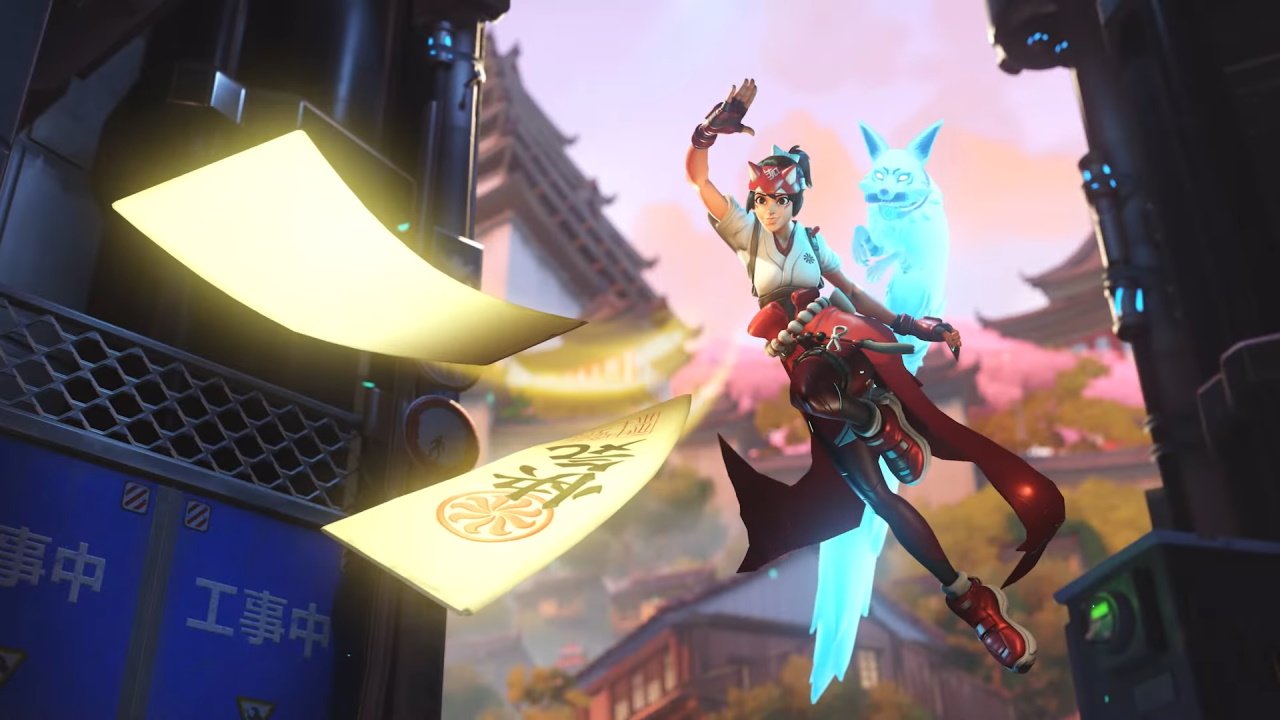 The existence of the mysterious fox girl may have leaked several days early, but Overwatch 2’s latest new hero, Kiriko, has now been officially unveiled.

Appearing in Xbox’s Tokyo Game Show 2022 broadcast, Japanese hero Kiriko is a support and comes dressed as a kitsune shrine maiden in one of her revealed outfits. She’s capable of tossing kunai at her enemies with one hand while healing her allies with Ofuda homing projectiles from the other.

Her backstory ties directly to Overwatch’s Shimada clan brothers of Genji and Hanzo. The siblings were trained alongside her by her mother long before the clan disbanded. We get a good look at all her abilities in the new footage, including her ability to teleport around the map to aid an ally in need. Check out Overwatch 2’s Kiriko in the new trailer below:

Similar to Genji and Hanzo, Kirko is capable of scaling walls to get around each level. She can also toss down a very short-term barrier to all allies in a nearby area, protecting them from damage and cleansing negative status effects. In the trailer we get to see a group entirely ignore Junkrat’s Ultimate as they press forward protected from damage and knockback. A handy counter to powerful interrupts and disables like Reinhardt’s Earthshatter.

Kiriko’s Ultimate sees her summon the spirit of a kitsune (fox) to rush forward and guide her team, boosting the movement speed, attack speed, and reload speed of all allies in its path, as well as reducing their cooldowns. We’ll likely get a full breakdown of how her abilities work more precisely soon.

Kiriko joins several other new heroes confirmed for Overwatch 2, including the canadian Sojourn and Australian Junker Queen. Following several closed beta periods, Overwatch 2 is set to launch as a free-to-play title on October 4. Kiriko will be available immediately to anyone who purchases the game’s first battle pass.