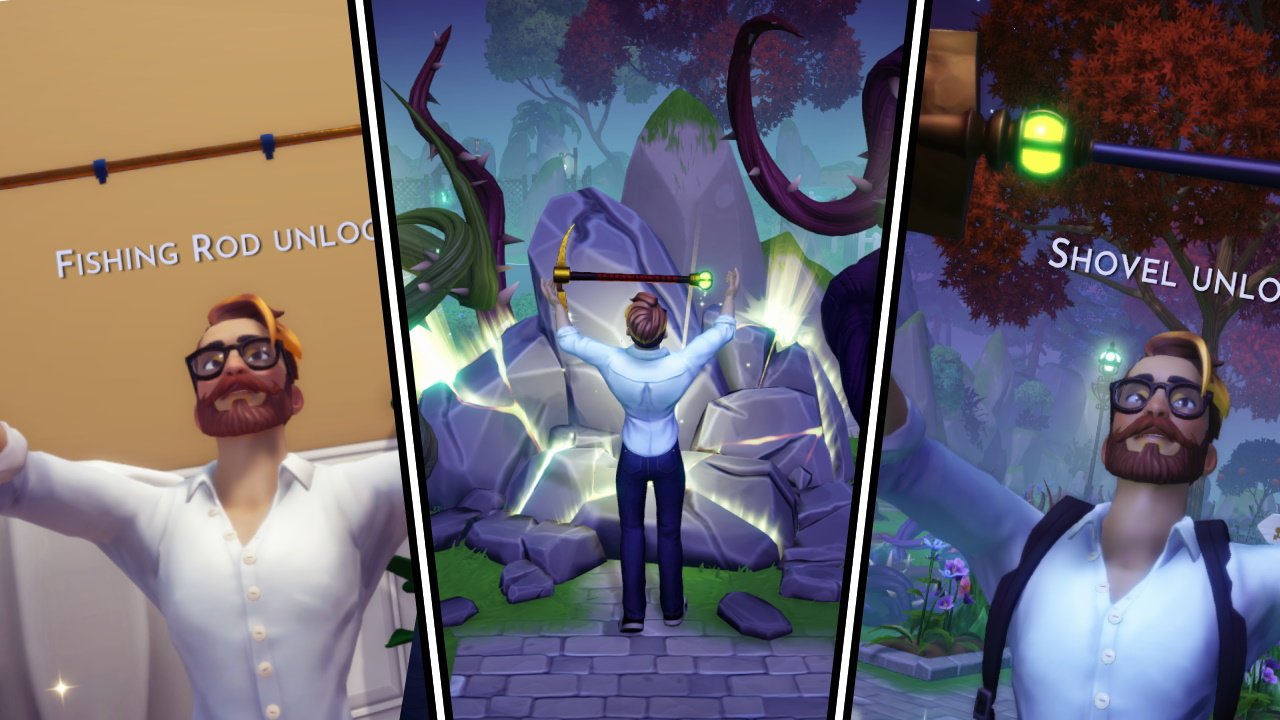 But don't expect a reveal at the Tokyo Game Show.

On the map above, we’ve marked all the Royal Tools locations in Disney Dreamlight Valley. All four can be grabbed early, or you can get them as part of quests to help Mickey, Goofy, and others around the village. Below you can find more explicit instructions for each item.

Where to find the Pickaxe

The Pickaxe is hidden in the southeast corner of the Plaza. Head straight south from Chez Remy and you can find the Pickaxe location in Disney Dreamlight Valley a little way behind Scrooge McDuck’s shop. Once you’re near, you’ll see it embedded in a large stone clump. Clear a path to it then grab the Pickaxe to start smashing rocks. You can hold Right Click or X to destroy rock clumps and mine ore sections on walls.

Where to find the Shovel

The Shovel is another Royal Tool you can grab very quickly. Exit your house and head left to the central well of the plaza in front of the castle. Keep going straight over to Chez Remy’s place to find the shovel in amongst some thorns next to a lamppost on your left.

Where to find the Watering Can

The Watering Can is one of the easiest items to grab but also to miss! The Watering Can location is in the yard just to the right of your house. Clear the vines and look for it behind the barrels to the side of the building. You’ll need the Watering Can for Mikey’s second quest, so make sure you grab it as soon as possible!

Where to find Fishing Rod

The fishing rod is one of the trickiest tools to find, as it’s actually tied to Goofy’s first quest! You’ll need to have the Pickaxe already, so grab that first. Once you have it, head south from the plaza and break the rocks to reach Peaceful Meadow.

Once you’ve learned where to find the Royal Tool locations in Disney Dreamlight Valley, head back to Merlin in the Plaza and speak with him to complete the next stage of his quest! You now have all the tools you need to start properly exploring and clearing the plaza while you make friends!