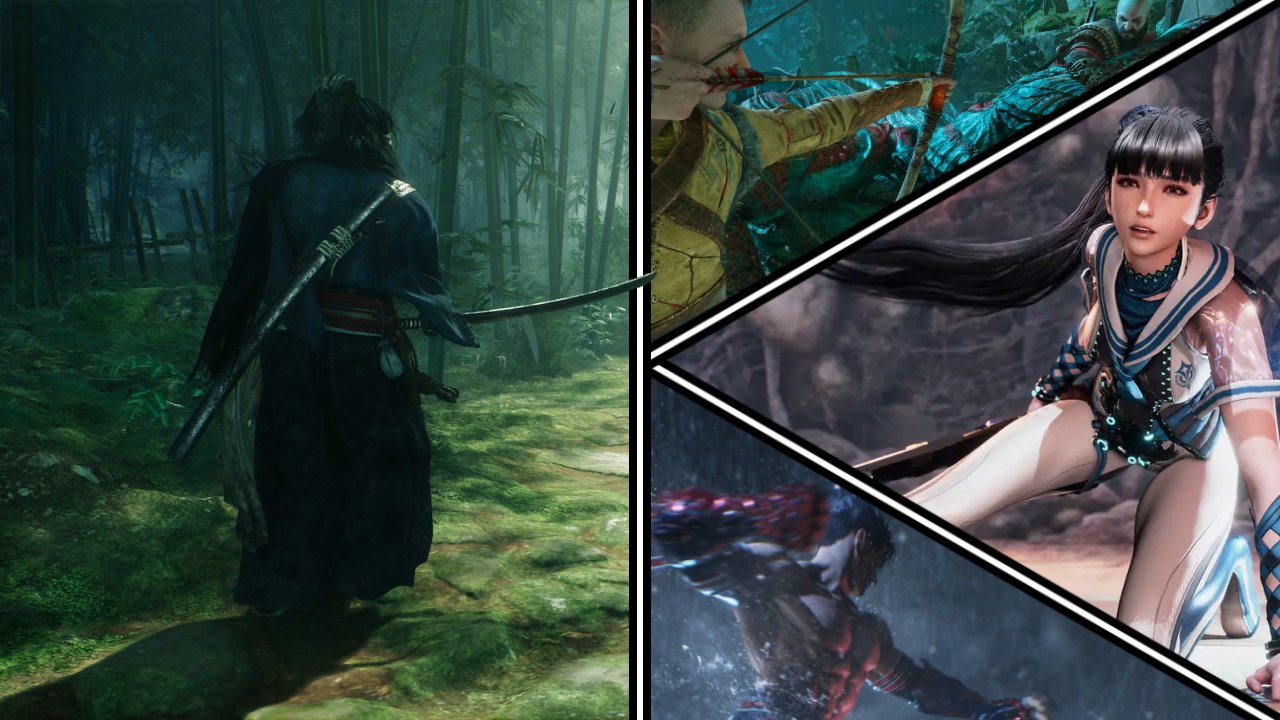 As if the day’s earlier Nintendo Direct wasn’t enough, Sony went and dropped a cavalcade of trailers on us in the studio’s September 13 PlayStation State of Play. Arriving ahead of the Tokyo Game Show 2022 this week, the 20-minute broadcast crammed in God of War Ragnarok, Tekken 8, Like A Dragon: Ishin and more.

Looking to catch up on everything from the show? We’ve gathered up all the trailers Sony dropped on their way out the door to bring you all the announcements and trailers from the State of Play on September 13..

PlayStation State of Play recap: All trailers and announcements

Despite a sharp runtime of just 20 minutes, the State of Play was crammed full of major announcements covering PS5, PSVR2, and PS4 games. The showcase whizzed by, so here are all the trailers you might have missed, even if you were watching!

Coming out swinging, Tekken 8 opened the show with a trailer showing Jin and Kazuma throwing down in an apocalyptic environment. Tekken 7’s signature slow-mo impacts return, and there was an emphasis on the breaking of chains as the number eight appeared toward the trailer’s end. Tekken 8 is on the way, but there’s no release date yet.

Previously a Quest exclusive, The Star Wars VR adventure from Lucasfilm’s ILMxLAB will make the jump to PS VR2. The Enhanced Edition will make use of the PS VR2’s haptic feedback and 3D audio to immerse you even further.

Another VR title shifting over to the next-gen headset is virtual-reality dungeon-crawling board game, Demeo. Roll dice and play cards around a virtual table with your friends as you battle through monstrous foes. The PS VR2 release promises improved shaders, 120Hz refresh rate and different “weights” to pieces delivered through haptic feedback. It’ll also be available in non-VR form on PS5.

Ryu Ga Gotoku’s Japan-exclusive Yakuza game finally gets a global release with this upcoming remake of Like A Dragon: Ishin! Originally released in 2014, the story is set at the end of the Tokugawa Shogunate’s reign in 1860s Kyo, a fictionalized take on Kyoto. Alongside lead hero Sakamoto Ryoma, several characters from other Yakuza titles will show up, including Kazuma Kiryu and Goro Majima. Like a Dragon: Ishin! releases February 2023.

Hogwarts Legacy popped up briefly with a trailer for the PlayStation version’s exclusive quest called Haunted Hogsmeade. Concerns over bizarrely outdated promotion decisions aside, it appears to follow the main character coming into possession of a haunted shop where they’re chased by spooky mannequins and more. Hogwarts Legacy releases February 10, 2023.

First-person survival games are common. First-person driving survival games less so. Set in the pacific northwest of the United States, Pacific Drive sees you navigating the Olympic Exclusion Zone, an unsettling place in which otherworldly events occur and unsettling creatures reside. It’s a debut title from Ironwood Studios and is coming to PS5 and PC in 2023.

The State of Play gave us another update on PlayStation Stars, Sony’s previously announced digital collectibles rewards program. 3D models you can hoard include models of previous consoles and devices as well as classic characters from games like Ape Escape. PlayStation Stars is launching first in certain regions of Asia in late September before arriving in the Americas and Europe afterwards.

Hop into a mech and partner up with an AI companion as you explore the post-apocalyptic world of Amazia in Synduality. Toxic rain has wreaked havoc on the planet and population, spawning dangerous creatures which hunt anything above the surface. Dystopian? You betcha. The combat/harvesting mech you take into battle is called a Cradle Coffin. But hey, at least it’s customizable to your tastes.

Formerly titled Project Eve, Stellar Blade sets protagonist Eve and her improbably skintight costume in acrobatic combat against monstrous creatures called NA:tives. Returning to an Earth on which Humanity was believed to be extinct, Eve partners with a survivor called Adam from the lone remaining city of Xion. The new trailer divulges some backstory about the world and teases shots of rapid action combat reminiscent of Nier Automata. It’ll arrive as a PS5 exclusive in 2023.

Nioh developer Team Ninja delivers a new action RPG set in Japan’s Bakumatsu period. As the Tokugawa Shogunate approaches collapse, the nation must contend with the increasing influences of the West. The player takes the role of a Ronin, a warrior with no master in this historically inspired story. The trailer shows off impressive combat sequences which mix katanas with the firearms new to the era. It’s scheduled to release in 2024.

And finally, after teasing us with a brief look at a Ragnarok DualSense controller, Santa Monica Studio finally gave us a lengthy look at the upcoming return of Kratos and Atreus. In the new footage we get to hear Tyr, and Odin question our big grumpy hero as he follows his son on a new path through Norse mythology. There’s plenty of combat shown off too, with new move including a grappling hook lunge attack and the ability to hurl rock chunks. God of War Rangarok releases November 9.

Want to watch the entire State of Play through? We’ve embedded it below for easy viewing:

What was your favorite trailer from the September 13 State of Play? Check out the day’s other announcements in the Nintendo Direct recap for more trailers on a different platform.